Natural medicines are much like people. They’re complicated and they respond in vastly different ways depending on the given circumstances. In the case of herbal remedies, the issues of how a plant is grown, the extraction method by which the “active ingredients” are attained and the dosage administration can very easily be the deciding factors that determine its therapeutic potential. But there’s an important consideration beyond efficacy that should always be kept in mind – safety. The fact that something is naturally derived does not necessarily guarantee that it’s harmless. A recent study conducted on Tripterygium wilfordii (Thunder God Vine) provides an excellent example of the complexity involved in researching and selecting the best holistic options. 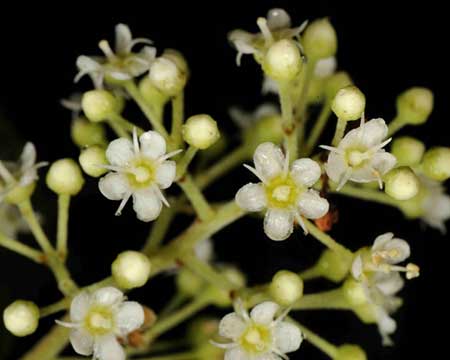 Rheumatoid arthritis (RA) is an autoimmune condition that causes disfigurement, pain and swelling in joints. RA is not generally considered a degenerative condition in the same way as osteoarthritis (OA). However, it is estimated that about 10% of RA patients eventually suffer disability due to joint destruction. Most doctors and patients are aware of the many anti-inflammatory and anti-rheumatic medications that are currently utilized to manage this incurable disease. But Thunder God Vine is a natural option with decades worth of scientific validation that is neither widely discussed nor prescribed. (1,2,3)

A brand new study appearing in the Annals of Internal Medicine may be just the ticket to help popularize Tripterygium wilfordii (TwHF) in the West and worldwide. The beauty of this current trial is that: a) it was supervised by the National Institutes of Health and the University of Texas; b) it was conducted in a human population; and c) it compared the effects of this root extract to a commonly used anti-inflammatory medication, sulfasalazine (SSZ).

121 volunteers with RA participated in this 6 month experiment. Half of the participants were given 60 mg of Thunder God Vine (TwHF) three times daily. The remainder received 1,000 mg of sulfasalazine (SSZ) twice daily. All of the volunteers were allowed to continue using “stable doses” of prescriptive anti-inflammatory medications. But, they were asked to stop any anti-rheumatic drugs 4 weeks prior to the start of the trial. (4)

Blood tests, x-rays and standardized evaluations were the bases by which the relative failure or success of these therapies were measured. Here are some of the primary findings of this scientific inquiry:

The blood test results were also quite intriguing. Those receiving Thunder God Vine showed a much more significant decline in interleukin-6, a marker of inflammation. The reduction noted was a nearly 6 times greater. Similar observations were made when looking at the levels of “rheumatoid factor” in both groups. Once again, the herbal medicine outperformed its synthetic counterpart.

In terms of side effects, there was quite a bit of important data to mull through. The researchers did not detect any changes in blood pressure, body weight, insulin sensitivity or stress hormone concentrations in the TwHF group. They did however discover an increase in both “good” HDL and “bad” cholesterol levels. However, the changes did not contribute to a negative or positive shift in the ratio of “bad” to “good” cholesterol.

More of SSZ patients reported adverse reactions. It’s also important to mention that the side effects noted in the SSZ group were more likely labeled as “moderate to severe”. Most of the adverse effects in both groups related to gastrointestinal issues.

In prior studies, there have been reports of mild to serious complications associated with the use of TwHF. The concerns presented in some of those studies have led scientists to try to find novel ways to make this natural medicine safer. A few methods that have been investigated include: a) combining TwHF with other herbs such as licorice and/or a variety of traditional Chinese herbal blends; b) creating a “sustained release” tablet that allows for the medicinal properties to disperse over the course of several hours; and c) administering TwHF in topical preparations. (5,6,7,8,9,10,11,12,13)

TwHF is An Effective Adjunct to Conventonal RA Care

The authors of this most current trial theorize that many of the adverse reactions attributed to TwHF may have to do with issues relating to the extraction and/or purification processes employed by some manufacturers. Here, the scientists used a multi-step procedure to help improve tolerability and reduce the risk of toxicity. These added steps appear to have accomplished their goal.

There’s little question about the therapeutic activity of Thunder God Vine in the management of rheumatoid arthritis. Many animal and human studies attest to its value. But an effective drug, natural or otherwise, is impractical if it causes more harm than it’s worth. It now seems that science is discovering ways of accentuating the positive attributes of this traditional herb while at the same time leaving behind its more dangerous elements. I’m hopeful that further research will help us better understand how to best utilize this much needed Chinese treasure. (14,15,16,17,18,19)