There are several stages in the time line of any disease. Even before any symptoms are evident, there are physiological forces at work in the body that eventually bubble to the surface. Take varicose veins, for example. If you have a genetic predisposition for chronic venous insufficiency (CVI), you may not see the effects until well into adulthood. But that doesn’t mean that the forward march of this condition is inevitable and solely based on advancing age. If you understand the genetic blueprint that nature plans for you to follow, then you can proactively work to change that course. In the instance of CVI, this may be achieved by lifestyle modification and the selective use of nutritional supplements. 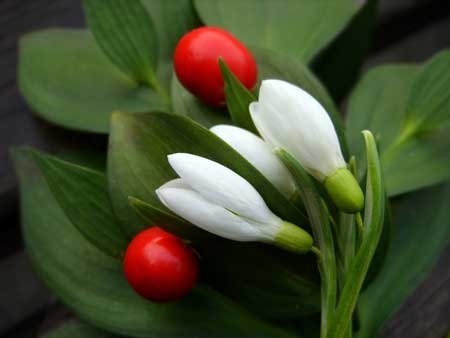 Several conditions with different names are all closely related: chronic venous insufficiency (CVI), hemorrhoids, “spider veins” and varicose veins. CVI basically describes the process by which the other three symptoms are developed. Specifically, dysfunctional valves in the legs prevent blood from flowing efficiently back toward the heart. This causes blood to accumulate in the lower regions of the body, which then leads to pressure build-up, damage and disfigurement of the capillaries and veins.

Apart from the aesthetic issues relating to CVI, there are other symptoms that can also be quite troublesome. A sensation of cramping, fatigue, heaviness, pain and swelling is quite common in the feet and legs. This is sometimes accompanied by itchiness and changes in pigmentation (skin color), thinning of skin and the possibility of blood clots and ulcerations. (1)

A natural, common sense approach can be employed to counter many of the genetic or lifestyle induced consequences of CVI. Exercising regularly, eating a whole food based diet, maintaining a healthy weight, avoiding standing for prolonged periods of time and limiting leg crossing while seated are often recommended. But beyond that, there is a specific combination of natural substances that have proven their worth in the arena of CVI for more than 50 years.

The first scientific mention of butcher’s room (Ruscus aculeatus) that I found was published in 1951. Since then, many clinical trials have investigated its effects in improving conditions that are influenced by inadequate circulation. In 2001, a medical summary appeared in the journal Alternative Medicine Review. The authors of that piece present evidence that this little known plant may be helpful in managing edema (fluid retention), diabetic retinopathy, hemorrhoids, orthostatic hypotension, PMS and venous insufficiency. (2,3,4)

More recent studies have helped to solidify the role that butcher’s broom, along with a few supportive ingredients, can have in the natural management of varicose veins and more. Let’s examine several of the most current studies: 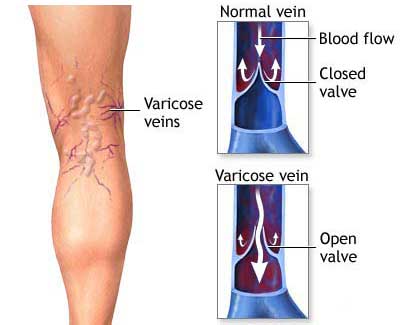 There have been a few interesting developments of late that may help to explain the multimodal action of Ruscus aculeatus in supporting venous health. It appears that one of the primary components of butcher’s broom (ruscogenin) may be a potent anti-inflammatory which protects against harmful reactions within the inner lining of blood vessels (the endothelium). It’s also interesting to note that the berries of this plant are rich sources of powerful class of antioxidants known as anthocyanins. These are phytochemicals that are abundantly found in red wine and supplements such as Pycnogenol (derived from the bark of French maritime pine trees). Anthocyanins are believed, among other things, to support the integrity of capillaries and veins. Perhaps this is why a few preliminary studies have also discovered great potential in Pycnogenol for the management of CVI. (16,17,18,19,20,21,22)

If you know that CVI “runs in your family”, consider addressing that risk preemptively. If that ship has already sailed and you’re currently dealing with varicose veins, then still do everything that you can to improve the situation. CVI is like many other conditions in that it generally gets worse as the years go by. But that doesn’t necessarily have to be the case. Use every tool at your disposal to improve the health of your circulatory system and the genetics you’ve inherited. You’ll likely be pleasantly surprised by the changes you’ll feel and see.