Technology can be both a blessing and a curse. It’s all a matter of how we decide to use it. The Internet is a good example of this. Some experts warn that sitting in front of a computer for prolonged periods of time can bring about physical and psychological consequences, including obesity and social isolation. But there’s a growing body of science that points to a constructive way to spend time online. Specifically, researchers are finding that overweight individuals can benefit from the educational content and interpersonal support that is readily available to nearly anyone who has an Internet connection. 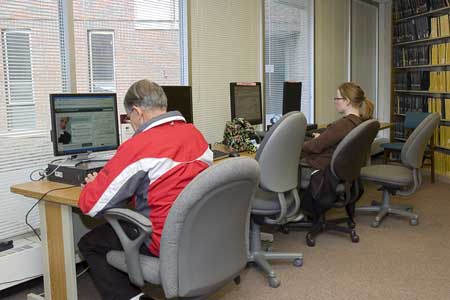 There were two news stories that caught my eye today. The first reported on a series of adverse reactions relating to an FDA approved, over the counter weight loss drug commonly referred to as “Alli”. The actual medication contained in this product is known as orlistat and has been available as a prescription medication since 1999. Since then, there have been 32 cases of “serious liver damage” attributed to this supposedly safe weight loss aid. A second item relating to obesity really shook me up. A study published in the journal Human Brain Mapping indicates that excess body weight is “associated with lower brain volume in overweight and obese elderly subjects”. 8% less brain tissue was detected in “obese” individuals and a 4% deficit was noted in “overweight” subjects. One of the researchers involved remarked that the obese brains looked about 16 years older when viewed via a type of brain scan known as “tensor-based morphometry”. (1,2)

That’s the bad news. The good news is that weight loss is not only possible, but we now have more tools than ever to help combat obesity. Before I go any further, I want to let you know that I am living proof that you don’t necessarily need potentially dangerous drugs to overcome weight issues. I’ve lost over 80 pounds by switching to a healthier diet and using the Internet to provide some much needed moral support.

Here’s a brief history of my weight based life: As a boy and young man, I was slightly heavy, but certainly not obese. In my early teenage years, I developed an eating disorder known as anorexia nervosa, resulting in severe weight loss due to starvation and excessive exercise. With the support of my family and a carefully designed psychological intervention, I was able to overcome anorexia. However, as I matured into adulthood, I began to abuse food in a different way. I used it as means of comforting myself. As such, I engaged in a form binge eating and subsequently gained a considerable amount of weight.

At the age of 35, I stood at 5’11” and weighed in at 265 lbs. I didn’t exercise much, and my diet ranged from healthy to completely destructive, depending on my frame of mind. On many occasions I would lose some weight, just to gain it back soon after. I simply couldn’t stick to a weight loss program with any degree of consistency. That is, until I found the right way to lose weight for me.

The path that made the most sense for my situation was a low carbohydrate diet that was rich in whole foods. That was the physical part of the equation. On the psychological front, I began maintaining a daily “menu blog” on the Internet. It documented every morsel of food that I consumed. I also began visiting other menu blogs belonging to people who were on a similar path. This not only helped me to learn from their successes and failures, but also gave me the opportunity to support others and receive encouragement along the way. I had, in effect, become part of a community with a common goal.

After about 8 months on this program, I’ve finally reached my goal weight. I now weigh in at about 180 lbs. I still continue to record my daily diet on my menu blog and commune with my friends in the low carb weight loss “blogosphere”. This helps me stay accountable for my decisions and remain connected to a wonderful bunch of friends that have helped me get to where I am now.

One person’s story doesn’t hold much weight from a scientific standpoint. That’s as it should be. But numerous studies have been published within the last year that tend to support my experience and that of countless others.

An 8 week trial set to be published in October 2009 tested the theory that “text messaging” and an “Internet-based” intervention could aid a group of patients suffering from both hypertension and obesity. In this select population, diastolic blood pressure and systolic blood pressure dropped by 9.1 and 7.2 mmHg respectively over the course of 8 weeks. There was also a significant reduction in body fat and weight demonstrated in this high risk group. A minor increase in HDL “good” cholesterol was recorded as well. (3)

A 12 week trial from August 2009 also found an excellent response rate to a web-based weight loss program in a group of 101 obese patients. Those who participated most actively online benefited to a greater extent. There have been similar results in several other recent studies. Collectively, this data has led researchers from the University of Pennsylvania and Stockholm, Sweden to determine that web-based weight loss interventions show great potential in the fight against chronic obesity. (4,5,6,7,8,9,10)

I believe that the primary benefits of using the Internet as a tool can be summed up in two words: 1) accessibility; and 2) accountability. Through the Internet, you can easily connect with a support system from virtually any location and at any hour of the day or night. This generally isn’t possible in the “real world”. However, online there’s always some resource available that can lift you in a down moment and inform you when you’re uncertain. Perhaps the best part of this whole experience is that your public participation in this weight loss journey may very well help and inspire others in their own quest for wellness. That alone played an immeasurable role in the passion that spurred me toward my target weight and beyond.