Some types of foods are easier to incorporate into one’s diet than others. If your doctor advises you to eat more fruits or vegetables, you can quite easily select the varieties that you like best and up your intake. The same can be said for other commonly recommended health foods such as fish, nuts and seeds. But adding more fiber into your daily routine requires some planning because not all fruits and vegetables contain much and animal based foods are completely devoid of it. In my opinion, being reminded of the importance of fiber, while becoming more aware of foods that are abundant in this dietary component is the key to making it a priority. 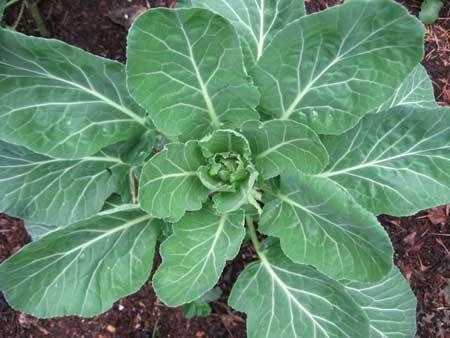 A recent summary in the journal Nutrition Review suggests that optimal levels of dietary fiber may help prevent a wide array of health conditions, including several cancers, cardiovascular conditions, diabetes, gastrointestinal diseases and, even, obesity. The recommended target is roughly 14 grams of fiber per every 1000 calories consumed. Ideally, the majority of this fiber should come from nutrient rich foods. But fiber supplements can also be utilized if your diet regularly falls short of your fiber goals. (1)

When I reviewed the 2009 medical literature relating to fiber, two key areas of health care were most prominently featured: cancer and cardiovascular disease. Today I’ll focus on the cancer protective role of these bulking agents. Next week, I’ll devote a separate column to the cardiovascular part of the equation.

One concern that I’ve personally had about dietary fiber is whether its bulking action may impede the absorption of other healthy components found in foods. This issue was recently addressed in a study presented in the June issue of the journal Plant Foods for Human Nutrition. 10 volunteers were provided with an antioxidant rich fiber supplement. The product contained a total of 15 grams of dietary fiber per serving. The researchers then tested the blood of the volunteers at various points following the fiber consumption. Significant elevations in serum antioxidant status were found 8 hours after the ingestion of the antioxidant/fiber blend. This indicates that “antioxidants associated with dietary fiber are at least partially bioavailable in humans, although dietary fiber appears to delay their absorption”. (6)

One the easiest and healthiest ways to boost fiber intake is to make a fiber rich smoothie. I regularly include berries, pure cocoa powder and flax seeds in my protein shakes to increase fiber content. I can now do so with the added knowledge that the naturally occurring antioxidants in these fiber sources will sustain my good health for several hours after I drink them. In effect, this may help provide valuable protection over the course of the day and night. I hope that this information and my upcoming column about fiber and cardiovascular disease will help inspire you to include more fiber in your diet. I believe the effort will be well worth it.