Maybe you’ve had the following experience. You’re looking over the shelves of cold and flu remedies at your local health food store. Most of the supplements have familiar names such echinacea, elderberry, vitamin C and zinc. But every once in a while, an unfamiliar bottle catches your eye. Andrographis paniculata doesn’t exactly roll off the tongue, but you may have seen it around. Sometimes it’s just one of several ingredients in immune boosting nutritional blends. Other times, it’s the featured herb in supplements used to address seasonal allergies, the common cold, influenza and sinusitis. 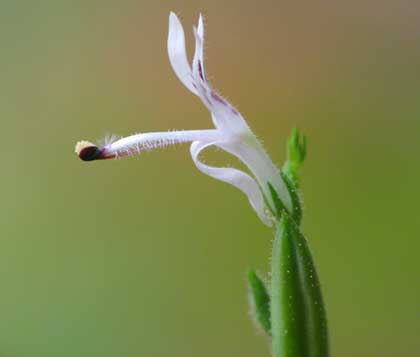 Part of the reason why Andrographis paniculata (AP) isn’t a household name in much of the western world is because it’s simply been overshadowed by other natural remedies such as echinacea extracts and zinc lozenges. But in the 1990’s and the early to mid part of this decade, there was actually a considerable amount of attention directed at AP’s potential to reduce cold and flu complications. Those findings have been lost in the shuffle of the last few years. I think now is a good time to review them.

In 2007, a summary was published in the journal Alternative Medicine Review. One of the natural supplements they discussed was a product called Kan Jang. This is a Swedish supplement that combines Andrographis paniculata with Eleutherococcus senticosus (Siberian ginseng). The reason why these two botanicals are combined is that Siberian ginseng (SG) not only possesses anti-viral properties, but may also aid the body in adapting to stressful events, such as physical and psychological “dis-ease”. (1,2,3,4)

The Kan Jang combination of herbs was prominently examined in a 2003 study that appeared in the Journal of Herbal Pharmacotherapy. Here’s a description of the finer points of that trial.

A total of 540 adults with influenza participated. The “control group” consisted of 469 volunteers who received antiviral medications and other conventional care. The “treatment group” comprised of 71 participants who were given the Kan Jang supplement, containing 89 mg of AP (Andrographis paniculata) and 10 mg of SG (Siberian ginseng) 3 times a day for 3-5 days.

A second leg of the study followed 31 patients using Kan Jang and 34 that were treated with standard care. The herbal therapy resulted in 2 fewer sick days as compared to the antiviral medication. Similar to the first portion of the study, only 31% of the herbal group developed influenza complications. More than double (71%) of the conventionally treated volunteers suffered such complications. (5)

A 2004 trial conducted in 130 children (4-11 years old) found that Kan Jang was more effective than echinacea in reducing nasal congestion, “running nose” and recovery time. In that experiment, both herbal products were used in conjunction with standard treatment. No side effects were reported in either group. Comparable results have been published in numerous other studies and reviews between 1999 and 2005. Many of these have specifically used the Kan Jang herbal blend, although other AP based supplements have been successful as well. (6,7,8,9,10,11,12,13)

One of the additional benefits that AP may provide is improved quality of life during times of illness. Scientists have identified anti-inflammatory and pain relieving properties in this medicinal herb. This could very well blunt the aches and discomfort that often accompany viral infections. It’s also important to note that extracts of AP have demonstrated a nuclear factor (NF-B) inhibiting effect in laboratory experiments. This substance is generally associated with asthma and lung inflammation. (14,15,16,17)

The issue of safety has been addressed several times in recent years. In general, studies in both animal and human models find that therapeutic doses of Andrographis paniculata are very safe. However, there is a theoretical issue that requires further clarification. Specifically, there is a reasonable concern whenever drugs and herbal extracts are combined, potentially causing a negative drug-supplement interaction. Most commonly, some herbs, such as AP, may affect how the liver metabolizes medications. This can lead to medicines remaining in the body longer or leaving more quickly than expected. If you’re on prescribed or over-the-counter medications, it would be wise to consult your pharmacist or physician prior to adding AP to your wellness program. Even if they give you the “green light”, you may want to avoid taking AP at the same time as other medications and keep a close eye on any changes in efficacy or adverse reactions relating to your prescription regimen. (18,19,20,21,22,23)

I can’t find a reason why Andographis paniculata isn’t more widely recommended for the natural management of common viral infections. The vast majority of anecdotal and scientific evidence that I’ve come across points to a high degree of both efficacy and safety. The future of this botanical extract also appears to be promising. It is receiving quite a lot of attention with regard to many serious health conditions, including a variety of cancers, diabetes, liver disease and even rheumatoid arthritis. In reviewing over 200 studies from the past several decades, it’s become quite evident to me that scientific inquiries into this ancient and modern healer are likely to continue for many years to come. Fortunately for all of us, we don’t have to wait for those results in order to benefit from the many gifts that AP can already provide in the present. (24,25,26,27,28,29,30,31,32,33,34,35)