It happens at different times of the year. I’m talking about that itchiness in your throat, the stuffy nose and sneezing that are brought about by seasonal allergies. Another term for this is nuisance is allergic rhinitis. But whatever you choose to call it, it’s a real hassle to deal with. There are medications that help with all of these symptoms, but they sometimes bring about unwanted effects of their own. You may be surprised to learn that there’s an underutilized, natural food/nutritional supplement that could be a viable alternative to over-the-counter and prescription allergy medications. The substance I’m referring to is spirulina, a type of cyanobacteria (blue-green algae). 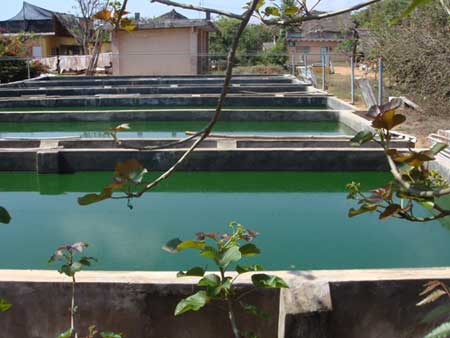 Pond scum? You want us to buy pond scum?! That’s the reaction I would sometimes get when suggesting spirulina during my prior life as a health food store consultant. Please understand that I’m not recommending that you go out to the nearest natural body of water and feast on the green matter that has accumulated on its surface. This form of spirulina is grown in a stringently controlled environment with excellent sanitation and a scientifically grounded purification and testing process that produces a safe end product.

This deep green microbe has attracted considerable scientific interest in the past several decades largely because of it unique chemical composition. Spirulina is a very rich source of antioxidants, protein and various trace elements (minerals and vitamins). Studies conducted in laboratory settings and in living models suggest that it may benefit a wide range of health conditions from arthritis to cancer to heart disease and, even, neurodegenerative disorders such as Alzheimer’s and Parkinson’s Disease. (1,2,3,4,5)

In June 2009 a medical review singled out spirulina as one of the most promising natural remedies for allergic rhinitis (AR). (6) Here are some of the reasons why this blue green algae is now being considered for the management of seasonal allergies.

Two human studies have recently investigated the effects of spirulina supplementation in AR patients. The first trial, conducted at the University of California at Davis School of Medicine, examined the effects of: a) a placebo; b) 1,000 mg of spirulina; or c) 2,000 mg of spirulina on blood markers that relate to the body’s allergic response. Blood samples were taken prior to and after 12 weeks of supplementation with the respective treatments. The 2,000 mg dose of spirulina was found to reduce IL-4 (interleukin-4) levels by 32%. This led the authors of the research to conclude that, “this is the first human feeding study that demonstrates the protective effects of spirulina towards allergic rhinitis”. This effect may be part of the reason that another trial from October 2008 discovered that spirulina was capable of reducing nasal congestion and discharge, itching and sneezing in volunteers suffering from AR. (7,8)

Other research points to an even broader basis for the anti-allergic activity of this functional food. A trial published in August 2008 demonstrated a different immune-modulating effect in 78 “elderly subjects” (aged 60 – 87) that were administered 8 grams of spirulina for 16 weeks. Significant reductions in IL-6 (interleukin-6) were noted, which suggests a balancing effect on “immune variables”. Other experiments performed in “test tubes”, animals and humans support these prior findings and suggest that the effect of spirulina may even afford protection to those with food allergies. These test results are important because allergic reactions are partially brought about by inappropriate responses by the immune system. That explains why one person can be severely reactive to a certain flower pollen or a common food and someone in the same circumstance feels completely fine. (9,10,11,12,13,14,15)

How Spirulina is Commercially Produced 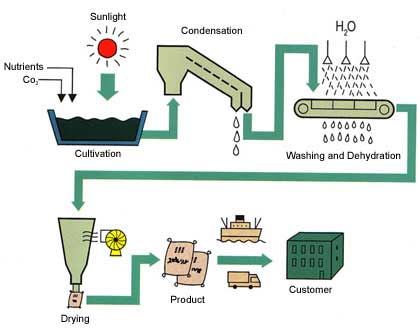 Spirulina generally exhibits a favorable safety profile. But as with all other supplements, it’s important to do your homework about the manufacturers from whom you purchase. Here’s one reason why: Some species of cyanobacteria produce a neurotoxin known as “anatoxin-a”. Reputable algae growers have production and quality control measures in place to ensure that this toxin is absent from their supplements. However, a recent analysis found that 3 out of 39 commercially available spirulina samples (8%) contained anatoxin-a at various concentrations. Recent Canadian and Chinese investigations came up with different conclusions about the potential toxin exposure risk that such products may present. In my opinion, the best solution here is to make sure that you’re using the highest quality spirulina available. I suggest you ask appropriate questions and respectfully demand proof of the purity of the products you plan to use. (16,17,18)

Can you imagine how great it would be to take a “medication” that would actually nourish the body? Instead of popping a pill and being concerned about feeling drowsy or “foggy”, you could focus on the fact that you’re actually swallowing something that contains powerful healing agents in addition to addressing your symptoms. Spirulina may be such an example. It’s unlikely to work as quickly as conventional allergy drugs, but it may be a better solution for those who have to contend with chronic allergies. It’s not the only natural option out there, but it may a be “new” option to add to your natural health toolbox.


8 Comments & Updates to “Spirulina and Allergies”