Trust but verify. That’s a key principle in both life and medicine. Use the best information possible to guide your decisions and then make sure that the expected outcome actually occurs. In health care, this can be accomplished by being consistent with any new treatment and then following that up with some sort of objective testing method. If you’re going to go to the expense and the effort of making a real change in your life, it’s important to determine whether it’s really effective in your individual circumstance. As a wise man once said, “I am not a statistic”. 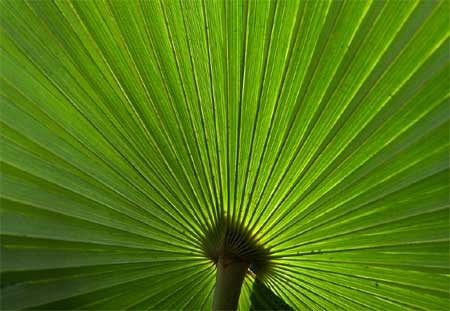 Maybe you’re slightly overweight and out of shape. The idea of embarking on an intensive exercise program or making major dietary changes either doesn’t appeal to you or doesn’t seem realistic at the moment. If so, a new study published in the journal Evidence Based Complementary and Alternative Medicine may hold promise for you. In this trial, a group of 22 participants “at high risk for type 2 diabetes” were asked to engage in a 12 week educational program, consisting of dietary and lifestyle advice, or a twice weekly yoga program. Blood tests measuring relevant health markers relating to blood sugar and cardiovascular health were taken pre and post study. Questionnaires assessing the tolerability of both practices were also issued and completed.

The authors of this study concluded that, “a yoga program would be a possible risk reduction option for adults at high risk for type 2 diabetes. In addition, yoga holds promise as an approach to reducing cardiometabolic risk factors.” (1)

In May I wrote a column about natural methods to support vibrant hair growth. I focused primarily on internal approaches to addressing the root causes of this primarily cosmetic issue. A specific set of ingredients may hold promise with regard to a topical aid in the battle against hormonally influenced hair loss (androgenetic alopecia – AGA). Researchers from SUNY (State University of New York) have recently discovered that a a combination of alpha lipoic acid, carnitine and saw palmetto can reduce follicle inflammation and cell death in a laboratory setting. Saw palmetto (Serenoa repens) has previously demonstrated activity against a form of testosterone, known as DHT – dehydro-testosterone. The dual effect of hormone modification and anti-inflammatory properties “could represent a novel two-pronged approach in the treatment of AGA with improved efficacy over current modalities.” (2,3,4)

In conventional medicine, there’s a considerable amount of excitement about a so called “Polypill”. This term refers to a combination of several medications that address various risk factors associated with heart disease and stroke risk. Researchers from the University of Naples, Italy have recently published the results of a trial conducted on a natural “Polypill”. The product in question contains red yeast rice, policonsanols and berberine. Red yeast rice is an Asian culinary ingredient that contains certain “statin-like” phytochemicals. Policosanols are a variety of waxes typically derived from bee byproducts or sugar cane. Berberine is a phytochemical found in the antibiotic herbs goldenseal and Oregon grape root.

Improvements in circulation (endothelial dependent, flow mediated dilation) were noted. Reductions in LDL “bad” cholesterol and triglycerides were also apparent. In addition, there was a trend toward better insulin sensitivity in those receiving the “nutraceutical” supplement. No adverse reactions were documented. (5,6,7,8)

In previous columns, I’ve discussed how pomegranate can support efforts to avoid influenza, prostate conditions and even protect against tooth decay. A report presented in the August 25th edition of the Journal of Agricultural Food Chemistry reveals yet another benefit of regular pomegranate consumption: improved intestinal health. A group of naturally occurring chemicals in pomegranates (tannins) appear to inhibit the growth of certain pathogenic microorganisms such as clostridia (associated with Botulism) and Staphyloccocus aureas (a culprit of Staph infections). On the other hand, pomegranate extract supported the growth of select beneficial bacteria (probiotics), namely Bifidobacterium breve and Bifidobacterium infantis. Collectively, this evidence suggests a positive shift in the bacterial content of digestive environments exposed to pomegranate via food consumption and/or supplementation. (9)

Update #5 – All That Shines Isn’t Chromium

Chromium is a trace mineral that is commonly used to help regulate blood sugar and insulin sensitivity in type 2 diabetics. Those with metabolic syndrome are considered at high risk for developing diabetes and related complications. A recent study examined the effects of high dose chromium on such patients to determine whether it could decrease the likelihood of this progression. 63 patients with diagnosed metabolic syndrome were involved in this experiment. Over a 16 week period, half of the participants were given 1,000 mcg of chromium picolinate. Various measures of blood sugar control and cardiovascular health were tested prior to and post trial. Disappointingly, no significant improvement was found with regard to body weight, glucose metabolism, inflammation, insulin sensitivity, lipid levels and oxidative stress. However, “insulin response to glucose” did show a slight benefit. Overall, these results indicate that chromium picolinate does not appear to be an effective treatment option for “non-obese” individuals with metabolic syndrome. (10)

Someday in the future, genetic testing will help doctors better determine exactly which medications or treatments will be effective for each patient. Unfortunately, I believe that day is still pretty far off. In the meantime, the best we can do is to be conscientious patients and our own medical advocates. It’s vitally important to: a) keep informed and current; b) keep a close eye on how new therapies affect us and share those findings with our health team; and c) verify the efficacy and safety of said treatments via appropriate medical tests. This is the definition of “pro-active medicine”. By approaching your personal health care in this manner, you’ll not only improve your individual outcome, but also contribute information that may be helpful for your family, friends and physicians.