Being “green”, as in environmentally sensitive, is a big part of the social consciousness these days. It’s nearly impossible to read a newspaper or watch the evening news without noting some mention about the ecology and what can be done to improve the current state of things. But there’s another way to be “green” that I wish would also get some attention. My mission for today is to start a different kind of green revolution. It’s a lifestyle movement that requires only one change – eating and drinking more green foods. 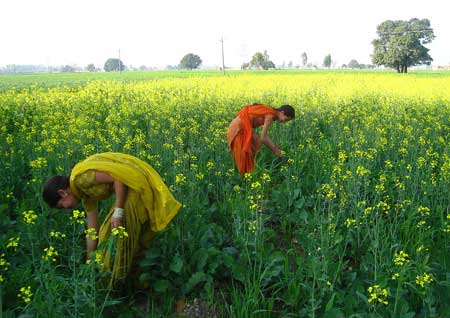 The reason I’m all fired up about greens is because of some compelling research I recently discovered. As is often the case, these new findings support prior data and collectively create a rather strong case for the regular inclusion of green foods into our daily routine. Today, I’ll focus on three specific types of greens: 1) green tea; 2) broccoli; and 3) green leafy vegetables.

A recent Japanese study examined the role that green tea consumption plays in overall mortality in the elderly population. A total of 14,000 seniors (aged 65 – 84) were followed over the course of 6 years. These participants were “randomly chosen from 74 municipalities in Shizuoka, Japan”. Food frequency questionnaires were filled out during the study period and data on cancer, cardiovascular disease (CVD) and “all-cause mortality” were tabulated.

The authors of the trial concluded that, “Green tea consumption is associated with reduced mortality from all causes and CVD. This study also suggests that green tea could have protective effects against colorectal cancer.” It may not be feasible for most people to drink this much green tea. If caffeine is an issue, the use of decaffeinated green tea is a viable option. The matter of frequency and quantity can be addressed by simply drinking a stronger tea less often. As an example, I frequently brew a cup of tea using 3 tea bags. (1)

Two other recent trials may help explain the cardiovascular benefits observed in the population study above. This new research indicates that green tea may interfere with the formation of lesions and plaque in the arteries. That, along with other damage to the circulatory system, is a leading cause of heart attacks and strokes. (2,3)

A protein known as Nrf2 resides in the arteries. Scientists believe that it helps promote arterial health. Certain portions of the arteries, such as where they bend, are more likely to develop inflammation and damage which can contribute to arterial hardening. This is partly explained by a lack of Nrf2 activity in those areas. The good news is that a naturally occurring chemical in broccoli (sulforaphane) may be able to reduce this inflammatory process by re-activating the Nrf2 protein in these regions. (4)

This isn’t the first time that broccoli has been associated with improved cardiovascular health. In 2008, a study appeared in the Journal of Agricultural Food Chemistry. It tested a hypothesis that the antioxidants found in broccoli (selenium and “glucosinolates”) may counter oxidative damage and thereby protect the cardiovascular system. Over the course of 30 days, a group of rats were fed a broccoli solution. Afterward, the rats’ hearts were carefully examined. The scientists determined that, “the consumption of broccoli triggers cardioprotection by generating a survival signal through the activation of several proteins and by redox cycling of thioredoxins.” In other words, a broccoli rich diet protects against the harm caused by oxidative stress and encourages various heart-protective processes (including the “enhanced expression of Nrf2”). This may explain why a previous population study in women singled out broccoli (and tea) as dietary agents that may reduce the risk of coronary heart disease. (5,6)

I realize that some people simply will not eat broccoli. If you’re one of those “broccoli-phobes”, consider trying broccoli sprouts. They can very easily be added to salads and sandwiches, and they require no cooking at all. In addition, the sprouts are actually much richer sources of sulforaphane than broccoli florets and stems. (7,8,9)

Folic acid is perhaps the best known B-vitamin. It’s often referred to as the “pre-natal vitamin” because it prevents neural tube (birth) defects. Many doctors also recommend this nutrient to promote cardiovascular health. It’s well established that folic acid is one of the key nutrients that can help establish healthy homocysteine levels. Homocysteine is a potentially harmful amino acid (a component of protein). Elevated levels of this protein have been implicated in an increased risk or heart attacks, peripheral arterial disease (PAD) and strokes.

A study appearing in the September edition of the British Journal of Surgery examined the effects of two different kinds of folic acid in patients with PAD, a condition that involves compromised circulation in the lower extremities.

Both forms of folic acid were shown to lower homocysteine levels. There was also a slight improvement in circulation as measured by “brachial pressure index” and “pulse wave velocity” in the folic acid groups. Previous studies have observed that folic acid can also induce reductions in inflammatory markers and stimulate improvements in insulin sensitivity. Both of these factors can also play a role in cardiovascular performance. It’s also been noted that patients with PAD frequently lack dietary sources of folic acid and, therefore, may be disproportionately prone to a deficiency in this essential nutrient. (10,11,12)

You may be wondering how folic acid relates to green foods. Some of the best sources of this B-vitamin are asparagus, avocado, broccoli, collard greens, romaine lettuce, spinach and turnip greens. Most of these foods are also excellent sources of other heart-healthy nutrients, such as dietary fiber, potassium and vitamin K. In addition, they’re all very low in starches and sugar and are, therefore, appropriate for those with blood sugar issues and those who just wish to avoid them. (13)