How you prepare food and the manner in which you consume it can make all difference. A healthy vegetable can easily be rendered into a health hazard by dipping it in batter and deep frying it in hydrogenated oils. On the other hand, marinating meat with aromatic herbs and spices and cooking it at the right temperature can prevent certain food-borne illnesses. These are a few of the more obvious examples. But looking a little deeper into the scientific literature reveals lesser known tips about how to get the most out of your dietary choices. 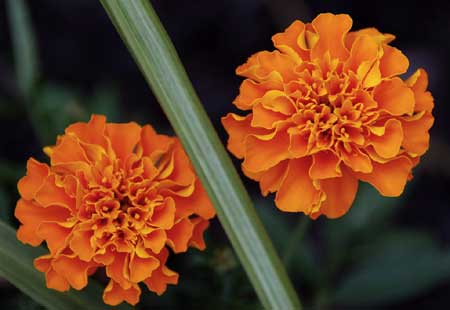 In May of this year, I warned about the dangers of drinking very hot tea. This is a common custom in certain parts of the world and may be the cause of abnormally elevated rates of esophageal and gastric cancer. A study that will appear in the October issue of the International Journal of Cancer determined that drinking hot tea can increase the likelihood of gastric cancer by 2.85 times. A systematic review from August of this year looked at 59 studies relating to thermal injury caused by tea consumption and its impact on esophageal cancer (EC) risk. The authors of that summary stated that, “the available results suggest that high-temperature beverage drinking increases the risk of EC”. (1,2)

Cacao (Theobroma cacao) is one of my very favorite foods. I don’t even consider it a dessert. It’s just an incredibly healthy food additive that I use on a daily basis. In fact, when I include it in my protein shakes I’m cognizant of the fact that I’m probably helping my body to ward off cancer, boost brain health and support my cardiovascular system. Recent evidence published in the Journal of Agricultural Chemistry adds to my admiration of this super food. Scientists from Finland examined 99 different plant foods to determine which were the richest sources of a powerful type of antioxidant called proanthocyanidins. These are some of the substances that make purple grapes and red wine such health promoting treats. Cacao was among the top three sources listed (chokeberries were #1; rose hips #2; and cacao was 3rd on the list). In addition, a new English study determined that “high flavanol” chocolate can help reduce skin damage caused by sun exposure. This is based on a trial involving 15 healthy participants. Half were given the high flavanol chocolate, while the remainder ate a processed chocolate bar that lacked these potent phytochemicals. After 12 weeks, those receiving the unprocessed cocoa demonstrated significant protection from UV radiation – as measured by the “minimal erythema dose (MED)”. (3,4)

In March I devoted a column to a plant pigment known as lutein. In subsequent months, I revisited this eye friendly carotenoid because of emerging evidence that it supports various aspects of ocular health. That trend continues based on the results of a new Japanese trial. In it, scientists provided a supplement containing black currant extract, lutein and zeaxanthin (another carotenoid) to 13 test subjects. On two separate 2 week periods, these volunteers were given the lutein-based “medication” or a placebo. The participants were asked to perform a “proof reading task” that involved “moving their eyes back and forth between two targets”. This exercise is clinically proven to promote visual fatigue. There was a significant improvement (in ocular stamina) noted while the volunteers were taking the antioxidant supplement. Other promising news comes from an Indian experiment from August of this year. It provides some practical information about how to increase lutein absorption. Preparing lutein-rich foods in olive oil increased lutein concentration in the eyes of test animals 37% more efficiently than when those same foods were prepared in groundnut or sunflower oil. This last point is very important because the absence of appropriate fats may result in inadequate lutein bioavailability. (5,6,7)

It’s quite common to find conflicting research in the field of nutrition. There are few subjects that are as hotly debated as the role of soy in the diet of postmenopausal women. The primary question for physicians is whether phytoestrogens in soy can safely yield similar benefits to conventional hormone replacement therapy. I recently highlighted some positive evidence with regard to soy’s effect on bone loss. However, a more recent study contradicts many of the previous findings that I cited in my original column. A trial that appears in the July issue of the American Journal of Clinical Nutrition did not uncover any benefit in women who supplemented with soy extracts (containing 105 mg of isoflavones) or soy protein (18 grams per day). In fact, there were some indications that those consuming the soy protein were impacted negatively with regard to “bone turnover”. This latter effect could, over the long term, adversely effect the quality of the skeletal system. This is obviously the complete opposite of what was intended and is at odds with previous studies. Further research will be required to help clarify this matter. (8,9)

Tea can be either healing or damaging depending on its temperature. Dark chocolate can shield the body from harmful elements or it can be just another sugar-packed, junk food. Lutein can either reach the eyes or be eliminated from the body without doing much good. The trick is to know how to properly use these potentially beneficial substances so that they can do the most good. My goal is to make this site a primary source for just that sort of important information.