Medical studies often yield three different types of information. Firstly, findings that either confirm or dispute prior research. Performing multiple experiments helps scientists to form a consensus about the efficacy of any given treatment. A second category of evidence assists researchers to better understand how and why a therapy is effective. This knowledge allows for a more specific application of the test substance. Lastly, the third side on this medical triangle has to do with the discovery of new applications for already known medications and procedures. These observations take place in both allopathic and natural medicine. 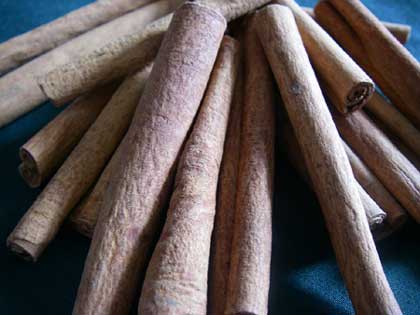 N-acetylcysteine (NAC) is an antioxidant that is commonly used as an “antidote for acetaminopen (Tylenol) overdose”. It’s also known to support the health of those with chronic obstructive pulmonary disease (COPD), to potentially shorten the duration of influenza and even to protect against kidney damage caused by diagnostic procedures such as coronary angiography. Two recent trials describe a new application for NAC, improving male fertility. The first study involved 120 men who were diagnosed with idopathic infertility. 60 of the patients were given 600 mg of NAC per day for 3 months. The remainder received an inactive placebo for the same duration of time. Those receiving the NAC demonstrated improvements in sperm motility, viscosity and volume. In addition, the antioxidant levels in the blood increased, while oxidative stress decreased. Another trial from 2009 found that adding 200 mcg of selenium (a trace mineral) to 600 mg of NAC resulted in positive hormonal changes and improved semen parameters. The authors of that experiment concluded that, “These results indicate that supplemental selenium and N-acetyl-cysteine improve semen quality. We advocate their use for male infertility”. (1,2,3)

Uncontrolled blood sugar can endanger the health of diabetics or those with a tendency toward blood irregularities (“pre-diabetics”). A new paper published in the Journal of the American Board of Family Medicine describes one simple way to improve long term blood glucose levels. A group of 109 type 2 diabetics were randomly given either 1 gram of cinnamon daily or a placebo for 90 days. All of the participants began and continued to receive conventional treatment in addition to the cinnamon or placebo. The researchers tested the patients’ hemoglobin A1C levels at the beginning and end of the trial. HbA1C is a test that reveals long term (3-4 months) blood sugar management. The men and women receiving the cinnamon showed a drop in HbA1C of .83%. It’s important to note that the change found in the cinnamon users could bring dramatic improvements to the overall health of diabetics. The lead author of the study concluded that, “According to the United Kingdom Prospective Diabetes Study, a drop of HbA1C from 7.9% to 7% lowers the risk of macrovascular disease 16%, retinopathy 17% to 21%, and nephropathy 24% to 33%; thus, a 0.83% drop in HbA1C levels in patients might be expected to yield similar reductions in morbidity.” There may even be applications for cinnamon in the population at large. Recent research from Baylor University proposes that cinnamon may help attenuate insulin resistance caused by a lack of sleep. (4,5,6)

Many view coffee as an unhealthy indulgence. But the truth is that most of the scientific research emerging about Coffea arabica is decidedly positive. A trial published in the September edition of the European Journal of Clinical Nutrition is the latest example. The researchers of this study looked at the connection between coffee consumption and C-reactive protein (CRP) levels in a group of 344 “healthy sedentary, overweight/obese postmenopausal women”. CRP is a marker used to characterize chronic inflammation. It is often elevated in overweight and obese individuals and has been implicated in a variety of health conditions, including cancer and heart disease. The findings of the research were that: a) higher CRP was associated with excess weight; and b) “coffee consumption appears to attenuate the association between BMI (body mass index) and CRP”. Two other studies from September 2009 also promote coffee as a potent way to increase antioxidant capacity in the body and as a means of supporting brain function, specifically “reaction time and accuracy” and “psychomotor performance”. (7,8,9)

Cinnulin is a Patented Cinnamon Extract

Not all of the news on the natural health front has been positive lately. A study conducted at Georgetown University recently tested the effects of kefir (a fermented milk drink) in the prevention of “antibiotic-associated diarrhea” (AAD). 125 children (aged 1-5) were either given a kefir drink with “live cultures” (living, beneficial bacteria) or the exact same product that had been heated to kill the bacteria (used as a placebo). The measure of success was the degree and prevalence of diarrhea present at a 14-day follow-up evaluation. The benefits found in the “living” kefir were negligible (18%) when compared to the placebo drink (22%). Part of the reason for the lack of efficacy may be due to the strains of bacteria present in the fermented drink. A recent Brazilian study points out the importance of better understanding the role of various healthy bacterium. As examples, the microbiologists in the Bralian experiment discovered that certain strains of probiotics (B. animalis and L. casei) helped to combat harmful (pathogenic) bacteria. On the other hand, a different strain, known as S. boulardii, was more effective in promoting a healthy immune response. These findings illustrate the importance of identifying exactly which healthy strains of bacteria to use under various circumstances. (10,11)

Some people think that science and technology are at odds with traditional healing techniques. I disagree. In my opinion, science is an extremely valuable tool that can be used to further the cause of natural medicine. Even though we may not always agree with how it’s applied to promote conventional care, that doesn’t mean we can’t learn from it. One of the necessary steps to broaden the reach of holistic healing is to legitimately prove that it’s worth expanding. I believe that this can only be done by providing consumers and physicians with objective proof that it’s worthy of such consideration.