Improving personal health and the health of our communities, countries and the world at large can take place one small step at a time. I was thinking about this the other day and I wondered whether there was a simple change that I could implement and suggest in order to do my part. Pretty much everywhere I go, I see people of all kinds drinking soda. The drinks range from high-calorie to no-calorie, loaded with caffeine or caffeine-free and artificially or naturally flavored. Some of the fizzy pop is as clear as water while other varieties are chemically enhanced to produce any color of the rainbow and beyond. But the one thing that these beverages have in common is that they always contains some questionable ingredients and virtually never provide any nutritional content. In my opinion, a health promoting alternative to such popular drinks is long overdue. 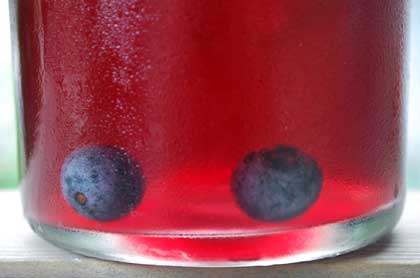 A position paper appeared in this week’s online edition of the New England Journal of Medicine. In it, several experts in the health and economic fields called for a tax on all sweetened sodas. The concept behind such taxation is that it would improve the health of the US population by lowering the incidence of cancer, diabetes, heart disease and obesity. This, in turn, would take some of the burden off of our strained economy and medical system. (1)

I’ll leave the political aspect of this proposal aside. What I can say with confidence is that science does support the notion that sugar laden sodas can contribute to a variety of health concerns such as high blood pressure, kidney and liver damage, obesity and osteoporosis. But I think that’s only part of the story. Diet soda has also recently been plagued by some negative, disease-related connections. In the past several years, such beverages have been implicated with effects relating to certain cancers, diabetes and metabolic syndrome. What’s more, many of these diet drinks contain blends of artificial sweeteners that have not been fully tested for safety in concert with one another. (2,3,4,5,6,7,8,9,10)

I have a different type of proposal to make. What if we all took it upon ourselves to replace all commercial sodas with healthier versions that we can make very simply at home? Not only will this rid our daily diets of many dubious ingredients, but it will also help us to better control what we choose to put in our bodies.

Let’s take a look at a few of the ingredient labels on two commercially available soft drinks. The first is a very popular diet cola. The second is a more “natural” version that is often sold in higher end markets and some health food stores. The items that I highlight may contribute potentially unwanted health consequences.

Now compare those lists to the ingredients of this all-natural, homemade, sugar-free soda alternative: 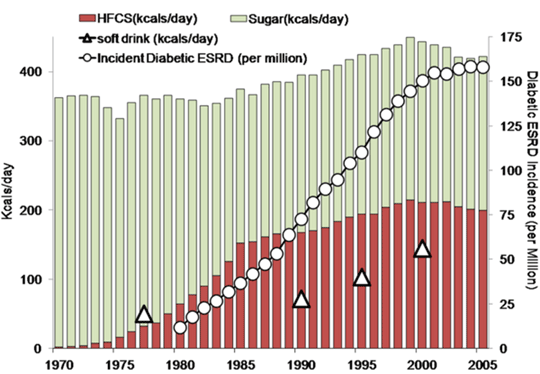 It’s very easy to make this berry soda alternative. You simply brew two bags of Celestial Seasonings True Blueberry tea (or a similar brand) for about 10 minutes then allow it to cool. Press the tea bags to extract all of the flavor, then discard. Add ice cubes, a squeeze of organic lemon, several ounces of sparkling mineral water and stevia to taste. The end result is a very low calorie beverage that’s fresh and sweet tasting and carries a naturally vibrant purple color. It’s also hydrating, nourishing and loaded with antioxidants.

Blueberry “soda” is but one option of many. With herbal teas, you can make lemon, orange, pomegranate, raspberry and strawberry versions of this same drink or combine them for more complex flavors. If you’d like to brew your own ginger ale, you can do that very easily by making a strong ginger tea, adding some sparkling mineral water, a squeeze of lemon, a splash of vanilla extract and stevia. The possibilities are as broad as your imagination.

It’s important to remember that positive changes can be made incrementally. You don’t have to drastically change your lifestyle in order to improve your health. Every time you replace something harmful with something of value, you’re making a difference. All that’s needed is some creativity and the willingness to try new things. This simple replacement I described today may be able to accomplish at least as much as the proposed tax on soda. That is, if enough people decide to try it out.