Most holistic healing is prescribed in an individualized manner. A “one size fits all” approach is rarely adopted. In short, natural health practitioners attempt to treat each patient based on their own unique needs. But how do naturopathic physicians decide on which treatments are best? They often integrate personal experiences with their knowledge of traditional healing techniques and awareness of the most current scientific findings. 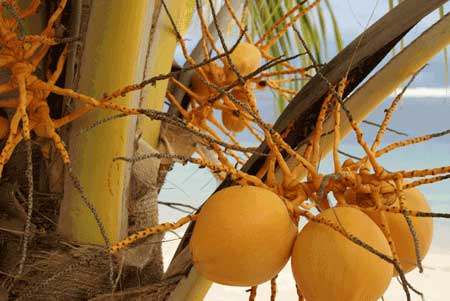 In August I wrote a column about the use of supplemental lactoferrin in pregnant women with anemia. Lactoferrin is an immune boosting glycoprotein (a molecule that contains both a carbohydrate and a protein) that is normally found in mother’s milk. Now, a study published in the Journal of the American Medical Association provides new evidence that bovine (cow) lactoferrin may benefit premature babies as well. This comes as no surprise to long standing advocates of breast feeding. (1,2,3)

A potentially life threatening infection known as neonatal sepsis affects approximately 20% of “very low birth-weight babies”. In fact, it’s the leading cause of death in this vulnerable population. A group of 472 underweight infants were provided with three different therapies during their first 30 days of life. One set of babies received 100 mg of lactoferrin per day. A combination of 100 mg of lactoferrin and a probiotic (6 billion cfu/d of Lactobacillus rhamnosus GG) was provided to the second group. The remaining infants were given a placebo.

The authors further noted a decreased risk in both “bacterial and fungal sepsis” infections and that “no adverse effects or intolerance to treatment occurred”. In addition, other recent studies suggest that bovine lactoferrin may antagonize a variety of harmful microbes, reduce systemic inflammation and generally supports healthy immune function in humans of all ages. (4,5,6,7,8)

The skin care market is a multi-billion dollar industry. The highest profile products tend to focus on creams, lotions and serums, while diet and supplementation are not currently considered valid ways of addressing skin health.  A recent trial presented in the International Journal of Cosmetic Science makes a case for the use of a nutritional supplement to improve the quality of aging skin. The 12 week experiment involved 60 women between the ages of 35-60. The natural medicine in question contained a mixture of beta carotene, CoQ10, D-alpha-tocopheryl acetate (“dry” Vitamin E), French maritime pine bark extract, glycosaminoglycans (glucosamine), grape seed extract, green tea extract, selenium and zinc. Half of the women were given this antioxidant blend and the remainder took a placebo. The participants receiving the active treatment began exhibiting improvements in skin texture by week 4. After 3 months, a 21% reduction in “fine wrinkles”, “pore size” and “skin roughness” was documented. The researchers involved theorized that the nutritional ingredients may slow the destruction of collagen and, thereby, support more youthful looking skin. (9)

The previous study found that the supplement had no effect on skin pigmentation. However, recent evidence suggests that women with certain skin coloration diseases, such as melasma or vitiligo, may have abnormally low levels of antioxidants in their systems. This suggests that oxidative stress may be a factor that contributes to these dermatologic conditions. A recent 8 week trial from the Philippines discovered that the addition of select antioxidants (procyanidin and Vitamins A, C and E) was a safe and effective way to decrease hyper-pigmentation in a group of 60 women with melasma. (10,11)

In prior months, I’ve championed the cause of organic coconut oil for conditions ranging from cardiovascular disease to dementia and, even, obesity. My opinion about this health promoting fat remains as strong as ever, but I do want to take this opportunity to emphasize an important point. A presentation appears in the most recent edition of the Canadian Journal of Physiology and Pharmacology that examines the difference between “virgin coconut oil” (VCO) and standard coconut oil (copra oil, CO). The virgin variety is extracted via a “wet process”. The copra coconut oil is derived through a “dry process”. It turns out that the less processed/refined “virgin” coconut oil responds quite differently in the bodies of test animals than the copra oil. An experiment conducted in a group of 24 rats discovered that those fed VCO had lower levels of cholesterol and oxidized cholesterol than rats fed conventional coconut oil. The researchers determined that the virgin oil contained a class of a protective phytochemicals known as polyphenols which most likely help promote healthier “lipid metabolism and antioxidant status”. These findings are in line with previous experiments which indicate that processing (bleaching and deodorizing) coconut oil can reduce the levels of phenolic acids and, thereby, change a healthy food into a harmful one. (12,13,14)

The research I covered today provides a good overview of my goals for this site. The segment about lactoferrin has the potential to save lives with little to no risk. My coverage of skin care may seem superficial but, many of the natural remedies that can improve skin health can also protect the body from all sorts of environmental injuries and insults. Finally, the coconut oil issue reminded me of an experience I had many years ago. A skeptical customer approached me in a health food store and asked why certain similar products were more expensive than others. I explained that, in some ways, natural products can be much more complex than conventional medications. I went on to describe why the processing of holistic remedies can make a big difference in their overall efficacy. I didn’t succeed in convincing him of my point on that day. Perhaps he thought I was trying to sell him something. I hope I’ve done a better job of presenting my case here. I have nothing to sell except for the hope that everyone reading this derives the greatest possible benefit from any natural medicine that he or she decides to try.