Menopause is a time when many women begin to think about health issues that extend well beyond “hot flashes”. Every woman experiences this time of life in a different way. For some, the hormonal shift that occurs can profoundly influence quality of life in waking hours and even during sleep. Others are more fortunate and get through this period with only mild “reminders”. But what all women have in common are the physiological changes that are taking place, whether they feel them or not. 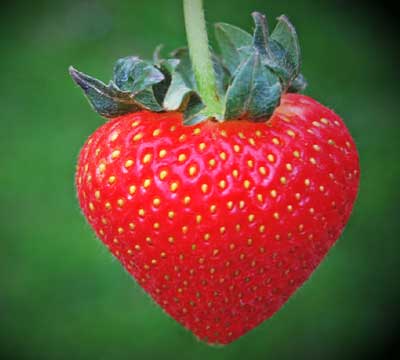 There are plenty of alternatives to the conventional treatment of menopause via hormone replacement therapy (HRT). However, there are still questions about the efficacy and safety of these natural remedies. Several recently published studies can help doctors and patients alike determine whether a holistic approach is appropriate during this transitional period.

A meta-analysis in the October edition of the The American Journal of Medicine investigated the safety profile of a class of “nutraceuticals” known as phytoestrogens. These are naturally occurring chemicals, found in a variety of foods, herbs and plants, that possess some degree of estrogenic activity. A diet rich in phytoestrogens has been traditionally used to reduce menopausal symptoms in many parts of the world. In this most current review, 92 scientific studies involving 9,629 women were examined for evidence of adverse effects relating to the use of phytoestrogens from foods and supplements. The researchers determined that these plant-based estrogens were not responsible for any “gynecological, musculoskeletal, neurological and unspecific side effects” – as compared to placebos. However, they did note a higher rate of digestive upset that was attributable to phytoestrogen intake. In conclusion, the study’s lead author stated, “based on our findings, they (women) can be assured that there is no indication of serious unwanted side effects of phytoestrogen treatment such as those found in women on hormone replacement therapy, for example, thrombosis, myocardial infarction, stroke or breast cancer”. In addition, the European Food Safety Authority recently concluded that isoflavones (a type of phytoestrogen) appear to provide “modest, but valuable, benefit for menopause relief”. (1,2)

One of the greatest concerns for women in mid-life is the loss of bone mineral density. In its mildest form, this is commonly referred to as osteopenia. As the bones become more porous and fragile, the term osteoporosis is typically used. A trial presented in the September 2009 edition of the American Journal of Clinical Nutrition suggests a non-hormonal approach to supporting skeletal health. In that research, it was determined that inadequate intake of folic acid and Vitamin B6 are linked to lower levels of osteocalcin. Osteocalcin is a protein that is vital to maintaining the proper mineralization of bones. Previous studies indicate that sub-par concentrations of Vitamin B12 may also be implicated in osteopenia and osteoporosis. Some scientists theorize that elevated levels of an amino acid known as homocysteine may have detrimental effects on the quality of bones as we age. Folic acid, Vitamin B6 and B12 are a first line approach to lowering high homocysteine, which may also play a role in the progression of cardiovascular disease. (3,4,5)

Heart disease is the number one cause of mortality in postmenopausal women. Any conservative step that can be taken to reduce that risk is highly advisable. One such strategy appears to be eating more strawberries, evidenced in a new experiment involving 16 women that were at high risk for heart disease. Each of the female participants had at least “3 features of metabolic syndrome” – elevated blood pressure, blood sugar and triglycerides, low HDL “good” cholesterol and a waist circumference of over 35 inches. All of the women were asked to drink 25 grams of a freeze-dried strawberry powder in a glass of water over a 4 week period. Blood tests were taken prior to and after the one month trial. The results revealed that the strawberry mixture reduced total cholesterol by 5% and LDL “bad” cholesterol by 6%. Perhaps most importantly, the experimental diet led to a 14% decline in “lipid peroxidation” and a lower level of oxidized LDL cholesterol. This latter finding is important because oxidized cholesterol is a primary factor in the accumulation of plaque in arteries. An interesting side note is that some scientists believe that the high levels of folic acid found in strawberries may be part of the reason for their heart friendly effect. A lack of folic acid has previously been linked to increased cardiovascular risk and, as I mentioned earlier, poor bone density. (6,7,8)

A disappointing study about black cohosh appears in the October 2009 issue of the Journal of Clinical Psychopharmacology. Black cohosh (Cimicifuga racemosa) is perhaps the most widely used herbal remedy by menopausal women worldwide. It’s frequently recommended by naturopathic doctors to help manage hot flashes, mood imbalance, poor sleep and sexual issues relating to mid-life hormonal changes. A trial was recently performed at the University of Pennsylvania to assess the effects of black cohosh in a group of women suffering from menopausal anxiety. Fifteen participants were asked to take a “pharmaceutical-grade black cohosh” supplement and thirteen were given a placebo for 12 weeks. Various measures of anxiety were taken pre and post study (Beck Anxiety Inventory, Green Climacteric Scale, Hamilton Anxiety Rating Scale and Psychological General Well-Being Index). No significant benefits were found in the black cohosh group as compared to the placebo. However, the researchers did comment that these results need to be interpreted with caution because of the “small sample size, choice of black cohosh preparation and dosage used”. (9,10,11,12,13)

The decision about whether to use conventional hormone replacement therapy needs to be carefully evaluated and individually applied. If a patient or physician decides that HRT isn’t an appropriate option, then the next step is to determine whether there’s a viable natural alternative. Knowing that there are safe remedies such as B-vitamins, phytoestrogens and even strawberries can empower women to make the best possible decisions about their own health care.