If you took a poll that asked people to identify the most popular vitamin in the world, you’d likely find that Vitamin C tops the list. But if you posed that same question to researchers who are currently conducting scientific studies, their answer would almost certainly be Vitamin D – and I’m not just referring to researchers in the field of nutritional science. Specialists from all over the medical map are expressing an interest in the role that the “sunshine vitamin” may play in conditions ranging from asthma to cardiovascular disease to diabetes, and even lesser known conditions such as polycystic ovary syndrome (PCOS). These days, the scientific literature is simply lit up with references to ergocalciferol (Vitamin D2) and cholecalciferol (Vitamin D3). 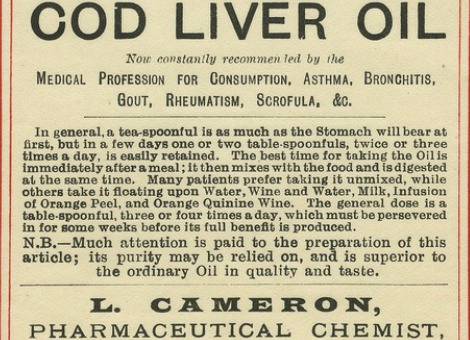 As you probably know, I like to focus on ways of maintaining optimal health throughout the aging process. The percentage of people living longer is growing and will continue to do so in the coming years. This wonderful consequence largely has to do with advancements in modern medicine. But this shift also presents some challenges that must be addressed. The stark reality is that quality of life often suffers during the “golden age”. In addition, the expense associated with medical care during this period can also be very problematic. One simple way of addressing these issues is maintaining optimal Vitamin D levels throughout maturity.

Falls are one of the leading causes medical complications in the elder population. A broken bone in a senior patient can lead to long term disability and a variety of significant medical consequences (the need for new medications, infection risk, hospital stays, surgical side effects, etc.). The good news is that fractures are largely preventable. The October issue of the British Medical Journal includes a meta-analysis of 8 high quality studies that examine the effects of Vitamin D supplementation on fall risk. The authors of this review determined that Vitamin D dosages of 700 – 1,000 IUs reduced the risk of falls by an average of 19%. Seniors with Vitamin D levels of 60 nmol/l or higher had a 23% reduced likelihood of falling. Based on these findings, the simple act of taking a daily Vitamin D supplement and/or testing for optimal Vitamin D levels should become a priority in order to promote greater health and safety in this vulnerable population. (1)

Two new observational trials also point to the promise of D in protecting against a few of the most common causes of disease and mortality worldwide. A study appearing in the October 13th issue of Diabetologia looked for a link between calcium and Vitamin D intake and the risk of type 2 diabetes. Almost 60,000 Japanese residents submitted food frequency questionnaires over a 5 year period. The researchers found that the participants who had the highest intake of Vitamin D along with calcium showed about a 40% decreased likelihood of developing type 2 diabetes. It’s interesting to note that dairy intake was only associated with a lower risk of diabetes in women. (2)

The October 15th edition of the American Journal of Epidemiology draws a correlation between higher blood concentrations of D and a lower risk of death from cardiovascular disease. This study was conducted in Finland and involved 6,219 men and women. Over the course of 28 years, 640 of the study volunteers died of coronary disease and 293 passed away due to strokes (cerebrovascular disease). The participants with the highest levels of 25(OH)D (a blood marker for Vitamin D) were over 50% less likely to die of a stroke. There was a “non-significant” 9% reduction with regard to coronary deaths. The authors of the study concluded that “a low Vitamin D level may be associated with higher risk of a fatal CVD event, particularly cerebrovascular death”. (3)

There are also two new “controlled” studies that bear mention. These types of experiments are interventional trials that involve the use of a placebo as a means of comparison. The first study investigated whether there was a link between D levels and the insulin resistance that is related to polycystic ovary syndrome (PCOS). PCOS is a condition that affects between 5-10% of women during their reproductive years. It’s characterized by abnormal menstrual cycles, acne, excess hair growth (due to elevated testosterone levels) and obesity. This condition can also put women at an increased risk for certain cancers, cardiovascular disease and diabetes. A group of 11 women with PCOS participated in this current research. 9 of them were deficient in Vitamin D at the beginning of the trial. A high dosage of Vitamin D3 supplement (300,000 IUs) was administered on a single occasion. This brought all of the women’s Vitamin D levels into the “normal range”. Over the course of 3 weeks, the researchers also noted a trend toward improvement in blood glucose and insulin levels. This indicates the possibility that Vitamin D may be commonly lacking in this population and that it may partially counteract the problem of insulin resistance. (4)

A recent trial at the Medical University of Lodz, Poland discovered that the addition of Vitamin D to standard asthma care can protect against adverse reactions (to the medication). The co-administration of Vitamin D3 with prednisone prevented the immunosuppressive effects typically found in users of this corticosteroid medication. My hope is that further research will determine that the addition of D3 to corticosteroid therapies will allow for a safer treatment course. (5)

Let’s say I pointed out two people in a crowd. One of them has a dark tan. The other is rather pale. You might suspect that the tanned person has higher levels of Vitamin D in their system. You could be right, but that isn’t a foregone conclusion according to a new study in the Journal of Investigational Dermatology. Researchers at the Copenhagen University Hospital in Denmark tested to see whether skin pigmentation was a good measure of 25(OH)D status in a group of 50 study volunteers. The results they found were quite surprising. The impact on Vitamin D levels due to sun exposure was dependent on two factors: 1) the starting level of Vitamin D in the individuals; 2) the cholesterol level of the volunteers. In other words, those with higher cholesterol and lower Vitamin D reacted the strongest to sun exposure. The researchers also found that these factors held true in both dark and fair skinned individuals. Therefore, please keep in mind that the degree of skin tanning is not necessarily a good measure of Vitamin D levels. It’s important to also remember that the regular use of sunscreen tends to decrease Vitamin D concentrations. Lastly, I want to point out that the most current research available indicates that supplementation with Vitamin D3 (cholecalciferol) is much more effective than with D2 (ergocalciferol). So please supplement wisely! (6,7,8)

I hope that the information I’ve provided today will encourage you to do one of two things. Ask your doctor to perform a 25(OH)D blood test to determine your Vitamin D status. This is the single best way to identify where you stand. If your doctor isn’t willing, you can personally order such tests via the Internet. A test kit will be sent to you at home along with simple instructions. You then send a tiny blood sample to a laboratory for testing and your results will be mailed back to you – usually in a matter of weeks. If neither of these options appeal to you, at the very least, I would suggest including a conservative amount of Vitamin D (a minimum of 1,000 IUs) into your daily supplement routine. I strongly believe this is an effective and safe way to guard against many of the ills we’ll face in the present and down the line. (9)