Last week I described how Vitamin D was quickly becoming a major player in the landscape of modern medicine. Green tea is likewise gaining popularity in the medical literature. Exploring the benefits of Camellia sinensis provides a rather unique opportunity. Millions upon millions of people drink this beverage on a daily basis. This affords researchers fertile ground upon which they can conduct large population studies, in addition to more controlled experiments. 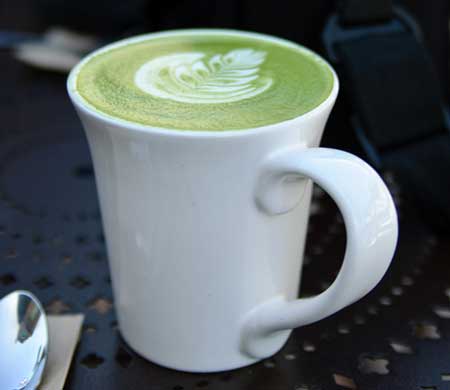 Two new studies published in The American Journal of Clinical Nutrition examine the role that frequent green tea consumption can have on mental health. The first examination followed 1,058 “community-dwelling” Japanese seniors. The authors of the trial determined green tea intake based on food frequency questionnaires. They also quantified depressive symptoms using a standardized index known as a “30-Item Geriatric Depression Scale”. A total of 34% of the elderly participants were defined as being “mildly depressed”, while 20% fell into the “severely depressed” category.

The concluding remarks of the researchers proclaim that “a more frequent consumption of green tea was associated with lower prevalence of depressive symptoms in the community-dwelling older population”. (1)

An analysis of over 42,000 middle-aged Japanese men and women recently found similar results. About 7% of this study population was diagnosed with “psychological distress”. However, those drinking 5 or more cups of green tea daily had a 20% reduced risk of such psychological problems. (2)

There’s is a great deal of scientific interest in green tea because it appears to protect against some of the greatest health threats known to modern man. Several new studies strengthen the connection between the use of tea and the risks associated with diabetes and heart disease.

Some preliminary research has suggested a link between green tea consumption and reduced levels of the valuable B vitamin, folic acid. A class of chemicals in green tea (catechins) appear to interfere with enzymes that assist in the uptake of folate. Fortunately, a new German study helps to moderate those fears. A group of 17 healthy men took high dosages of green tea catechins with each meal for 3 weeks. Another group of 16 men took placebo capsules in the same manner. Blood tests were administered before and after the trial period that measured folic acid levels. No differences were discovered between the groups. This is reassuring data. However, I do want to point out that the co-administration of folic acid and green tea may not be advisable. A previous German study did find that green tea appears to lower folate absorption if taken at the same time. (6,7,8)

The notion that green tea supports mental health doesn’t surprise me. Over the years, I’ve seen countless studies that suggest incredibly potent and varied healing properties that are attributable to this humble brew. Green tea embodies the best of what natural medicine has to offer. For starters, it has a very long tradition of health promotion and safety. But it also appears to have an extremely promising future – based upon the most up-to-date scientific research. That’s why I’ll make sure to continue to cover the newest revelations I find about Camellia sinensis. In the meantime, if you haven’t already started benefiting from green tea, this might be a good time to start.