I wish doctors were able to follow new developments in medicine much like investors track the stock market. Unfortunately that’s not possible for most physicians. There simply isn’t enough time to run a successful practice and adequately pursue the most cutting edge research. That’s why I encourage you to share the information found on this site with others and with your health care team. Doing so can help your doctor stay current in a way that he or she might not be able to otherwise. 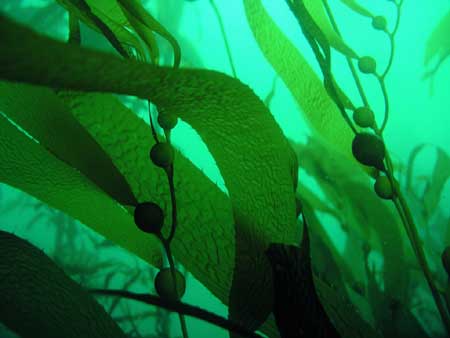 There have been a few breaking developments in the field of alcohol research that I think bear mentioning. A new study in the journal Nutrition, Metabolism and Cardiovascular Disease tested the effects of two different alcoholic beverages on the antioxidant status of 40 healthy men. The study participants consumed 30 grams of gin and red wine during two separate test periods. Each test lasted for 28 days and there was a 15 day break in between the trials. Blood tests were taken prior to each segment of the study and afterward. It was found that red wine was significantly more successful in preventing oxidative damage when compared to gin. The authors theorized that this difference was due to the “high polyphenolic content” of red wine. Other antioxidants contained in red wine (OPCs – oligomeric proanthocyanidins) have recently been associated with protecting the memory of aging mice. The type of extract used in the mouse study can be found in health food stores worldwide. OPC products are alcohol free and are therefore suitable for those who prefer to avoid alcohol altogether. (1,2)

An interesting side note about wine is contained in the newest issue of the Journal of Agricultural and Food Chemistry. A group of Japanese scientists have uncovered the reason behind the recommendation for drinking “red wine with meat and white wine with fish”. It appears that the iron content of wine is the determining factor. These findings were based on an experiment involving 38 red wines and 26 white wines. Testing was conducted to establish the iron content of the beverages. Then a group of wine testers were asked to provide a “sensory analysis” of meals containing the various wines paired with seafood (scallops). The taste testers noted an “unpleasant fishy aftertaste” when drinking the high-iron (red) wines. The researchers also performed objective tests that discovered that the red wine/scallop combination provoked certain chemical changes that produced malodorous reactions. (3)

Some doctors believe that lower carbohydrate diets can negatively impact mood. But a presentation at the October 17th meeting of the Annual Society for Neuroscience refutes that contention. Researchers from the University of South Florida compared the effects of a “typical American diet” (high in sugar and fat) to an “Atkins-type diet” (low in carbohydrates, high in fat and moderate in protein). Dr. David Diamond, of the USF Department of Psychology, Molecular Pharmacology and Physiology tested the impact of the two diets in a group of laboratory rats. All the rats were fed the respective menus for a 2 week period. They were then exposed to a stressor. After 5 weeks, tests were conducted to determine their levels of anxiety and “fear memory”.

Dr. Diamond commented that “the Atkins (low carb) diet is an effective strategy for reducing weight, and our findings suggest that it may also reduce anxiety and potentially enhance cognitive performance under stress”. The mood modifying properties of a low carb diet may directly apply to humans as well. A study performed in 25 women with polycystic ovary syndrome (PCOS) found that a “high-protein low-carbohydrate diet” lowered depression and improved self esteem – independent of any weight loss consideration. A previous experiment conducted in rats suggests that higher levels of dietary fat may be responsible for the observed decrease in anxiety. (4,5,6)

In the conventional medical community, there is still some debate about the necessity of a daily multi-vitamin/mineral. I personally believe that this type of supplementation is one of the best possible preventive measures. Several new studies support my point of view. They do so by demonstrating the benefits of various micronutrients that are often lacking in many diets.

Every day there is new information being published in the medical literature that has the potential to improve and, possibly, save lives. One example is the recent discovery that low levels of Vitamin D may put women at a higher risk of anemia. This revelation is “news” to me and will likely to be “news” to many doctors who manage patients with anemia. I sincerely doubt that a relatively obscure study such as this will make national headlines. But now I’m aware of it and you are too. This affords us the opportunity to share this knowledge in a way that will do the most good. Please help me spread the word. (12)