The connection between mental health and the condition of the physical body is often neglected in modern medicine. One example is the way conventional doctors generally treat bone loss, otherwise known as osteopenia (minor loss of bone density) and osteoporosis (significant loss of bone mineralization). The typical advice given is to take the “recommended daily allowance (RDA)” of supplemental calcium and Vitamin D, hormone replacement therapy and a select group of medications that attempt to “harden” the bones. But one suggestion that I’ve never heard from an allopathic physician is to practice stress management as a way of protecting the skeletal system. 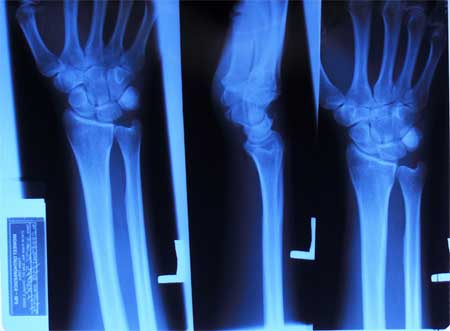 Emerging evidence suggests that excess production of cortisol, the body’s primary stress hormone, may contribute to poor bone status in older and younger populations alike. It also appears that this proposed connection is a risk factor for both genders. But there’s even more to the story. Simply treating stress with medications doesn’t appear to improve skeletal health. In fact, some of the drugs used to address anxiety and depression may actually make things worse.

A new study in the Journal of Clinical Endocrinology and Metabolism provides a powerful example of the correlation between “hypercortisolism” and poor bone status. This Italian examination looked for an association between mildly elevated stress hormones and low bone density. 287 patients with subclinical hypercortisolism (SH) were compared to 194 healthy volunteers. Both groups contained a broad cross section of men and women of varying ages. X-rays were taken of all the participants at two relevant locations (femoral neck and lumbar spine). The researchers determined that those with high cortisol had dramatically lower bone density in the femoral neck and lumber spine regions. There was also a more than 3 times greater risk of fractures in the patients with SH. This additional risk was not influenced by factors relating to age, gender or menopausal status. (1)

There have been several other trials from 2009 that support the osteroporotic/stress connection. Each of the studies focuses on a different population group – adult men, overweight adolescents and anorexic women. This is important to note because the negative effects of stress hormones on the skeletal system can apparently impact all of these disparate groups. Therefore, the possibility exists that this unwanted side-effect could also apply to the population at large.

Anxiety and depression are typically associated with elevated cortisol levels. This may explain why these psychological conditions are now proposed as an independent and substantial risk factor for low bone density. A meta-analysis from September 2009 reviewed 23 studies that compared the bone status of depressed individuals to healthy volunteers. On average, depressed men and women demonstrated weaker bones in their forearms, hips and spine regions. Women appeared to be more vulnerable to the effects of psychological distress than men. An interesting side note is that premenopausal women were at greater danger for fractures than postmenopausal women. A separate study in the journal Bone also suggests a strong correlation between depression in premenopausal women and low bone density. The authors of that research recommend that such patients “should be investigated for osteroporosis”. (5,6,7,8)

In order to investigate how stress alters bone density, researchers have looked to a condition known as Cushing’s syndrome, which features “overt hypercortisolism” and can lead to “osteoporosis and fractures in up to 70% of cases”. In such circumstances, there is a dysfunction in the mechanisms by which bones are broken down and rebuilt. There may also be some indirect ways that cortisol exacts its damage, such as altering sex hormone levels and promoting calcium malabsorption. Certain medications can also inadvertently contribute to the problem. For instance, depressed patients given anxiolytic medications (for anxiety) or antidepressants may develop weaker bones as a consequence. (9,10,11)

The information presented today may seem discouraging or otherwise gloomy in nature. Perhaps you’re even stressing out just thinking about it! Don’t! The good news is now that you’re aware of the risk of feeling chronically stressed, you can do something to change your state of mind. There are safe, natural and inexpensive remedies such as aromatherapy, fish oil, guided imagery, music therapy and yoga that are all scientifically proven to help lower cortisol levels. It doesn’t matter what you do to manage your stress levels. Just make sure that you do something to address it. Not only will you feel better, but you can also be confident in the fact that there are beneficial changes simultaneously occurring in other parts of your body as well. (12,13,14,15,16)