Alternative remedies are generally best suited for the management of chronic conditions. On the other hand, acute symptoms and medical emergencies frequently require conventional care. If you break a leg, going to the hospital obviously makes much better sense than treating it with guided imagery and an herbal poultice. But with non-life threatening conditions such as recurrent headaches, the side effects associated with long term medication often make natural remedies a more attractive option. 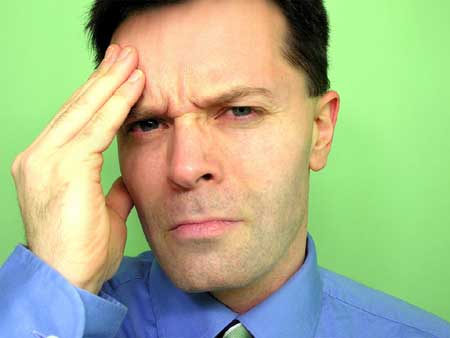 In the past few months there have been several promising studies about a variety of holistic treatments for chronic headaches. Please keep in mind that I’ve only selected a handful of the newest published trials. (1)

A recent survey discovered that chiropractic was the most popular alternative therapy for “chronic tension type headaches”. The problem that many physicians have with this form of treatment is that there aren’t many well designed studies that prove its efficacy and safety in those with this variety of pain. However, a new study appearing in the Journal of Manipulative Physiological Therapeutics helps to strengthen the case for chiropractic adjustments in the treatment of tension headaches.

Those receiving the combination therapy of chiropractic + medication demonstrated a significant reduction in headache frequency. While promising, the researchers are calling for additional study with a larger pool of participants. (2,3,4,5,6)

A form of body manipulation known as trigger point therapy may also benefit those with “tension-type headaches”. A recent scientific review describes trigger points as “discrete, focal, hyper-irritable spots located in a taut band of skeletal muscle”. Administering analgesic (pain relieving) injections or carefully applied massage to these locations can often relieve chronic pain. This fact is evidenced by a few recent studies. The latest of which involved 9 adolescent females with tension-type headaches. All of the participants were administered twice-weekly “trigger point specific physiotherapy”. Dramatic improvements in headache duration (77%), frequency (68%) and intensity (74%) were reported after about 7 sessions. No adverse effects were documented. A 2008 study from Spain also found impressive success rates in a larger and more diverse group of study volunteers. (7,8,9)

Kiko, a Japanese martial arts practice that involves “repetitive coordinated breath and movement”, was recently found to significantly reduce migraine symptoms in a small group of headache sufferers. Baseline and post-trial migraine symptoms were rated and recorded. The participants were taught Kiko in 3 monthly sessions and then practiced it at home using an instructional DVD. Only about half of the study volunteers completed the 4 month trial. But all of those who did experienced “measurable improvement in their migraines” with “no reported adverse effects”. I’m mentioning the relatively high “drop out” rate because this is an important consideration when choosing any kind of treatment. The fact is that many natural remedies require more effort and persistence than simply popping a prescribed capsule or tablet. (10)

Two new studies support the use of acupuncture in patients with both acute and chronic migraines. The first trial appears in the June edition of the journal Headache. 175 migraine sufferers were divided into 3 groups – a treatment group, which received verum (real) acupuncture and two “sham” acupuncture groups. The pain relieving effects of the respective treatments were measured 1/2 hour, 1 hour, 2 hours and 4 hours post application. The researchers also monitored the degree of “aggravation”, pain and relapse in the subsequent 24 hour period. The authors of the study noted that real acupuncture, “is more effective than sham acupuncture … in reducing the discomfort of acute migraine. Verum acupuncture is also clearly effective in relieving pain and preventing migraine relapse”. A separate study from April 2009 determined that directing acupuncture at the gallbladder and liver meridians (specific acupuncture points) may be more effective and safer than conventional medication in the long term (chronic) management of migraines. The patients in that trial were followed for a total of 1.5 years. (11,12) 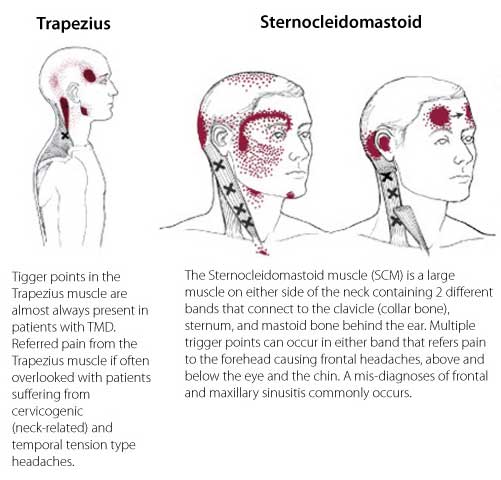 There are some people out there who have tried numerous conventional and natural treatments to alleviate chronic headaches and have been unsuccessful. Sometimes they’ve been to the most respected experts in the field and have even tried the most rigorous alternative options available. To those individuals I say: Please don’t give up! There are always avenues that are left to be explored. An example can be found in the July edition of the Journal of Alternative and Complementary Medicine. A case study is presented about a 13 year old girl who is physiologically healthy but has been suffering from headaches since the age of 11. After a thorough holistic evaluation, a specific Japanese (Kampo) herbal remedy known as saikokaryukotsuboreito was prescribed. The young lady found acute relief as long as she remembered to take her “medicine”. After 11 months of treatment, the use of the herbal remedy was discontinued. The headache did not recur after that based on a 3 year follow up evaluation. The authors of this case study commented that, “Kampo formulas are selected not only by paying attention to the primary symptom but also by checking the other characteristics (symptoms, constitution, etc.)”. Previous experiments using another Kampo herbal medicine (goshuyuto) have also noted success in larger study groups. (13,14,15)

It’s vitally important to have options in health care. No one therapy is right for everyone – whether natural, synthetic or something in between. Human beings are not a “one size fits all” kind of organism. We’re unique in our physiological and psychological make up and, therefore, require an individualized medical approach. But if we’re not aware of the available options, they don’t practically exist. If Kampo just sounds like a foreign word and trigger point therapy brings a gun to mind, then it’s highly unlikely that you’ll ever have the opportunity to benefit from these potentially life changing treatments. This is part of the reason why I’m so happy to be able to research these and other topics and share them with you.