There are some fairly obvious reasons why obesity is such a prevalent issue in the 21st century. Likewise, there are many predictable consequences that frequently befall those carrying around excess weight. However, there are also some modifiable risk factors that tend to fly under the mainstream media’s radar. It could be that these topics are just “too boring” or, perhaps, they’re deemed too specific for a mass audience. But the fact remains that being unaware of these threats can seriously endanger one’s health. 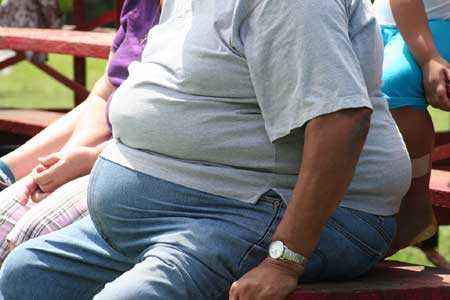 A recent study in the journal Circulation helps to clarify the well established link between excess body fat and the risk of blood clots (venous thromboembolism – VTE). A ten year observational trial followed a group of 57,054 middle-aged men and women. Measurements of body fat, hip and waist circumference and weight were taken at baseline. Other potential risk factors for VTEs were also noted – such as diabetes, high blood pressure and cholesterol, hormone replacement therapy and physical activity. Over the next decade, a total of 641 blood clotting incidents were verified via a review of medical records. After all of the data were carefully examined, it was determined that women with a higher hip circumference were at an increased risk of having blood clots. In men, a larger waist circumference was associated with more VTEs. This indicates that specific fat distribution may influence the likelihood of these potentially life threatening events. Previous studies have also identified abdominal obesity and “subcutaneous obesity” (fat located just under the skin) with increased venous thromboembolism risk. (1,2,3)

Antipsychotic medications are frequently prescribed to patients of all ages. Some psychiatrists believe this strategy is one of the best ways to stabilize individuals with a variety of mental disorders. The October edition of the Journal of the American Medical Association points out an important concern associated with the use of this class of drugs. A total of 205 children and adolescents completed the study. All of the youngsters had been diagnosed with aggressive/disruptive behavior, mood or schizophrenia spectrum disorders. The specific medications used in the 12 week study were: aripiprazole, olanzapine, quetiapine or risperidone.

A group of 15 patients “who refused participation or were non-adherent served as a comparison group”. The untreated children gained less than .5 lbs. On the other hand, those given olanzapine and quetiapine demonstrated increases in blood sugar, LDL (“bad”) cholesterol and trigylceride concentrations. Risperidone caused a significant elevation in triglycerides as well. These side effects caused between 10% – 36% of the young patients to be classified as overweight or obese by the end of the 11 week experiment. These alarming findings led the authors to remark that, “These medications can be lifesaving for youth with serious psychiatric illnesses such as schizophrenia, classically defined bipolar disorder, or severe aggression associated with autism. However, given the risk for weight gain and long-term risk for cardiovascular and metabolic problems, the widespread and increasing use of atypical antipsychotic medications in children and adolescents should be reconsidered.” (4)

These results do not appear to be a fluke. A prior study involving adults living in Singapore found similar results after 6 months of antipsychotic treatment. In that trial, an average weight gain of over 12 lbs was observed. Undesirable shifts in cholesterol levels were likewise reported. In addition, other research suggests that certain psychiatric patients may be more sensitive to these adverse reactions. For instance, scientists from the University of Toronto Department of Psychiatry state that women may be more susceptible to “weight gain, diabetes and specific cardiovascular risks of antipsychotics”. (5,6)

There is a growing consensus in the scientific community that being overweight predisposes men and women to inadequate vitamin D levels. A recent analysis suggests that 1 out of 2 obese men and 1 of every 3 obese women are clinically deficient in this vital nutrient. Now, an Australian study published in the American Journal of Medicine rings a new bell of alarm. 17 obese hospital patients with “severe vitamin D deficiency” were given 10,000 IUs of Vitamin D3 daily for 1 week. Blood tests were taken before and after to determine any changes in serum 25-OH D concentrations – a measure of D levels in the blood. The researchers discovered that those with the highest body mass index (BMI) responded the least to the “medication”. Therefore they concluded that “Efficacy of Vitamin D supplementation is depended on BMI. Overweight and obese patients with hypovitaminosis D might require higher doses of Vitamin D to achieve Vitamin D repletion compared with individuals with normal body weight”. (7,8,9)

Every “problem” I’ve written about today has a practical solution. Eating a more healthful diet and exercising regularly can decrease body fat accumulation and, thereby, possibly reduce the risk of blood clots. Those same changes may also help one to avoid the underlying need for certain antipsychotic medications. If those strategies aren’t enough, there are plenty of natural remedies that are known to support healthier circulation and psychological stability (fish oil, niacin, Vitamin D). Some people may still require carefully selected prescription drugs to manage their medical issues. But even if they do, simply being aware of the possible side effects can help them and their physicians to take steps to avoid such complications. It is precisely this kind of integrative approach that I hope will become the future of health care. (10,11,12,13,14,15)