Keeping up with medical news is a lot like keeping track of the stock market. New information is continuously being released and must be considered in order to have a well rounded picture of what’s really going on. I try to present an accurate assessment of each subject that I write about. However, the accuracy of the information is only current at the posting date. A week or two after I publish an article, there’s frequently something new that I could add. That’s why I regularly post updates on topics that I’ve already covered. 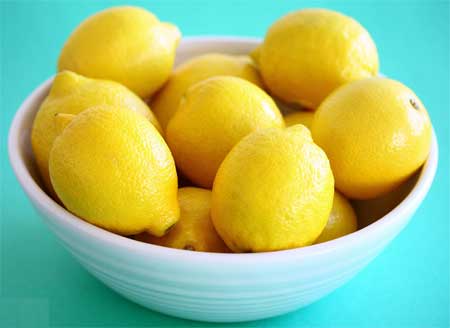 In September 2009, I wrote about a controversy pertaining to grapefruit consumption and the relative risk of breast cancer. Since grapefruit and other citrus sources contain similar phytochemicals, I thought I should also look at the most recent information about citrus intake in general and overall cancer risk. The most current study I found is published in the October 23rd edition of the journal Cancer Causes and Control. A group of Italian researchers carefully looked for a connection between citrus fruits in the diets of patients with cancer and those without. The patients with the highest (vs. the lowest) citrus consumption were found to have:

With respect to hormonally influenced malignancies, “no consistent association was found with breast, endometrial, ovarian or prostate cancer”. The authors concluded that “citrus fruit has a protective role against cancer of the digestive and upper respiratory tract”. (1)

A new population study presented in the International Journal of Cancer discovered a significantly lower risk of gastric cancer in Iranians who ate large quantities of allium vegetables (garlic, leaks, onions, etc.), citrus fruits and fresh fish. In addition, an experiment conducted in an animal model suggests that hesperetin, a phytochemical found in citrus fruits, may be a potent agent in the fight against colon cancer. (2,3)

In August and September, I wrote a two part column about the role that dietary fiber can play in the development of cancer and heart disease. The most recent issue of the journal Diabetes Care provides yet another reason why roughage should be a focal point in most healthy diets. A group of 3,428 healthy senior volunteers were followed for a period of 7 years. During that time, 162 of the participants were diagnosed with type 2 diabetes. A team of London-based researchers examined whether there might be an association between fiber consumption and the incidence of diabetes. A significantly higher risk of diabetes was found in those with the lowest fiber intake. There were also indications of higher levels of inflammation and fatty liver in those with “low cereal and low vegetable fiber intake”. (4)

There is some evidence that suggests that a high fiber diet may reduce the risk of breast cancer. One of the proposed mechanisms is that dietary roughage may effectively lower “circulating estrogen concentrations” that are believed to contribute to the risk of breast malignancies. A new study in the American Journal of Clinical Nutrition offers hope to those who are concerned about breast cancer and gives pause to those who are hoping to become pregnant. (5,6,7)

The “BioCycle Study” involved 250 menstruating women over the course of 2 cycles. Fiber intake was assessed via “24 hour recall”. Hormone levels and “incident anovulation” (failure to ovulate) were measured 8 times per cycle. It was determined that higher fiber intake reduced the levels of estradiol (a form of estrogen), follicle-stimulating hormone, luteinizing hormone and progesterone. There was also an increased likelihood of anovulation. The risk of anovulation increased in accordance with elevating levels of dietary fiber. The authors of the study concluded that, “a diet high in fiber is significantly associated with decreased hormone concentrations and a higher probability of anovulation”.

The last stop on this fiber tour relates the important role that roughage plays in supporting healthy immune function. The October 28th issue of the journal Nature describes the importance of fiber in the colon. A group of Australian researchers explain that bacteria in the colon convert dietary fiber into short chain fatty acids (SCFA), which play a vital role in immune function and suppressing inflammation. They go on to state that the highly processed diets commonly found in modern societies may be contributing to disease due to a relative lack of fiber-rich foods. (8)

The Effects of Insoluble and Soluble Fiber

I make no secret about it – I strongly believe that a daily multivitamin/mineral is a valuable tool in the promotion of overall wellness. This is all the more true for women who are planning on becoming pregnant. Three new studies illustrate several reasons why the use of an appropriate prenatal supplement is essential to the good health of mother and child.

Research from the Alcohol Research Group at the University of Berkeley, California examined “whether multivitamin supplements modify the relationship between alcohol consumption during pregnancy and the risk of miscarriage”. A total of 1,061 pregnant women participated in this analysis. The results showed that women who drank but did not use multivitamins were 67% more likely to have a miscarriage as compared to those who did not drink alcohol at all. However, women who consumed alcohol and took a daily vitamin supplement did not exhibit any increase in the risk of miscarriage. However, this information is preliminary and is obviously not a license to drink while pregnant. This is simply an illustration of the protective effect that vital nutrients can have in relation to a variety of dietary and environmental insults. (9)

Two other studies recently caught my eye. The first uncovered a long term benefit of folic acid supplementation during pregnancy and a reduced risk of “childhood behavioral difficulties” in “offspring”. Higher rates of hyperactivity and “peer problems” were noted in children born to mothers who consumed lower levels of folate during their pregnancies. These symptoms were noted in children with ages between 7 and 9. An objective measure of folate inadequacy was also detected – infants born to mothers lacking in folate exhibited a statistically smaller head circumference. The authors of the trial commented that, “lower folate status in early pregnancy might impair fetal brain development and affect hyperactivity/inattention and peer problems in childhood”. Finally, an antioxidant-rich prenatal supplement was found to provide long term heart and kidney protection for the offspring of lab rats. A particular benefit was found with regard to blood pressure regulation and a healthier circulatory system of the offspring whose mothers received key nutrients such as folate, selenium, Vitamin C and E. (10,11)

Earlier I mentioned that I’d be updating some of my previous blogs. I probably should have described my intent in a slightly different way. What I really hope to accomplish with these follow-ups is to reinforce positive habits and lifestyle choices. We all have a lot of helpful information at our fingertips these days. But with so many facts and figures swirling around, it’s very easy to misplace the very tips and concepts that we’d liked to incorporate into our daily routines. In reality, a gentle nudge and a friendly reminder is what I’m serving up today.