The medicinal portions of plants and trees can come from bark, flowers, leaves and even the rhizomes or roots. There’s a sort of pragmatic beauty in nature. Many of the therapeutic components of plants are parts that humans typically don’t eat. After all, how many of us have snacked on the inner bark of a French maritime pine tree or ordered a fillet of salmon with a side of wilted ginkgo or gotu kola leaves? There are however certain exceptions to this rule. Green tea and turmeric are perhaps two of the highest profile examples of this phenomenon. 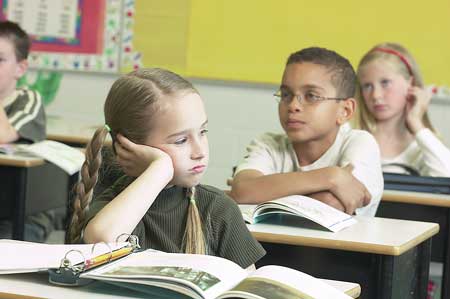 One of the more challenging aspects of raising a child is deciding when it’s absolutely necessary to use medications. There are many factors to consider especially when the condition that needs treatment isn’t life threatening. One example is a disorder referred to as ADHD (attention-deficit hyperactivity disorder). There are several controversial and potent medications currently being used to manage ADHD symptoms. However, many allopathic physicians and parents are unaware that there are some natural alternatives that may also make a difference.

A study published in the October 20th issue of the journal Biomedicine & Pharmacotherapy may offer hope to those looking for a more natural and safer option to the drugs generally used to address ADHD. This fascinating research focused on the role that certain trace minerals play in the manifestation of ADHD symptoms. A group of scientists administered a pine bark extract (1 mg/kg/day) or a placebo for 4 weeks to 65 children and adolescents with ADHD. 56 healthy youngsters were used as a comparison group. Blood samples were taken pre and post trial that quantified the levels of copper, iron, selenium and zinc.

The authors of the study concluded that pine bark “modified trace element status, normalized total antioxidant status through a decrease of Cu (copper), Fe (iron), and Cu/Zn (zinc) ratio and improved clinical symptoms of ADHD”. The improvement in the copper/zinc ratio may be an important piece to the ADHD puzzle. A separate study from April of 2009 found that adding 15 mg of zinc to the diet of 218 “third grade students” reduced symptoms of attention deficit and hyperactivity. (1,2)

Another newly published trial did not find the same level of success as the previously mentioned inquiries. The experiment was conducted at the Department of Psychiatry at the University of Medical Sciences, Arak, Iran. It tested the effects of a ginkgo biloba extract in a group of 50 boys and girls with ADHD. Over the course of 6 weeks, the young subjects were administered the ginkgo extract or a conventional ADHD medication (methylphenidate). A standardized index known as the Parent and Teacher Rating Scale was used to determine changes during the treatment period. Both groups showed some degree of improvement in the “Parent ADHD Rating Scale”. But those receiving the conventional medication improved to a significantly greater extent. The changes, as assessed by teachers, were dramatically more evident in the methylphenidate students. These findings indicate that ginkgo biloba extract, given at dosages ranging from 80-120 mg, is probably not as effective as conventional medical treatment. However, there are a few points that need to be made. Not all ginkgo extracts are created equal. It’s possible that other ginkgo extracts may perform in a more satisfactory manner. It’s also important to note that there was a higher level of reported side effects in those using methylphenidate. The adverse reactions included “decreased appetite, headache and insomnia”. (3)

The combination of turmeric extract (curcumin) and green tea may be a potent team in the fight against a variety of cancers. The most recent evidence of this is found in the October 24th edition of the journal Food and Chemical Toxicology. In that experiment, groups of lab rats were fed a conventional diet or diets that were supplemented with: a) curcumin; b) green tea catechins; or c) curcumin + green tea catechins. All of the rats receiving the herbal extracts demonstrated significant protection against the development of colon cancer. However, the combination of curcumin + green tea “displayed the most potent inhibitory effect”. The authors of the study concluded that “the combination of curcumin and catechins may produce a synergistic colon cancer-preventative effect that would be more potent than each of the compounds alone”. This same combination is also receiving attention from prestigious research outlets such as the Mayo Clinic and the M.D. Anderson Cancer Clinic with regard to chronic lymphocytic leukemia. In addition, a Chinese study from 2002 found that this duo can protect against oral cancer in an animal model. A 2007 trial even suggests that curcumin + green tea polyphenols “may have the potential to beneficially modify the life spans of animals”. (4,5,6,7,8) 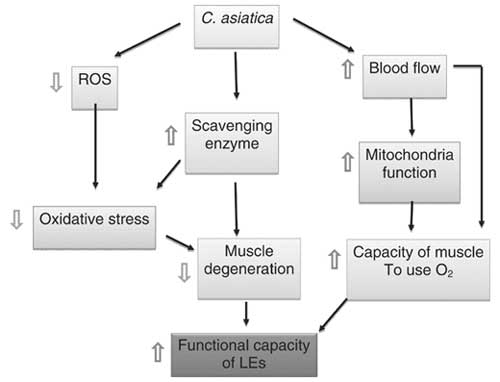 Gotu Kola (Centella asiatica) has a long standing reputation for supporting mental and physical health, especially during the “twilight of our lives”. A new study presented in the journal Evidence Based Complementary and Alternative Medicine helps to strengthen the case for this traditional herbal remedy. A double-blind, placebo-controlled, randomized trial (the “gold standard” of scientific studies) recently evaluated the effects of C. asiatica in a group of 80 healthy elderly subjects. A portion of the participants received a placebo and the remainder was given varying amounts of C. asiatica (250 mg, 500 mg or 750 mg once daily) for 3 months. Physical tests and a quality of life index were administered prior to, during, and after the study.

The Thai-based researchers commented that the results “support the traditional reputation of C. asiatica on strength improvement, especially in the lower extremities of the elderly”. They go on to say that “C. asiatica also possesses the potential to be a natural resource for vigor and strength increase, in healthy elderly persons”. Previous experiments indicate that this herbal extract may also reduce anxiety, improve mood and enhance “working memory” in seniors. Another positive aspect to C. asiatica is its well documented ability to support healthier blood flow. This may be one mechanism by which it combats many age-related complications such as poor circulation to the brain, feet and legs. (9,10,11,12,13)

Sometimes I watch PBS, The Discovery Channel or Animal Planet and simply marvel at the things that are constantly going on in the natural world of which I am completely unaware. On some level, I understand that the ecosystems throughout the universe are burgeoning with life and activity. But what I don’t know are the details. The same is true with science. We all comprehend that there are men and women wearing white coats in some remote lab who are studying “something” that may affect us down the line. Every once in a while, a news story will appear that draws us into that elusive world. But for the most part, it’s a mysterious place. In my own small way, I hope to bridge that divide between these scientists and the rest of us “laypeople”.


13 Comments & Updates to “Alternatives for ADHD, Cancer Protection and More”