A few weeks ago, I visited a local emergency room and was greeted with a special flyer that described symptoms and precautions pertaining to the H1N1 virus. Over the past month or so, the “Swine Flu” has directly affected several people that I know. In each instance, all of these friends and acquaintances have recovered completely. But judging by a review of various journals, magazines and newspapers, it doesn’t seem as though the level of interest and preoccupation with H1N1 has diminished substantially. Part of the reason is likely due to a very minimal number of cases where this particular strain of influenza has lead to tragic outcomes. One such instance was the focal point of a recent Larry King Live program. 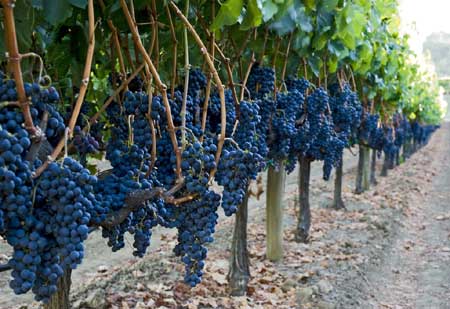 One of the guests on Mr. King’s program was a well-respected integrative pediatrician by the name of Dr. Jay Gordon. He pointed out a particularly salient point that I think is worth repeating. According to Dr. Gordon, the biggest danger of the H1N1 virus “is a secondary bacterial infection almost all the time. This virus is not virulent. It’s not powerful enough to actually kill very many people, if any. But the immune system is set up to get a secondary bacterial infection. If that’s not taken care of, you can have a fatal case.” (1)

Now, a team of researchers from the University of Alabama at Birmingham, believe they’ve found a natural way to assist the body in battling the H1N1 flu. It appears that the answer may lie in healthy foods and, perhaps, nutritional supplements. The “new” discovery centers around the effects of the H1N1 virus on lung tissue. A specific protein produced by this viral offender, known as the “M2 protein”, seems to damage pulmonary cells and prevents the lungs from effectively removing liquids which can lead to pneumonia and related complications. The take home message from the authors of the study is not that antioxidants will replace vaccines or other conventional treatments, but rather that they may play an invaluable role in dealing with influenza once it has already taken hold. (2)

There’s no question that these new findings are welcome news. But as it turns out, only the “M2 protein” aspect of this research is actually novel. Studies and even summary articles pertaining to the connection between antioxidants and influenza can be found in the scientific literature dating back at least 13 years. The trouble is, such research generally doesn’t get much play. That’s likely to change because of the Alabama data and the current concern about this flu pandemic. (3,4,5)

There are several antioxidants in particular that are documented as possessing activity against the influenza virus. Before I mention them, I want to point out that many naturopathic flu remedies are known sources of potent antioxidants. In the past I’ve mentioned a variety of botanical extracts (echinacea, elderberry, ginseng, green tea, Umcka, etc.) that are clinically validated with regard to immune stimulating and anti-viral properties. Every one of these is also a rich source of antioxidants. Is this simply a coincidence? Unlikely. (6,7,8,9,10)

Please understand that I’m not suggesting that you forego any form of appropriate medical treatment and that you opt for antioxidants instead. This is not what the new research from University of Alabama recommends nor what I am proposing. There is simply no need to take any unnecessary chances with a virus that, in the vast majority of cases, can be effectively managed. My intent in providing this information is that you simply consider it and discuss it with your health care providers. By doing so, you may open up an important line of dialogue that could influence your treatment path and the way many physicians approach this and future viral threats that will surely come.