Very few health conditions are brought about by genetic factors alone. Some people may be prone to elevated cholesterol, high blood pressure, obesity or type 2 diabetes. But it’s extremely uncommon that such health concerns are solely influenced by a familial predisposition. More often than not these conditions are influenced by diet and lifestyle choices that are less than optimal. A pertinent analogy for this might be that genes are like a field. If you eat well, exercise regularly, practice stress reduction and supplement wisely, you will, in effect, encourage lush green plant life to grow. However, if you don’t take proper care of yourself, the field will become dry and lifeless. When ash or a spark comes drifting your way, which type of a field would you rather be? 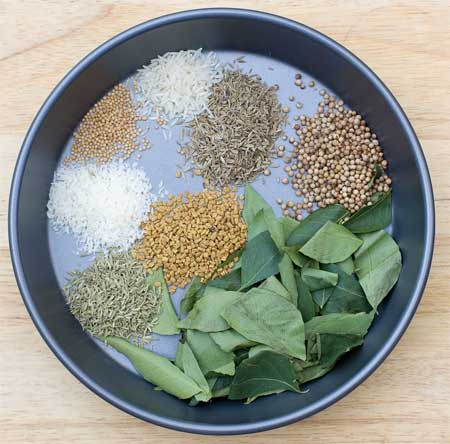 On many occasions I’ve emphasized that supplements are not a replacement for healthy lifestyle choices. But the fact of the matter is that many people fall short of their dietary and exercise goals. Another reality is that some people have stronger genetic hurdles to overcome. In both of these instances, supplements can often play a more prominent role in managing wellness naturally.

According to the National Center for Complementary and Alternative Medicine, fenugreek (Trigonella foenum-graecum) was first mentioned in “an Egyptian papyrus” dating back to 1500 B.C. This culinary herb has traditionally been used to support milk production in pregnant women, healthy digestion and even to reduce inflammatory conditions relating to the skin. However, in recent years scientists have focused on fenugreek’s ability to counter several maladies that are extremely common in the 21st century. (1)

Two recent studies on fenugreek indicate that it may play a valuable role in the arena of hunger management. The first trial was published in the November 2009 issue of Phytotherapy Research. It involved 18 “healthy obese subjects”. Each of the participants ate three breakfasts that were supplemented with varying levels of fenugreek fiber – 0 grams (used as a comparison), 4 grams or 8 grams. Dietary records were kept that detailed the food consumed in meals and snacks following the experimental breakfasts. Several significant findings were noted:

A study from the October 2009 edition of the European Journal of Clinical Pharmacology explains that fenugreek seeds have been shown to reduce “feeding behavior in animals, but strong clinical data (in humans) are lacking”. In order to remedy this information gap, a group of 12 healthy male volunteers were enrolled in a double-blind randomized placebo-controlled study. On three separate occasions, the men were given either a placebo, 588 mg of a fenugreek seed extract or 1,176 mg of the extract. There was a “washout period” of 14 days between each test in order to rule out any competing influence. The results of this experiment indicate that the higher dosage of fenugreek significantly reduced fat and total caloric intake while having no ill effect on nutrient levels. (3)

If a reduction in appetite was all that fenugreek could accomplish, I probably wouldn’t devote an entire column to it. But it also appears to provide some valuable benefits with regard to blood sugar disorders and cardiovascular health. Here are some of the key findings that I discovered while sifting through the most recent scientific data:

Perhaps the biggest question about fenugreek that’s currently being examined is how and why it works as well as it does. As I write this, there are food scientists fast at work trying to find a way to incorporate fenugreek into our modern food supply. An October 2009 study in the Journal of Medicinal Food tested the use of a proprietary fenugreek flour which was added to a commercial bread mix. The experimental bread contained 5% fenugreek flour. Testing on 8 “diet-controlled diabetic subjects” found that the fenugreek bread helped to manage blood sugar and insulin more successfully than a 100% whole wheat bread. Another important finding was that the taste of the fenugreek bread was “indistinguishable from the whole wheat bread control”. (8)

A substance by the name of 4-hydroxyisoleucine is believed to be at least partially responsible for the blood sugar balancing effect of fenugreek. This “atypical branched-chain amino acid” has been shown to reduce insulin resistance in the liver and muscles, and stimulate insulin secretion by the pancreas. The weight loss demonstrated in certain animal studies is postulated as being one more way in which fenugreek can cause a decline in blood sugar and plasma insulin concentrations. This evidence recently prompted a group of Canadian researchers to remark that, “4-hydroxyisoleucine, a simple, plant-derived amino acid, may represent an attractive new candidate for the treatment of type 2 diabetes, obesity and dyslipidemia, all key components of metabolic syndrome”. Other scientists report that even long term exposure (in animal models) to 4-hydroxyisoleucine does not damage the liver and appears to improve certain cardiovascular risk factors such as HDL (“good”) cholesterol levels. (9,10,11)

The truth of the matter is that researchers are often left wondering exactly how natural “medicines” work. Herbal extracts are frequently comprised of hundreds, if not thousands, of naturally-occurring chemicals. Most prescription medications are synthesized in a laboratory and contain only one, isolated chemical. This is partially why it’s not yet clear whether the healing properties of fenugreek are due solely to 4-hydroxyisoleucine, water soluble phytochemicals or possibly even a viscous form of fiber known as galactomannan. The overall potential of fenugreek is also not entirely clear. Preliminary research indicates that it may benefit aspects of health that extend far beyond blood sugar, cholesterol and weight. In recent years, scientific trials point to fenugreek as a possible analgesic (pain reliever), a liver protector and a memory enhancer. There is even a study underway to verify its time tested ability to safely support lactation in women who have difficulty producing adequate breast milk. Fenugreek has indeed come full circle. But now, that circle is expanding. We’re learning more about this valuable spice each day and the information is becoming available just in the nick of time. (12,13,14,15,16,17)