It’s interesting how certain aspects of the past are glamorized while others are considered “dated”. We can easily find examples in the worlds of architecture, fashion, slang/speech and transportation. The same is true of the history of nutrition. Particular foods and beverages, such as a midday tea or a bowl of stewed prunes, are generally associated with a period that’s time has long passed. 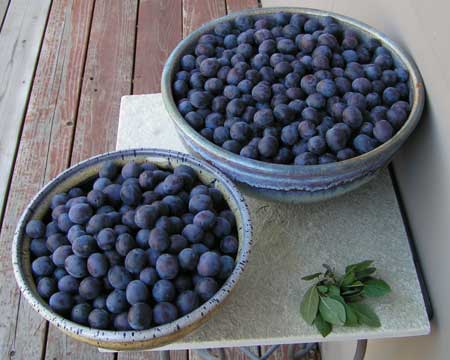 A scientific review from 2001 attempted to re-popularize a food that had become associated almost exclusively with constipation in the elderly. The term “dried plum” was used to replace the antiquated word “prune”. We can debate whether or not a shift in public perception has occurred over the past 8 years. But what’s no longer controversial are the facts laid out in that summary produced in the Department of Human Nutrition and Dietetics at the University of Illinois, Chicago. The authors of that paper discuss the most obvious use of dried plums – a natural laxative. However, they go on to point out that these dehydrated fruits are also abundant sources of antioxidants, nutrients and phytochemicals that may assist in the management of cancer, diabetes, heart disease and osteoporosis. (1)

The issue of dried plums and bone health has received the most attention over the last decade or so. A scientific analysis from April 2009 evaluated the current status of that research. Scientists from Florida State University describe prunes as “the most effective fruit in both preventing and reversing bone loss”. They point out that dried plum extracts have been clinically proven in multiple animal studies and even a preliminary human trial. Here’s some of the evidence that they used to come to this conclusion: (2)

Many fruits aren’t appropriate for those with serious blood sugar disorders or individuals who are on carbohydrate restricted diets. One of the more interesting aspects of prunes is that they may have a positive impact on blood sugar levels and serum insulin concentrations. A Japanese study from 2005 found that diabetic rats fed plum juice actually showed improvements in blood sugar and insulin levels. The researchers also noted increased adiponectin concentrations in the fatty tissue of the rats. Adiponectin is a hormone that positively affects blood glucose and lipid levels and may thereby reduce the risk of cardiovascular disease and diabetes. It’s also important to note that the carbohydrates in prunes are largely comprised of a sugar alcohol (sorbitol) which tends to have a milder impact on blood sugar. This unique carbohydrate composition is reflected in the low glycemic index and glycemic load of prunes. For instance, prunes are classified as having a glycemic index or 29 and glycemic load of 10. Another similar dried fruit, raisins, have a glycemic index of 64 and a glycemic load of 28. For those who wish to avoid the carbohydrates altogether, there are select nutritional supplements that provide sugar-free plum extracts. (12,13,14,15)

Apart from helping to manage blood sugar, dried plums may also benefit the cardiovascular system in an even more direct manner. A recent study in the British Journal of Nutrition tested the effects of prunes in a group of mice that were genetically prone to heart disease. The test animals were divided into three sections: a) received a high cholesterol diet; b) the same diet + 4.75% dried plum; c) diet + 9.5% dried plum for 5 months. An additional group was fed a cholesterol-free diet as a further means of comparison (a “negative control”). Blood tests and internal examinations (of arteries) were conducted pre and post trial. Lower levels of inflammation, oxidative stress, triglycerides and fewer “artherosclerotic lesion areas” (arterial plaque) were found in the mice receiving the plum supplemented diets. Previous studies in both animals and humans have demonstrated that diets supplemented with prunes and prune fiber are capable of lowering cholesterol levels. (16,17,18)

There’s even encouraging news on the cancer front. A test tube study from 2006 established a prune extract as a viable tool in promoting the death of colon cancer cells and suppressing the spread of existing malignant cells. A 2005 investigation from the Department of Food Science and Nutrition at the University of Minnesota, St. Paul examined the potential of prunes in the prevention of colon cancer in an animal model. The results of that experiment indicate that prunes “greatly increased” antioxidant activity in the test rats and may effectively reduce the risk of certain colon cancer risk factors. (19,20)

Although most of the research about dried plums is encouraging, there’s still much that needs to learned. In the May 2009 edition of the journal Nutrition, a study compared the effects of a dried plum extract vs. plum juice in a group of older rats with memory problems. The rats that received the juice but not the dried extract exhibited improvements in “working memory”. The authors of the study postulated that differences in the amount of specific antioxidants (phenolics) may be responsible for this unexpected outcome. These findings were surprising because previous data suggests that dried plums tend to have higher levels of phenolics than fresh plums. However, like all other natural foods, plums contain other antioxidants and phytochemicals that could be involved in this reported outcome. (21,22,23,24,25)

The future of prune research also appears to be rather promising. Food scientists are currently looking into the possibility of adding small amounts (3%) of dried plums into meat products such as pork sausage in order to extend shelf life and improve nutritional content. Combinations of foods such as dried plum + soy + fructooligosaccharides (prebiotics) are also being tested to determine whether they have a synergistic effect in combating bone loss. Thus far, one study suggests that adding all three of these foods together may be more effective than applying them individually. I’m certainly interested in seeing what comes next for this decidedly un-glamorous fruit. It doesn’t much matter what it’s called, dried plum or prune. What’s important is that we don’t relegate this valuable food to staying a relic of the past. (26,27)


17 Comments & Updates to “The Forgotten Superfruit”