Perhaps you’ve seen the series of commercials promoting Lipitor (atorvastatin) while watching your favorite TV shows. Lipitor is a cholesterol lowering medication that, according to the October 2009 edition of the AARP Bulletin, had sales of over $5.88 billion in 2008 alone. Needless to say, that buys a lot of advertising time. One of the major points made in these “heart to heart” adverts is that this prescription drug can lower “bad” (LDL) cholesterol levels by 39%-60%. The implication is that lowering LDL cholesterol can help reduce the risk of heart attacks and strokes. But there’s an emerging body of evidence that suggests that another measure of cardiovascular health should come to the forefront when assessing heart attack risk. 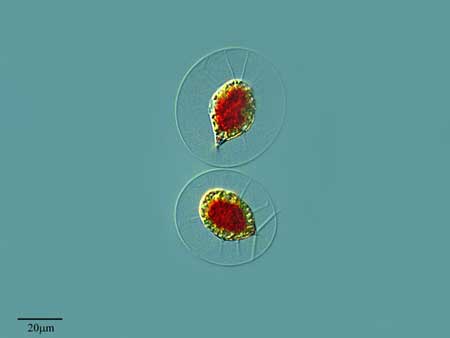 All the way back in 1992, scientists at a “health consensus conference” set up by the National Institutes of Health were discussing the possibility that high triglycerides and low HDL cholesterol may be a key factor in promoting heart disease. At that point, there was only suggestive data to support this theory. The conclusion of that meeting was that patients should be urged to use diet, exercise, smoking cessation and weight loss “to lower TG (triglycerides) and/or raise HDL”. Since then, several major studies in both men and women have strengthened the connection between the “triglycerides-to-high-density lipoprotein cholesterol ratio” (TG/HDL). (1)

The American Heart Association defines low HDL cholesterol as under 40 mg/dL for men and 50 mg/dL in women. An HDL level of 60 mg/dL or higher is mentioned as possible protection against heart disease. The AHA suggests keeping triglycerides below the 150 mg/dL mark. (6)

Based on this information, I’ve searched through the scientific literature to find some natural options that might improve the aforementioned TG/HDL ratio. While doing so, I came across some research about a relatively obscure supplement that seems to benefit the heart in multiple ways.

Astaxanthin is a reddish pigment (carotenoid) that possesses potent antioxidant properties. If you’ve eaten wild salmon, then you’ve consumed astaxanthin. It is this carotenoid that provides salmon with its distinctive color. From a supplement standpoint, astaxanthin is generally derived from an algae known as Haematococcus pluvialis (pictured above) or krill oil.

A study that appears in the October 14th issue of the journal Atherosclerosis examined the effects of various dosages of astaxanthin on HDL cholesterol levels. 61 “non-obese subjects” with normal triglycerides and varying ages (25-60 years old) participated in this 12 week experiment. The test subjects were split up and given 0 mg, 6 mg, 12 mg or 18 mg of astaxanthin daily. The 12 mg dosage was found to be the most effective means of both lowering triglycerides and elevating HDL levels. The researchers also discovered an increase in serum adiponectin, a hormone that assists the body in maintaining healthy blood sugar and lipid levels. Previous trials in animals and humans substantiate this lipid modifying effect. (7,8,9)

But there’s significantly more to the astaxanthin story than just HDL cholesterol. Other research shows that this valuable pigment can prevent lipid peroxidation in humans, which may lower the risk of arterial plaque accumulation. A study currently underway is investigating its effect on arterial stiffness in high-risk patients. In addition, astaxanthin reduces systemic inflammation that may promote the progression of cardiovascular disease. Lastly, it appears to be free of serious adverse effects, with several human studies to support its positive safety profile. (10,11,12,13,14,15)

Effects of 4 mg of Astaxanthin on Cardiovascular Risk Markers

When it comes to high triglycerides, lifestyle changes are probably the best way to address the issue. Recent studies indicate that cutting back on most sweeteners is a good start. The December 2009 issue of the journal Physiology and Behavior determined that feeding rats agave syrup, fructose and high fructose corn syrup significantly increased their triglyceride levels. This effect was not apparent when the same rats were given the natural, non-caloric sweetener stevia. Similar findings are evidenced in humans who are fed experimental diets rich in crystalline fructose. The take home message is clear: reduce your intake of caloric sweeteners and processed foods that contain them and your cardiovascular system will thank you for it. (16,17)

Some people have significantly elevated triglycerides. If you’re one of them, there are two additional techniques that may drastically improve your situation. A recent study conducted at the University of Connecticut, Storrs discovered that a low carbohydrate diet (20-25% carbohydrates, 50-55% fat and 25-30% protein) lowered triglyceride levels by 39% in a group of 39 men and women over the course of 12 weeks. A separate trial published in August 2009 found that short term (10 day) exposure to a “paleolithic, hunter-gather type diet” (containing fruits, nuts, meat and vegetables only) brought about “large significant reductions in total cholesterol, low-density lipoproteins (LDL) and triglycerides”. (18,19)

Another powerful tool that can decrease triglyceride concentrations can be found at your local health food store or almost any pharmacy. High potency fish oil concentrates are available over-the-counter and via your doctor’s prescription pad. A recent medical review points out that 4 grams of fish-based omega-3 fatty acids (totaling 1,395 mg of EPA and 1,125 DHA) “can effectively decrease TG (triglyceride) levels by up to 45%, and is generally well tolerated”. The prescription variety fish oil is typically much more expensive, unless your insurance covers part of the cost. (20,21)

If a third-line approach is needed, you might try emphasizing dietary fiber in your menu plan or including it as a supplement. Some preliminary evidence suggests that adding fiber to a healthy diet may lower TGs. The upside of this strategy is that, generally, fiber is also thought to lower LDL cholesterol and can possibly reduce inflammatory substances such as C-reactive protein which may also contribute to poor cardiovascular health. (22,23)

In closing, I want to add that staying physically active is almost always a good idea if you’re concerned about your heart or any aspect of your health. There’s a lot of evidence that supports this link. For instance, 30 minutes of brisk walking can offset some of the ill effects of occasionally eating too much sugar. 6 months worth of Kung Fu training can lower long term blood sugar levels (HbA1c), total cholesterol and triglycerides. As little as 8 weeks of high-intensity interval training is effective in improving the TG/HDL ratio. There really are many natural and safe options for improving heart health. I’m not saying that prescription medications such as Lipitor don’t have a place in medicine. There may be instances where a cardiologist truly believes that they’re the best option. However, today’s column presents an alternative to what you’re likely to be prescribed. If you mention to your doctor that you’d like to try out something different first, he just might be willing to support your decision. At the very least, that option should exist. It is, after all, your body. (24,25,26)