There are two primary forms of evidence that are generally accepted in modern medical research. One variety is known as anecdotal or empirical evidence which is basically first-hand accounts of medical failures and successes as interpreted by individuals and those treating them. These types of observations were the primary basis for selecting healing techniques in the “old world”. Simply put, healers experimented on their patients using their best educated guesses. They continued using what seemed to work and stopped using what didn’t. Therefore, most of the data collected was subjective in nature. The current state of medicine tends to strongly favor scientific evidence that can be applied to many people at once in a controlled manner. The results of scientific studies are considered more objective and reliable because the risk of influence by individual variables is largely excluded from the mix. 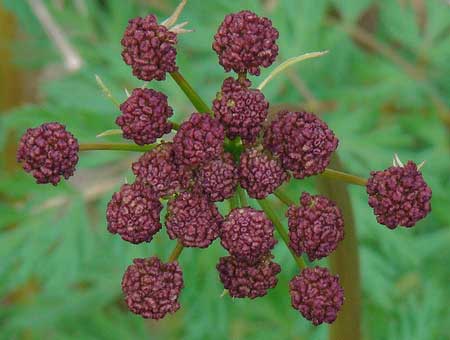 Having said all that, I have an anecdotal account to share with you today. Why? Because I believe there’s still value in sharing personal experiences, provided that they’re presented in an appropriate context. Everything I’m writing about today has a foundation in both science and traditional healing. Most clinical studies on natural remedies (and many synthetic medications) begin with historical documentation that instigates the scientific research. This is why researchers travel to all ends of the Earth to forage in the wild and meet with tribal people. They hope to learn the scientific reasons why ancient practices and medicinal plants “work”. Once that data is collected, the goal is to refine and replicate those natural substances into patentable medications that will ultimately cure/treat disease and make lots of money. But that’s another story.

My wife, let’s call her Mrs. Healthy Fellow, works in a small office in which two people recently contracted the H1N1 flu. The nature of her job is such that she couldn’t take time off of work to avoid contact with the germs that were likely present in their shared workspace. In addition, the past few weeks were very busy and stressful during and after work hours. There wasn’t much “down time” and she was sleeping fewer hours than normal. If you combine all these factors, the sum is a recipe for disaster. But there’s one more element that I need point out – around this time, we also had a family gathering that we needed to attend in another state. An airplane flight was unavoidable.

In the week leading up to the trip, the level of stress increased. It was at this point that Mrs. H started to mention feeling some soreness in her throat and a bit of congestion in her chest and nasal region. This is when the panic kicked in! There were only a few days until the trip and certainly not enough time to work through a cold, much less an H1N1 crisis. When feeling her worst, my wife looked at me and (almost) shouted: “You’re the Healthy Fellow! Fix this!”. Talk about pressure!

So, here’s what we did. First, I insisted that Mrs. H try to get a decent night’s sleep. I was only partially successful in this regard. Next, I called upon the power of every anti-viral, immune-boosting supplement we had in our pantry. Here’s a list of what my wife graciously took for several days. I say “graciously” because she has a hard time swallowing lots of capsules and I already ask her to take quite a few as part of her daily routine.

Intestinal Immune Cells Before (A) and After (B) L. Reuteri Supplementation

In total, Mrs. H was taking approximately 5,000 mg of Vitamin C, 10,000 IUs of Vitamin D, 50 mg of zinc and 1,200 mg of NAC. Please keep in mind that was only a short-term regimen. Diet-wise, I strongly suggested that she cut back on any form of sugar, which wasn’t too difficult since she’s recently embarked on a low carb diet. I also administered a nightly foot massage to further support her immune function and improve sleep quality. This also compensated for the displeasure of having to take so many extra pills and tart lozenges! (4,5,6,7,8)

To make a longer story slightly shorter, we took the airplane trip, spent several days at a hotel (a germ breeding ground) and mingled with a large groups of people at several family functions – not to mention lots of handshaking, hugging and kissing. Somehow, someway, Mrs. H managed to fight off the infection that was doggedly trying to use her body as a host. And, by the way, I also managed to avoid getting sick!

Earlier I mentioned that anecdotal evidence needs to be presented and interpreted responsibly. I’m not suggesting that what worked for Mrs. H (and me) will work for everyone. We simply utilized several natural remedies that are scientifically validated and we had a successful outcome. It didn’t cost us a lot money, but it did require some effort and patience. However, the reward of not getting sick and, more importantly, having the opportunity to share some much cherished time with family and friends more than made up for those minor inconveniences. My main reason for telling you all of this is to remind you (just as I was recently reminded) that staying healthy is a real possibility even under the worst of circumstances. We’re all stronger than we know. We just need to remember it.