Last Friday came and went without any major calamity occurring in my life. I mention this because Friday’s date was November 13th. Or, for those who tend to be superstitious – Friday the 13th. This is a date that has become synonymous with bad luck. The modern association of Friday with the number 13 appears to trace back to a book published in 1907 entitled Friday the Thirteenth. It’s a tale about a villainous businessman who tries to destroy the stock market on that specific date. A popular silent film version of the novel ensued in 1916. Later, the unrelated Friday the 13th horror film series reawakened this fear inducing urban myth. This may be laughable to some of you, but others actually alter their lives in anticipation of this date – they postpone business meetings, family gatherings, travel, etc. However, myths are not the exclusive territory of scary films and novelists. Quite a few superstitions have made their way into the field of nutrition as well. 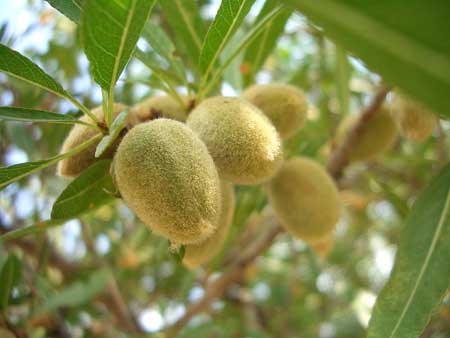 There is a common belief among many common folk and nutritionists alike that soy milk is a better alternative than cow’s milk. The thought process is that dairy is highly allergenic, loaded with “harmful” saturated fat and a variety of unwanted byproducts (growth hormones, pesticides, etc.). There is a kernel of truth to many of these concerns. But it’s not necessarily accurate to say that soy milk is, across-the-board, a good alternative to cow’s milk. In fact, a new study suggests that even conventional dairy products can have superior health effects as compared to soy.

A trial published in the November 4th edition of the American Journal of Clinical Nutrition examined the effects of conventional milk versus soy milk on markers of inflammation and oxidative stress in a group of overweight men and women. Part of the damaging effects of obesity is that a greater degree of physiological damage is incurred due to the effects of higher levels of inflammation and pro-oxidant activity. This is postulated as being one of the many reasons why obesity is associated with a greater risk of chronic health conditions and increased mortality rates.

There were significant improvements in inflammation readings, evidenced by a 15% reduction in tumor necrosis factor-alpha, a 13% decline in interlukin-6 and a 10% drop in monocyte chemoattractant protein-1. Measures of oxidative stress were also much improved: a 22% reduction in malondialdehyde and a 12% decline in serum 8-isoprostane-F(2alpha) levels. There was also a notable 20% increase in adiponectin concentrations, which tend to support healthier blood sugar levels and cardiovascular health. These improvements were evident by the 7 day mark in the dairy leg of the study. There was a trend of increased benefits as the trial period progressed (peaking at day 28). No discernible improvements were documented during the soy-diet phase of the study. (1)

Another recent trial conducted at Baylor University also tested the effects of soy milk in a group of postmenopausal women. 31 female volunteers were asked to drink either 3 servings of vanilla soy milk or low fat cow’s milk over a 4 week period. Serum levels relating to inflammation and oxidative stress were measured pre and post study. The authors noted that both groups demonstrated good compliance with the respective dietary programs. However, the “study failed to show a significant effect of soy milk consumption on markers of inflammation and oxidative stress in this postmenopausal female population”. (2)

Regardless of the nutritional merits of cow’s milk vs. soy milk, the fact remains that some people simply cannot tolerate conventional dairy products. Soy milk is an affordable, convenient and popular alternative to conventional milk. But one question that has largely gone unaddressed is whether soy can adequately replace different forms of dairy such as kefir and yogurt. It’s well known that cow’s milk is a reliable medium to deliver the healthy bacteria found in such cultured foods. Two new experiments indicate that soy milk can also be a reasonable alternative to cow’s in delivering probiotics into the human digestive system. The first trial, via the University of Ontario Institute of Technology, shows that fermented soy and dairy are both capable of positively balancing immune activity in human intestinal cells. A separate Chinese study determined that bovine and soy milk “could serve as vehicles for delivery of probiotc L. casei Zhang“, a strain of bacteria that may help support cholesterol metabolism and proper immune function. (3,4)

But there’s yet another wrinkle or two to this story. Certain individuals, especially children, can be allergic or sensitive to both dairy and soy. Some research suggests that cultured or fermented versions of these food groups may be better tolerated by those with mild sensitivities. There are also anecdotal reports that suggest that grass-fed, organic, raw cow or goat’s milk is not as reactive as the homogenized and pasteurized dairy products typically sold in conventional markets. However, this is primarily the domain of personal accounts because, sadly, there has been little scientific study on this subject matter. (5,6,7,8,9)

In my opinion, there is a better alternative for those who can’t tolerate or otherwise wish to avoid dairy and soy milk. An Italian study from 2005 examined whether almond milk could be a nutritious and safe option for infants with “cow-milk allergy/intolerance”. 52 infants were given formulas with a base of either almond milk, soy milk or a “protein hydrolysate-based formula” (a predigested form of milk protein that is considered “hypo-allergenic”). There was no difference in growth among the infants receiving the 3 formulas. However 23% of the soy formula group and 15% of the protein hydrolysate infants developed signs of “secondary sensitization”. The babies receiving the almond milk formula were free of any allergic symptoms. (10)

Almond milk is widely available in health food stores and select supermarkets. It can also be ordered online. However, I would urge you to carefully inspect the nutritional labels before buying any of these products. The ingredient lists and sugar content can vary widely among different brands. It’s not uncommon for an unsweetened almond milk to be sugar-free while a sweetened variety may contain as much as 20 grams of sugar per serving. If you have the time or the inclination, I think the best and most economical way to get almond milk is to make it yourself. It’s very easy to do and this will allow you to use organic almonds (which contain fewer pesticides) and to include only what you choose to add. (11)

Start by soaking a serving of almonds overnight in purified water. Drain the nuts and place about 1 part of the raw, organic almonds and 4 parts of purified water into a blender. Blend until the consistency is milk-like and well incorporated. Then, strain the mixture using a cheese cloth or a fine mesh sieve to remove all of the particulate matter. That’s pretty much it! You can certainly add a dash of salt substitute (rich in potassium), stevia and/or vanilla extract if you’d like. If you want to make chocolate milk, simply add some pure, organic cocoa powder while blending. Since the homemade almond milk has no preservatives, you’ll want to refrigerate it and use it within 5 days or so. You may also need to stir it a bit prior to each use – after all, this isn’t homogenized like most conventional milk.

In our home, we rarely drink dairy or soy milk. I generally end up using organic coconut milk as a replacement for milk or cream. That works out well for me personally, but I can see where almond milk would be a more suitable alternative in many circumstances and I’m very much in favor of its use. I hope that some of you will try out my very basic almond milk recipe. These days, we’re all trying to saving a dollar or two wherever possible. Making food, instead instead of buying it ready made, is one of the best ways to save money and better control what does and doesn’t get into our bodies.