It’s too bad there aren’t lobbying groups that represent specific foods, practices and supplements. If there were, I could sit back in my office and take meetings all day long. An advocate for wild Alaskan salmon might drop by one afternoon and fill me in on the latest news about the healthiest ways to cook this prized fish. Or maybe a cheerleader for magnesium could make an appointment to reinforce the case for including plenty of this essential mineral in women’s diet in order to discourage cardiovascular disease. I’d even welcome a visit from a good, old fashioned dentist touting dental floss as a way of boosting brain performance in seniors. But alas, this type of lobbyist simply does not exist. That’s why I often travel around (offline and online) to track down such information. I am, in essence, an unpaid lobbyist for all of these causes. 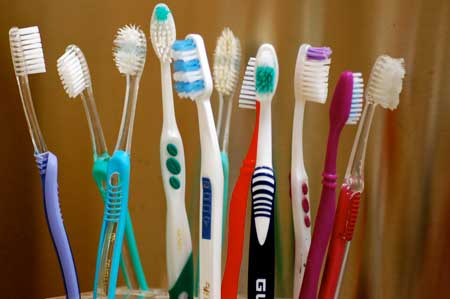 In December 2008, I wrote a column about how to select the safest possible fish options. New research presented at the American Heart Association’s Scientific Sessions offers some additional advice about how to prepare seafood in order to derive the greatest benefits. A 12 year analysis of over 185,000 men and women with ages ranging from 45-75 found that eating baked or boiled fish and avoiding dried, fried and salted fish is the optimal way to go in relation to heart health.

Overall, men eating the largest amounts of omega-3 fats demonstrated a 23% lower risk of heart disease. This group was classified as consuming an average of 3.3 grams of omega-3s daily. This same effect was not consistently shown in the female study volunteers. In fact, dried and salted fish intake was actually associated with a greater risk of cardiovascular disease in this segment of the population.

Another interesting finding of this observational study is that men and who included 1.1 grams of soy or teriyaki sauce also demonstrated a significant cardioprotective effect. Higher levels of soy did not afford the same or a greater degree of protection. The authors of the study postulate that the phytoestrogens in soy foods may be responsible for the benefits noted here. They also caution against using high-sodium soy products which may be detrimental to those with high blood pressure. (1)

I wrote a two-part column about magnesium in January 2009. A new study conducted at UCLA offers new evidence of a link between high levels of dietary magnesium and improved heart health in women. In order to evaluate this proposed connection, 3,713 postmenopausal women who were free of cancer, cardiovascular disease and diabetes had blood tests to determine endothelial function (indicating artery and circulatory health) and inflammatory markers. They also submitted food frequency questionnaires in order to quantify their typical, daily magnesium intake.

In conclusion, the researchers commented that “High magnesium intake is associated with lower concentrations of certain markers of systemic inflammation and endothelial dysfunction in postmenopausal women”. They went on to remark that these findings held true even when factoring in differences in body weight (BMI), ethnic background, physical activity and smoking. (2)

In October 2009, I wrote a blog that was entitled, “The Gingivitis Diet”. Gum disease is a health risk that extends well beyond the confines of the oral cavity. The latest evidence was presented by researchers at Columbia University Medical Center in New York, NY. A group of scientists from this institute of learning examined the connection between periodontal disease and cognitive decline in a cohort of 2,355 senior citizens. The participants were tested for the presence of “periodontal pathogens” and were also asked to take various tests which measured cognitive ability. The seniors with significant gum disease bacteria (P gingivalis IgG) were much more likely to demonstrate “difficulty with serial subtractions”, “impaired delayed recall” and poor “verbal memory”. Those with the highest levels of oral pathogens exhibited the greatest (negative) impact on measures of calculation, mental processing and recall. (3)

One the best parts about my job is that I’m afforded the opportunity to ferret out research just like this. But what really makes it worthwhile is that there are people out there like you who are willing to read what I have to share. My sincerest hope is that you’ll use this information personally and discuss it with your family and friends at the dinner table, at a neighborhood party or even around the water cooler at work. Sometimes hearing about health topics in a comfortable and friendly environment can be much more influential than learning about it in a doctor’s office or even on a web site such as this. So I want to put out a special request to all of you: if you know someone who you think may benefit from this site, please let them know about it. If not, please consider passing along some of what you learn here in a more informal way – as a brother or sister or a colleague or friend just offering some friendly advice to someone you care about. If you’d be willing to do that, then the work I’m doing here can greatly expand its reach.