Almost every piece of complicated machinery comes with an instruction manual. Without the proper directions it requires much more time and patience to figure out exactly how to use a new car, computer or TV. Using trial and error may be an appealing option to some, but can also lead to miscalculations which can damage new gadgets or, perhaps, even pose a safety risk. I don’t know about you, but I can’t find the the owner’s manual for my brain anywhere. I’m probably not the only one because scientists from around the world are constantly trying to give humans advice about how to optimize mental performance. 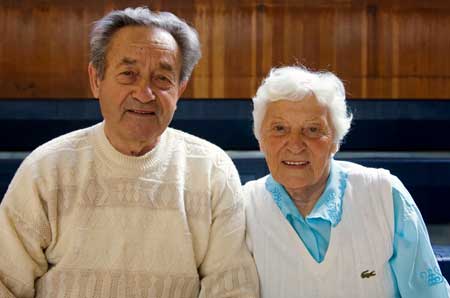 It’s very difficult to succeed in life if you can’t focus well and retain information adequately. There are certainly environmental and genetic components involved in these mental processes, but that doesn’t mean those with a tendency toward inattention and poor memory need to simply accept those traits. The latest evidence was recently presented by researchers at the University of Wisconsin-Madison. Here’s an overview of what the UW-Madison study entailed:

The authors of the study noted that the meditative practice significantly decreased the occurrence of distractions and helped the study volunteers to better identify the details of the auditory stimuli they were processing. One of the lead researchers, Dr. Richard Davidson, commented that “ongoing fluctuations in attention stability are thought to reflect competitive interactions between task-related and task-unrelated processes, such as mind-wandering. Our work holds that the capacity to stabilize attention is best regarded as a skill that can be trained.” (1)

It’s always reassuring when common sense is supported by controlled scientific evidence. It’s kind of like getting advice about money management from a wise uncle and then having it reaffirmed by a world-renowned economist. A new trial published in the October 2009 issue of the journal Memory and Cognition supports the notion that studying without distractions (music, phone calls, TV, etc.) can improve the way our brains process and retain information. These findings are based on two experiments that were recently conducted at Stanford University. The objective of the research was to assess the effects of “full” or “divided” attention in mental tasks involving both auditory and visual cues. The overall conclusions weren’t unexpected, but they did reveal some valuable clues as to the role that distraction can play in brain function. For instance, the researchers noted that “attention is not only necessary during memory encoding it is also important during memory retrieval to ensure future remembering”. In short, distractions negatively impact the immediate accuracy and formation of memories and the long-term retention of what is learned. (2)

The November 4th issue of the Journal of Neuroscience starts off in a rather alarming manner. German scientists report that suffering from chronic pain can lead to “damage or loss of brain gray matter”. Fortunately, the news that followed was significantly more optimistic.

The participants who had the surgical procedure were deemed free of pain 6 weeks post intervention. 4 months after that, imaging of their brains indicated that there was an increase of gray matter in the same regions that were previously affected by the chronic pain. The authors of the study concluded that “gray matter abnormalities found in chronic pain do not reflect brain damage but rather are a reversible consequence of chronic nociceptive transmission, which normalizes when the pain is adequately treated”. This is good news indeed and provides a strong incentive to find safe ways to manage long term or recurrent pain. (3)

In some instances, surgery may be a necessity. But I’m also encouraged by an ever strengthening connection between the power of love and the physical relief of pain. A group of psychologists from UCLA just announced the results of a very interesting trial. 25 university-aged women who were in happy, long term relationships took part in the study. They were asked to look a series of photographs: a) of their boyfriend; b) of a stranger; and c) of an object (a chair). Then the women were exposed to a “moderately painful heat stimuli to their forearms” on three separate occasions – each time looking at one of the three photos. During all three tests, the women were asked to rate their level of discomfort and physical pain. One of the studys’ co-authors, Dr. Naomi Eisenberger, commented that “When women were just looking at pictures of their partner, they actually reported less pain to the heat stimuli than when they were looking at pictures of an object or pictures of a stranger”.

The same scientists conducted an additional experiment in which the female participants were asked to either hold the hand of their boyfriend, a stranger or squeeze a ball while receiving the same type of painful heat. The results mirrored what was found in the first half of the study. Holding the hand of a loved one reduced the sensation of physical pain. These are potentially valuable tools that patients (and physicians) can request while undergoing uncomfortable or painful procedures. (4)

I want to briefly mention one other trial that I think can be applied successfully in daily life. A study involving 42 couples discovered that contentious arguments can raise the levels of inflammatory substances such as interleukin-6 and tumor necrosis factor alpha. Elevated levels of these “cytokines” have been linked to many serious conditions including arthritis, autoimmune diseases, diabetes, heart disease and even certain malignancies. But here’s the good news: when the test couples engaged in “cognitive discussion during their fights”, they showed evidence of lesser increases in inflammatory markers. The use of words such as “think”, “because”, “reason” and “why” were all indicative of this more productive form of communication. Dr. Jennifer Graham, a co-author of the study and an assistant professor of behavioral health at Penn State, remarked that these key words “suggest people are either making sense of the conflict or at least thinking about it in a deep way”. (5)

If today’s news items made up a chapter in my brain’s instruction manual, I would probably entitle it, “Full Attention and Attention to Detail”. I think the most encouraging aspect of this research is that it clearly demonstrates that the brain can adapt and is spectacularly pliable and resilient. What’s more, this mysterious organ can be trained in a similar manner to how a professional athlete prepares for competition. We can, in fact, overcome cognitive tendencies and improve the quality of our lives and relationships simply by focusing our attention on what really matters. But there’s a catch, these tips only work if they’re consciously and consistently applied.