One of the hardest “sells” in natural medicine is demonstrating that there can be substantive differences between products that seem similar. Many years ago a skeptical customer was discussing a supplement with an employee at a health food store. At that time, I was a consultant who assisted the owner of that establishment to choose which lines and products to stock. I overheard the conversation and decided to try to help out. The position of the customer was that all echinacea products should be comparably priced. His view was that they all came from the same plant, the same soil, the same planet and therefore should reflect that in their price point. My first approach was to provide details about the specific differences between the brands he was considering – variable concentrations of active ingredients, flower vs. root extracts, the scientific research conducted on certain products, etc. I was unable to sway him with that data. So I tried a different tactic. I asked, “Is it reasonable to pay the same amount for a brand new BMW as you would a used Honda Civic?” “Of course not”, he scoffed. I continued, “Why not? They’re both made with similar materials. They both have four tires and a steering wheel. You can use both cars to get to where you want to go.” 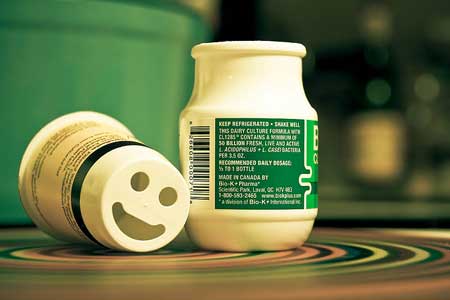 I brought up that experience because I think that many natural health consumers are frustrated with hyperbolic sales pitches. I’m convinced that the gentleman I just mentioned was probably the recipient of more than a few hard sells at other health food stores. I suspect this because I’ve personally had this happen to me on many occasions. A consequence of that type of sales approach is that, eventually, customers will justifiably feel cheated or taken. Perhaps the worst part is that those very same consumers will probably miss out on some really good products and simply opt for the cheapest ones because they just don’t want to get “ripped off” anymore.

Probiotics are a good example of supplements that need to be selected carefully. One strain of healthy bacteria may be suitable for constipation but completely useless for supporting a positive mental outlook. Some varieties work best when combined in foods such as kefir or yogurt and others require a special encapsulation process in order for the good microbes to survive the normal digestive process. The trick here is to verify that you’re taking an appropriate bacterial candidate for the health issue you wish to address.

Example #1 – Probiotics and Immunity in Children and Infants

A study just released in the journal Clinical Nutrition examined the role of a probiotic known as Lactobacillus GG (LGG) in the prevention of upper respiratory tract infections in young children. 281 boys and girls attending day care were administered one of two beverages over the course of 3 months. The treatment group received a fermented milk drink that was supplemented with LGG. The control group was given the same beverage sans the probiotic. The children in the LGG study group were 34% less likely to come down with upper respiratory tract infections. These same kids also demonstrated a 43% reduction in the risk of infections lasting more than 3 days. (1)

The June 2009 issue of the British Journal of Nutrition reports on two specific strains of healthy bacteria that also show promise, this time in infants. Lactobacillus rhamnosus GG and Bifidobacterium lactis Bb-12 or a placebo were added to the formula of infants. During the following year, the incidence of infections prior to 7 months of age and the number of “recurrent (three or more) infection during the first year of life were recorded as the main outcome measures of the study”.

The researchers concluded that “probiotics may offer a safe means of reducing the risk of early acute otis (ear infection), antibiotic use and the risk of recurrent respiratory infections during the first year of life”. However, they emphasize that “Further clinical trials are warranted”. Those parting words need to be taken seriously. One example of this can be found in a large Taiwanese study published in February 2009. Over 1,000 preschool aged children were divided into four groups and given various types of probiotics or a placebo. It was determined that one particular probiotic strain (L. casei rhamnosus) was helpful in controlling “bacterial, viral and respiratory infections”, while an unspecified “multi-species probiotic” was effective in reducing gastrointestinal diseases. This reinforces the notion that specific strains of healthy bacteria may benefit their hosts in a selective manner. (2,3)

Infants were also the focus of another recent probiotic study. However, in this case, the administration of the probiotics was bit more involved. Researchers from Seoul National University in Korea recruited 112 pregnant women with a “family history of allergic diseases”. The expectant mothers were asked to take either a probiotic supplement or a placebo beginning 4-8 weeks prior to their delivery date and continuing until 6 months post delivery. Three probiotic strains were included in this experiment: Bifidobacterium bifidum BGN4, B. lactis AD011, and Lactobacillus acidophilus AD031. The newborns were fed only breast milk for the first 3 months of life and then received a cow’s milk based formula for the next 3 months. The infants were medically monitored during their first year.

The mechanism by which healthy bacteria counter skin disorders isn’t entirely clear yet. A recent French study indicates that certain probiotics, such as L. casei (DN-114 001), appear to combat “allergic and inflammatory skin disorders” by beneficially modulating immune response – at least in a mouse model of skin inflammation. However scientists from New Zealand have determined that not all varieties of probiotics are capable of this same activity. Their research indicates that Lactobacillus rhamnosus HN001 can effectively reduce the likelihood of eczema (by almost 50%) in infants. But these same scientists also tested another strain (Bifidobacterium animalis HN019) and discovered that it didn’t produce any relevant decline in eczema incidence. (5,6)

One of the more novel applications for probiotics is in the arena of dental care. The very thought of using any bacteria to improve the condition of one’s mouth may seem counterintuitive at best and, frankly, downright odd. But if you think about it in terms of balance, it tends to make much more sense. There is a constant population flux between beneficial bacteria (probiotics) and pathogenic microbes in the body. Many factors, including poor hygiene, a sub-par diet or a weakened immune system can easily tip the scale in favor of the harmful bacteria. But eating and supplementing with probiotics and remedying the underlying issues that originally brought about the imbalance can help to improve many aspects of health.

A mouthwash containing a probiotic known as Bacillus subtilis was recently compared to a conventional mouthwash which contained a conventional/synthetic antiseptic (benzethonium chloride). The intent of the researchers was to test the relative efficacy of each mouth rinse on periodontitis symptoms. The participants using the probiotic mouthwash showed a greater reduction in pathogenic bacteria and also exhibited small improvements in “probing pocket depth and bleeding on probing”, indicators of improved gingival health. A different probiotic mouthwash (ProBiora3) that contains three strains of healthy bacteria was recently shown to substantially reduce the levels of harmful bacteria when administered twice-daily for 4 weeks. Periodontal pathogens not only declined in the participants’ saliva but also in the plaque underneath their gumline. (7,8)

The prior examples involved swishing the mouth with a probiotic mouthwash. Several other current studies suggest that consuming probiotics via food or supplementation may also improve oral health. The latest trial was conducted at the Department of Conservative Dentistry and Periodontology at the University of Leipzig, Germany. 50 students were split into 2 groups. One half received a probiotic beverage and the remainder was not supplemented at all. Over the course of 8 weeks, half the students drank the probiotic once a day. Dental examinations were provided prior to and post study. The researchers concluded that the “probiotic milk drink” reduced markers of gum inflammation. A Japanese study from June 2009 established that a probiotic strain known as Lactobacillus salivarius WB21 could successfully reduce the levels of 5 “periodontopathic bacteria” that are associated with poor gingival status. Finally, a 2006 trial from Sweden provides convincing evidence that Lactobacillus reuteri can reduce the incidence of gum bleeding in those with gingivitis after as little as 2 weeks of supplementation. The authors of that trial also noted a decrease in plaque build up in the L. reuteri group. (9,10,11)

The next time you go shopping for probiotics at your local health food store, talk to the resident expert. Inquire about which probiotic product they think is best suited for you. Ask for any relevant product literature. If there is none available, at least write down the name of the product itself. But don’t buy it. Instead, go home and do a little online research. See if there’s reasonable evidence to support the information you received at the health food store. In most instances, it’s unreasonable to expect to find dozens of studies which will back such claims. Most natural products simply aren’t financed in such a way that allows for voluminous scientific testing. However, there should be at least a hint of solid evidence. Perhaps you’ll find a few studies that can provide you with the necessary confidence you’re after. Maybe you’ll even come across an endorsement or two from reputable health authorities that back the use of the supplement in question. Collect all of the information you can and then decide what makes sense. If the advice you were given is sound, reward that store with your business. If, on the other hand, you find that you were likely the recipient of a holistic fairy tale, consider finding a new place to spend your hard earned money. But before you do that, let the store owner know why they’re losing your business.