You can’t always trust news headlines. I found two recent examples of this on a national cable network and a highly regarded medical site. On the cable news station, one headline touted a story about a woman who was supposedly arrested for “cutting in line” at a discount store. Now that’s an attention grabber! If there’s an actual law against line-cutting, then I was surrounded by hoards of criminals when I recently attended a U2 concert. The truth in this instance is that the person involved also engaged in other inappropriate activities which played a role in her arrest. The second item that caught my eye had to do with a supposed “artificial” sweetener that could lower blood pressure and cholesterol. Which one could it be? Nutrasweet? Splenda? SweetN’ Low? Imagine my surprise when I discovered that oligofructose (OFS) was classified as a synthetic sweetener! That’s news to me, because it is in fact derived from natural sources. 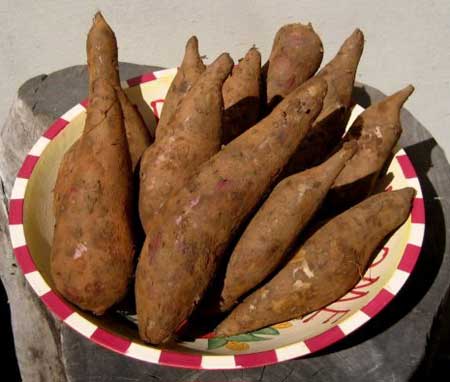 Since I already mentioned the headline about OFS and heart health, I want to delve briefly into the details of that research which was presented this past week at the American Heart Association Scientific Sessions in Orlando, Florida. The Chinese study in question involved 96 adults with “prehypertension”, defined as having a systolic blood pressure reading of 120-139 mmHg and a diastolic range of 80-89 mmHg. A placebo or a daily dose of 20 grams of OFS were provided to all of the participants in the trial over a 12 week period.

The researchers noted weight loss in both the (unspecified) placebo and OFC groups. While promising, these results are considered preliminary. Dr. Dan Qu, the lead researcher of the study, commented that “Further research is needed to see if taking the supplements for a period of time would decrease the risk of heart attacks and stroke”. (1)

There have been some other recent trials that support the role of prebiotic fiber, such as OFS, in promoting cardiovascular health. One food source of this special variety of carbohydrate is yacon root. Yacon is a tuber that looks much like a sweet potato and has a flavor that somewhat resembles watermelon. It’s widely grown and used in select countries in South America such as Peru. There is medical interest in these edible roots because they’re extremely rich sources of inulin and fructooligosaccharides (FOS). These indigestible carbohydrates provide a sweet taste and support the growth of beneficial bacteria in the colon without any significantly negative impact on blood sugar or insulin concentrations.

An April 2009 study presented in the journal Clinical Nutrition tested the effects of yacon syrup on insulin resistance and weight in a group of obese, pre-menopausal women. The Argentinian researchers provided varying dosages of yacon or a placebo to the women for 4 months. It was concluded that .14 grams of FOS per killogram/day resulted in a “significant decrease in body weight, waist circumference and body mass index”. They also noted a decline in “fasting serum insulin” and LDL cholesterol. No adverse blood sugar or gastrointestinal effects were detected. As a side benefit the participants experienced a greater level of hunger satisfaction and found improvements in constipation relief. (2)

Yacon’s ability to promote regular elimination is supported by a September 2008 study in the journal Digestion. In that research, 8 men and 8 women were asked to consume 20 grams of yacon syrup or a similar placebo for a 2 week period. This dosage of yacon provides approximately 6 grams of FOS. The researchers employed a two-week “washout” period between the study of the placebo and the yacon in order to accurately determine the differences between the two substances.

The Swiss authors of the study concluded that, “Due to the low caloric content of yacon, the root could be a useful treatment in constipated diabetic or obese patients”. This reminds me of a strongly held belief that I have: If something promotes good health in diabetes, it’s likely to be beneficial for almost anyone who wants to preserve or encourage wellness. (3)

In order to understand how and why yacon root works, we need only look at the chemical make up of this prized tuber. A 2008 examination from the indigenous home of yacon (Peru) determined that it’s prebiotic properties are probably the primary therapeutic aspect of this food/supplement. The Peruvian scientists note the ability of FOS to stimulate the growth of healthy microflora that promote proper digestion, immune function and nutrient absorption. This review is backed by previous experiments which have specifically determined that the prebiotic fiber in yacon do, in fact, positively regulate the population of various strains of healthy bacteria. In addition, a 2007 study published in the British Journal of Nutrition found that FOS-rich yacon flour can significantly improve the calcium/magnesium balance in test animals thereby improving bone mass via “bone mineral retention”. This bone building effect has previously been noted in trials conducted on other sources of prebiotics, such as chicory root and Jerusalem artichokes.(4,5,6)

Scientists have also uncovered a long list of potentially beneficial antioxidants contained in yacon roots. These phytochemicals, which include such revered antioxidants/phenolic compounds as chlorogenic and ferulic acid, may very well be part of the reason for the anti-diabetic and anti-obesity activity exhibited in the previously mentioned research. This may also partially explain the cardioprotective effect that touched off today’s column. In addition, it’s reassuring to know that this “supplement” has been used historically as a food without any real cause for safety concerns. A 2005 toxicity study in animals tends to affirm the relatively non-toxic reputation for this FOS source. The only significant “side-effect” uncovered in that experiment was a decline in post meal lipid levels – which is generally considered highly desirable. (7,8,9)

I don’t use a whole lot of sweeteners in my daily routine. I’ve personally found that reducing my dependence on any kind of sweetener has lead to an overall blunting of my “sweet tooth”. I simply don’t crave sweets much anymore. I still enjoy an occasion dessert but I almost exclusively sweeten my treats with a combination of stevia and FOS or inulin. Many natural, non-caloric sweeteners include this winning combination. The next time you visit your local health food store, consider checking out the sweetener section. Try experimenting with stevia and FOS/inulin or perhaps even a touch of yacon root instead of an artificial sweetener or sugar. Many people, my self included, find that through some trial-and-error, a superior sweetener that is easier on your internal organs and your weight scale can be found.