An area in my life that I’m trying to improve on is how I work. There’s an old adage that advises people to “work smarter” instead of working harder. This same piece of advice applies to other sectors of life, including diet. I often find myself speaking to colleagues, family, friends and even strangers about nutrition. If I overhear someone talking about a particular problem, I try to drop a small hint or tip about something natural they can do about it. Most of the time, my input is well received. But it’s also true that some people accept the information with some degree of trepidation. They frequently believe that any meaningful change in diet or lifestyle is bound to be complicated and/or painful. This is simply not the case. What’s more, it is this very prejudice that encourages so many to remain in a self-destructive cycle instead of attempting some basic steps that could possibly revolutionize their health and life. 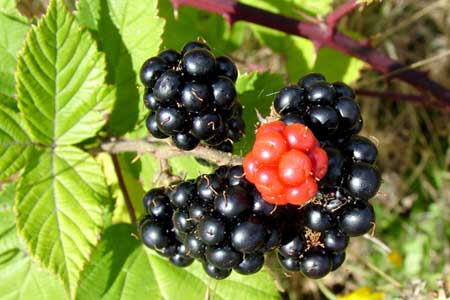 A study appearing in the December 2009 edition of the Journal of Alzheimer’s Disease proposes a very hopeful message: eating a diet rich in antioxidants and healthy fats may encourage the growth of stem cells in the brain. This is quite a development because in the past researchers believed that brain cells (neurons) declined with age and could not regenerate. However, the latest scientific evidence suggests that two regions of the brain (the olfactory bulb and the hippocampus) may in fact be capable of neuron renewal. It’s also interesting to note that these two particular centers are key spots that are affected by Alzheimer’s disease.

In this current investigation, a diet supplemented with cocoa, dried fruit, fiber rich flour, nuts and vegetable oils was given to one group of test mice over the course of 40 days – which is the equivalent of about 5 human years. These added ingredients are rich sources of antioxidants (polyphenols) and polyunsaturated fats. A secondary group of mice received the same core diet without the previously mentioned food supplement.

Together, these findings suggest that this “diet could have a significant effect combating the cognitive function decline during both aging and neurodegenerative diseases such as Alzheimer’s disease”. (1)

It’s true that man is not a mouse. But recent human studies appear to substantiate this first experiment. The most recent example can be found in the November issue of the American Journal of Geriatric Psychiatry. The research is based on a study of over 3,700 Swedish twins. The diets of each sibling was compared over a 30 year period. After which, tests were conducted that evaluated cognitive performance and sought out signs of clinical dementia. The scientists conducting this observational trial determined that the siblings who consumed the largest amounts of fruits and vegetables exhibited a “decreased risk of dementia and Alzheimer’s disease (AD)”. This effect was particularly pronounced in women and those with angina pectoris, a painful circulatory condition that is mostly found in those with cardiovascular disease. (2)

Another newly released study confirms the connection between higher dietary antioxidants and a reduced risk of age related memory loss and cardiovascular disease. In this investigation, 193 healthy volunteers of varying ages (45-102 years old) were asked to fill out food frequency questionnaires and to take tests to determine their mental performance. In addition, blood analysis was conducted to determine the levels of antioxidants in their systems.

Other factors such as age, body weight, cholesterol levels, education and gender did not appear to impact the trends found here. The authors of the trial concluded that “Modification of nutritional habits aimed at increasing intake of fruits and vegetables should be encouraged to lower prevalence of cognitive impairment later in life”. (3) 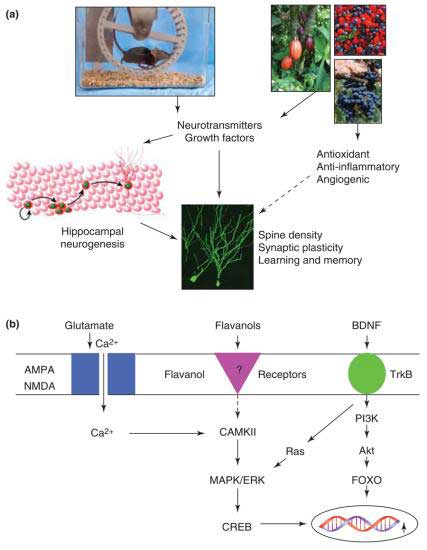 Diet-based antioxidants are slowly making their way into the mainstream of medicine. A recent review from the University of Reading, UK remarked that such phytochemicals (plant chemicals) “are able to induce improvements in memory acquisition, consolidation, storage and retrieval”. Several trials from 2009 alone point to the value of specific antioxidants, such as quercetin from Ginkgo Biloba and polyphenols from green tea, in promoting the growth of new brain cells, combating brain damage and improving cognitive and psychological functioning. (4,5)

Before we all rush out in search of the latest and greatest supplement to build a better brain, let’s first consider that even the leading researchers in this field aren’t quite sure which antioxidants work best. Even the most powerful phytochemicals aren’t very useful in improving memory if they can’t cross something called the “blood-brain barrier”. At this very moment, scientists around the world are desperately trying to find ways of improving the delivery of antioxidants to the intended brain centers. In essence, they’re attempting to enhance the bioavailability of polyphenols so that they better affect the body and mind. (6,7)

The question that sticks in my head is whether we need to wait until a breakthrough drug or supplement finally emerges in order to benefit from all of this research. I really feel that there’s no logical debate here. We have clear evidence that eating the right foods can improve the function and structure of the brain. There are even experiments on specific whole foods, such as blackberries and blueberries, that suggest that no additional help is needed in order to derive the desired brain modifying effects. It’s true that modern science may one day improve upon nature. But for the time being, there are plenty of things we already know that are likely to support and rejuvenate brains of all ages, shapes and sizes. But that information is much like the brain – we must use it or lose it. (8,9,10)