I hear a lot of advice about diet and exercise in my daily life. Many of the statements made by so-called experts and laypeople alike are quite definitive in nature. “Eating fatty foods and sugar will make you fat.” “The key to staying slim is moderation.” “It doesn’t matter what you eat, just eat sensibly.” “You need to exercise if you really want to lose weight. Diet alone won’t cut it.” But nutrition, much like life, is shaded with many gray areas. There are fine distinctions that apply to almost every diet “rule”. One aspect of weight loss which received a lot of attention this year has to do with the role that exercise plays in weight management. 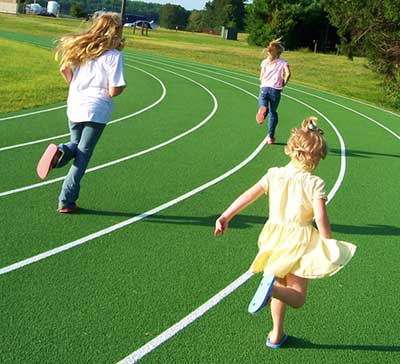 A recent study involving 4,456 female adolescents supports an emerging point of view in the field of obesity treatment: exercise tends to be more effective in preventing weight gain rather than promoting weight loss. This comes on the heals of a wildly popular Time Magazine article from August 2009 entitled, “Why Exercise Won’t Make You Thin”. My goal today will be to add some additional science to this current debate. (1,2)

One interesting experiment that I found focuses on the timing of exercise. A group of scientists from the University of Michigan, Ann Arbor determined that walking on a treadmill 1 hour prior to a meal was significantly more effective at lowering blood sugar levels than exercising 1 hour post meal. Pre-meal exercise lead to a 20% reduction in blood glucose levels over a 16 hour period. They also noted a 49% increase in the “insulin-glucagon ratio during meals”. These changes are likely a consequence of “reduced carbohydrate availability during exercise”. Post-meal exercise did not result in any meaningful changes in blood sugar concentrations. Optimal/stable blood sugar assists the body in maintaining a healthy appetite and weight. (3)

The relationship between exercise and meal-mediated blood sugar changes may be different for those with diabetes and metabolic syndrome. A study conducted on 12 type 2 diabetics recently found that 20 minutes of walking after meals was more effective at lowering blood sugar than pre-meal walks or no walking at all. (4)

One of the biggest controversies in the exercise-weight debate revolves around the issue of physical activity and appetite regulation. The $64,000,000,000 question is whether exercise increases appetite. Several new experiments may hold the key to clarifying this issue: 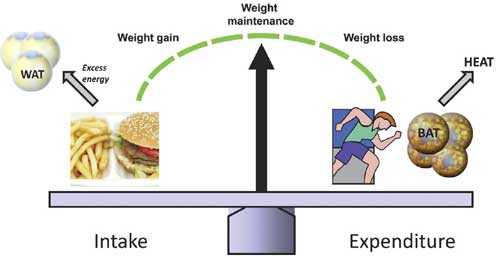 Weather conditions can also effect how physical activity impacts the hunger response in the body and brain. A 2009 Australian trial explains that exercising in a warmer environment (36 degrees C) is associated with lower energy intake (fewer calories) as compared to physical activity conducted in “neutral environmental temperature” (25 degrees C). Working out in even colder conditions has previously been connected to increased appetite and higher energy consumption. This effect is significant enough for some researchers to suggest that environmental/weather conditions should be factors in formulating exercise-based weight loss programs. But we must also consider that energy expenditure (calories burned) also tends to be greater in a cold environment. (8,9,10)

In addition to any effect that exercise may or may not have on hunger and weight, it’s important to remember that physical activity positively impacts post-meal health in other ways. Most studies indicate that exercising around meals can lower potentially harmful lipids (triglycerides) and inflammation (IL-6 and C-reactive protein) while increasing healthy (“HDL”) cholesterol concentrations. In fact, as little as 30 minutes of “brisk walking” per day (at any time of the day) may be enough to offset some of the damage caused by a less than perfect diet. All of these findings argue in favor of pre or post meal exercise, especially if you’re overweight or otherwise at risk for blood sugar disorders and cardiovascular disease. (11,12,13,14)

I want to end today’s column with a bit of good old fashioned common sense. Let’s take the worst case scenario, such as that presented in the Time Magazine article. You exercise on a regular basis but find that you don’t lose weight because said exercise increases your appetite. I have a remedy for this but it’s a tough pill to swallow: 1) Stop using food as a reward for exercise. Just because you go walking, doesn’t mean that you should allow yourself extra calories on that day. 2) Realize that exercise *may* stimulate your appetite. If that’s the case, try some of the strategies I’ve outlined here today. If that still doesn’t work, simply be aware of your heightened hunger and choose your foods extra carefully, i.e. avoid high calorie, unhealthy treats and stick with nourishing whole foods. 3) Make sure that you stay active on the days that you exercise. Don’t use exercise as an excuse to be less active than on other days. The key is to add movement (exercise) to your normal routine in order to burn more calories. Exercise can, indeed, help to manage weight provided that you don’t sabotage your efforts by eating more or becoming less active on the days you go for a walk, play a few rounds of golf or spend time at the gym.


16 Comments & Updates to “Exercise and Weight”