It’s difficult to conceive of any circumstance in which you’d purposefully eat the bark of a tree. Fruit from a tree, sure. Seeds? Possibly. Leaves? That might be pushing things a bit, but still plausible. But tree bark?! Technically, you can eat some varieties of tree bark in a survival situation. But I think most people would need to be in pretty dire straits to resort to that last ditch option. Fortunately for us all, a select group of scientists have been studying the health benefits of a specific tree bark in an attempt to derive a natural medicine from it. I’m pleased to report that their promising research now allows mankind to benefit from the goodness of tree bark by swallowing a pill rather than chewing on “tree skin”. 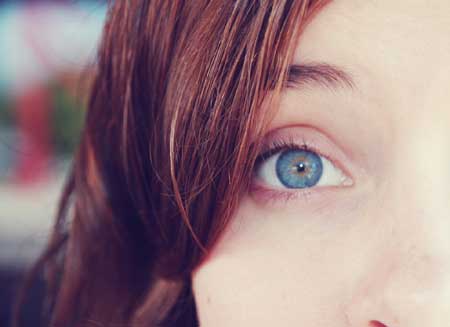 Pycnogenol is the trade name for an extract derived from the French maritime pine tree (Pinus maritima), which grows primarily in the coastal regions of southwest France. It’s prized due to its unique composition of antioxidant phytochemicals known as proanthocyanins. What sets this particular supplement apart from many others is that it has been the subject of 200 scientific studies over the past 40 years. The main reason why many alternative remedies are not taken seriously or considered illegitimate by conventional medical authorities is because of the lack of scientific evidence. However, there is a downside to the volume of research that’s been conducted on pine bark extract – the cost of financing so many experiments is passed along to the consumers who buy it. That’s the bottom line. If we want clinically tested products, we have to be willing to pay more for them.

A very common side effect of diabetes is known as diabetic retinopathy (DR). It’s estimated to affect almost half of the Americans diagnosed with diabetes. DR is the result of damage to blood vessels and capillaries in the eyes that is caused by excess sugar in the blood stream. Once the vessels are injured, their walls leak blood and protein (exudate) which ultimately prevents adequate blood flow to the eyes. The good news is that a recent study published in the Journal of Ocular Pharmacology and Therapeutics suggests that Pycnogenol may discourage the harm caused by diabetic retinopathy.

A group of Italian researchers enrolled 46 diabetic patients in a 3 month study to evaluate the potential protective effect of Pycnogenol on the progression of DR. 24 of the participants were given 150 mg of the pine bark extract once-daily, while the remainder (22 volunteers) received a similar looking placebo. All of the subjects in the study had been diagnosed with diabetes for a minimum of 4 years and had blood sugar levels under control via diet and/or medication. They also had one other characteristic in common: they were all in the early stages of diabetic retinopathy. The beginnings of this condition involve retinal swelling caused by the previously mentioned fluid leakage.

As a whole, the authors concluded that “Pyconogenol taken at this early stage of retinopathy may enhance retinal blood circulation accompanied by regression of edema, which favorably improves vision in patients”. A German review from all the way back in 2001 corroborates these current findings. That summary cites studies from as far back as the 1960’s which support Pycnogenol’s ability to “increase capillary resistance” and reduce the “progression of retinopathy” which “partly recovers visual acuity”. The summary mentions 5 studies which involved a total of 1,289 patients. Unfortunately, the older research isn’t widely accessible today so this current trial is of particular value. (1,2)

I’ve identified several mechanisms by which Pycnogenol likely supports both diabetic and ocular health. Here’s a brief summary of my findings: 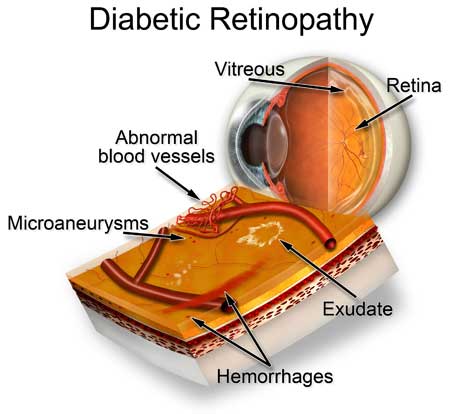 Many of you probably know that I have a profound interest in the health effects of a low carbohydrate diet. This is the type of menu plan which recently allowed me to healthfully lose 85 lbs. At the moment my fasting blood sugar levels are excellent, ranging from 80 to 90 mg/dl. A Kenyan study published in 2006 in the Journal of Ocular Pharmacology and Therapeutics explored the possibility of combining a low carbohydrate diet along with Pycnogenol in an animal model of diabetes. The low carbohydrate was found to reduce “organ damage” and eliminate cataract formation in the diabetic rats – as compared to those receiving a “regular diet”. When the scientists added Pycnogenol to the mix, an increase in antioxidants were found in the retinas of the laboratory animals. These combined results lead the researchers to conclude that “a low carbohydrate diet plus Pinus maritima (Pycnogenol) may be an effective antioxidant and antihyperglycemic therapy, reducing the risk of diabetic retinopathy and cataract formation”. (23)

As I’ve mentioned before, the highest compliment I can pay a supplement is to ask my wife or family to take it. Pycnogenol is one of a small group of antioxidants that I feel is worthy of that honor. It’s true that it’s quite expensive, but it’s a heck of a lot cheaper than not staying well. Don’t get me wrong, I value a good bargain. That’s why I keep an eye out for less expensive alternatives that are equally effective or even superior to what I currently recommend. It’s possible that in the future, another bark will come along that costs less and accomplishes more. In fact, a newly released study suggests that a different variety of pine (Pinus brutia) may actually be a more potent antioxidant and anti-inflammatory agent (in an animal model) than Pycnogenol. This may be due to a higher concentration of two key phytochemicals referred to as catechins and taxifolin contained in this “new” pine extract. Only time will tell if Pinus brutia will one day become the new Pycnogenol. Until then, we’ll stick with the original pine bark extract and hope to find the same benefits that countless scientists and studies have already documented. (24,25)