Kids often times wonder why things are the way they are. Parents know this phenomenon all too well. Rarely does a word strike as much dread in a father and mother’s heart as the word “why”. The answer to such a question usually isn’t that complicated. But rather it’s the understanding that any answer given will often prompt the follow up question – “But, why?”. I think I may be able to help out with this. The next time you instruct your daughter or son to eat their broccoli, Brussels sprouts or cauliflower and they ask you why, you can simply tell them that: “Cruciferous vegetables contain glucosinolates that assist the body in detoxifying xenochemicals and discouraging aberrant cellular and hormonal processes that can ultimately result in malignancies”. Works every time! 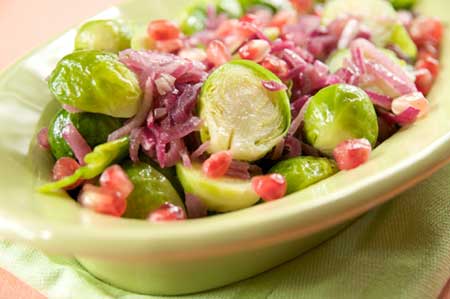 In March 2007 a paper was presented by the Linus Pauling Institute at Oregon State University. The topic was the role that cruciferous vegetables play in reducing “human cancer risk”. The OSU researchers focused on two specific components found in cruciferous vegetables known as indole-3-carbinol (I3C) and DIM (diindolylmethane), and their proposed effect on cervical dysplasia (CD). CD is a growth of abnormal, precancerous cells in the cervical region (between the vagina and uterus). This condition is frequently caused by exposure to the human papilloma virus (HPV). Without proper treatment, it is estimated that between 30 – 50% of CD cases will result in an invasive and sometimes deadly form of cervical cancer. This concern has lead to the widespread promotion of a controversial vaccine (Gardasil) which is intended to reduce this risk. (1,2)

Women who are diagnosed with cervical dysplasia are categorized in three different stages. CIN refers to “cervical intraepithelial neoplasia”.

A recent study published in the journal of Gynecologic Oncology suggests that DIM may one day offer a viable adjunct to more invasive treatments for all stages of CD. 64 women with “biopsy-proven” CINs (stage 2 and 3) were divided into two groups. 45 of them were given a DIM supplement at a dosage of 2 mg/kg daily for 12 weeks. The remaining 19 women took a similar looking placebo. Post-study analysis was conducted every 3-4 months for the following year. Tests included biopsies, colposcopies, HPV testing, Pap smears and physical exams. (3)

This current trial is supported by another recent experiment conducted in a mouse model. That research concluded that “DIM delays or inhibits the progression from cervical dysplasia to cervical cancer”. The scientists from Hackensack University Medical Center noted that part of the benefit of DIM involves a beneficial alteration of estrogen metabolism and an enhancement of immune response. A previous trial involving women with a history of breast cancer substantiates a healthful shift in the processing of estrogen as well. (4,5)

I3C Converts Into DIM in the Body to Combat Cervical Cancer

Whenever a substance is extracted from a natural food it doesn’t necessary function in the same way as the entire food itself. Vegetable extracts, such as DIM, are often highly concentrated and purified prior to initiating any type of animal or human trials because: a) scientists hope to magnify the beneficial effects of the whole food and; b) they want to create a “medicine” or supplement that can be easily reproduced and measured for scientific study. For instance, 500 mg of broccoli will contain varying amounts of natural minerals, phytochemicals and vitamins. But 500 mg of DIM will provide a consistent amount of the “active” ingredient. In short, purified extracts allow for the more precise study of a substance.

The safety of cruciferous vegetables is very well established. Most doctors and nutritionists are more than happy to encourage patients to eat more bok choy, collard greens or kale. But DIM, just like most supplements, is viewed more as an experimental medicine than a food. Therefore, testing has been conducted to determine whether “medicinal” dosages of DIM are indeed safe. Thus far, studies in both animals and humans indicate that DIM is relatively non-toxic. An experiment from October 2008 determined that dosages of up to 200 mg of DIM (per serving) were well tolerated. Higher, individual dosages of 300 mg did however invoke “mild nausea and headache” and one incident of vomiting. That said, no significant toxicity has been reported in any of the animal or human trials that I’ve reviewed. (6,7,8)

The most current studies involving DIM in the management of cervical dysplasia and breast cancer utilized a specific DIM supplement known as BioResponse DIM. This product combines DIM with soy phosholipids (components of lecithin) and Vitamin E. This combination appears to enhance the absorption and activity of unbound DIM. At present, this is the best researched product of its kind. For this reason it is currently featured in products manufactured and distributed by numerous supplement companies.

If you’re concerned about your risk for a variety of malignancies, including cervical cancer, you may want to discuss this natural option with your health care providers. I’ll likely cover DIM in future columns as well. At the moment there are several studies underway that are examining its applicability in both breast and prostate cancer. The results of those trials will likely provide a great of additional information. In the meantime, this may be a good reminder to eat more cruciferous vegetables without having to ask “why”.