A few years ago I gave my wife a rather unconventional gift for the holidays. It was a book of “vouchers for lovers”. In it, there were coupons that could be redeemed whenever she chose. Some of the options included requests for “alone time”, “a big kiss”, “breakfast in bed”, “a candlelight dinner”, “a foot massage” and “a weekend getaway”. I don’t know who originally conceived of this idea, but I thought it was very clever. It seemed like an excellent way for couples to give a lot without necessarily having to spend a lot. 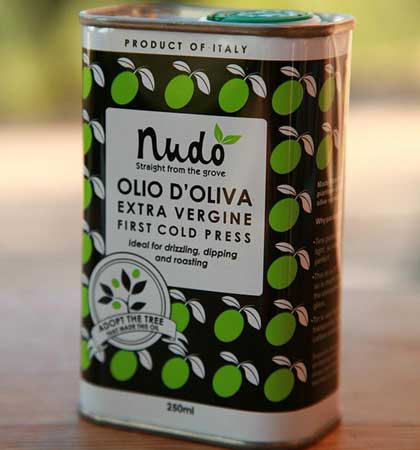 Lately I’ve been compiling ideas for healthy gifts and stockings stuffers for family and friends. All of these recommendations have two things in common: they have the real potential to improve lives and they’re all relatively affordable.

The idea of giving a high quality olive oil was inspired by a group of Spanish scientists. They recently conducted a study on 17 type 2 diabetics and 23 “healthy elderly” volunteers. Over the course of 4 weeks, all of the participants ate a diet that was supplemented with virgin olive oil. Blood pressure and a variety of blood tests relating to cardiovascular health were taken prior to and after the trial. All of the participants demonstrated a drop in blood pressure. However, the diabetic volunteers also exhibited a reduction in oxidized LDL (“bad”) cholesterol. It’s well established that diabetics tend to produce more harmful, oxidative stress than healthy individuals. Extra virgin olive is a rich source of antioxidants and may, therefore, counter some of the negative consequences that are often associated with diabetes. (1,2,3)

We give the gift of organic red wine on a regular basis. Whenever we’re invited to a friend’s home for a celebration or a dinner party, we come bearing a bottle of Cabernet Sauvignon, Pinot Noir or Syrah. Thus far, it’s always been well accepted and enjoyed by all. If you need a reason to share some vino rosso with your loved ones, consider this: As little as 8 ounces of red wine (for 15 days) is capable of: a) raising HDL (“good”) cholesterol and lowering blood pressure in healthy men and women and; b) improving circulation and heart muscle function in those with high cholesterol and hypertension. Current evidence suggests that red wine offers distinct benefits for those that are hoping to prevent cardiovascular disease and in individuals who are at a higher risk for it. We generally buy biodynamic and organic wines from either Benziger or Frey Vineyards. Not only do they create products with a great respect for the land, but “cleaner” wines such as these may be better tolerated by individuals who are sensitive to sulfites and other undesirable elements typically found in conventional wines. (4,5,6,7)

This final gift idea is a little “out there”. I honestly don’t know how many of you would consider giving it, but I hope you’ll at least give it some thought. A recent trial in the journal Pediatrics highlights an unacceptably high percentage of “suboptimal” Vitamin D in children between the ages of 1-11. The lack of Vitamin D was similar among boys and girls, but was most prevalent among black and Hispanic children. Another newly published study examined the opposite end of the life continuum. Researchers from Johns Hopkins University report that seniors living in nursing homes frequently suffer from a Vitamin D deficiency. This appears to put them at significantly higher risk for “all cause mortality” and heart related mortality. This is particularly tragic because Vitamin D is widely available, inexpensive and safe. There’s absolutely no reason why anyone should be deprived of it. This is why I’m suggesting a Vitamin D test kit for any young child or senior that you care about. The Vitamin D Council offers an affordable home testing kit and guidance about how to adjust Vitamin D status in order to support wellness for those of all ages. (8,9,10)

A Vitamin D test kit is a lot like the vegetables that you put on your son or daughter’s dinner plate. Your kids won’t necessarily thank you for it, but it’s good for them. At the very least, deep down, they’ll (hopefully) know you’re giving them the veggies because you want them to grow up healthy and strong. A beautiful bottle of olive oil and red wine probably strike a better balance. They fall under the category that I refer to as “camoflauged health”. On a cellular and physiological level they’ll be improving health, but this will likely be lost on most of the people receiving the gift. That is, unless you make it a point to explain why you decided to give that particular present in the first place. If you choose to do that, then perhaps your real gift will have a much longer lasting health benefit indeed.