When I was growing up I imagined that the absolute greatest job in the world was to be a film critic. What could possibly be better than making a living watching movies and then telling people all about them? But, as time went on, my perspective changed somewhat. I think it’s partially because my desire to create surpassed any interest I had in critiquing the work of others. When I started writing films myself, I began to understand how very difficult it is to write a good, let alone great screenplay. What’s more, it dawned on me that the writing process is but one small piece in a much larger production. I think this is why I’ve ultimately phased out movie review columns on this site. My original intent was to recommend obscure but noteworthy films that I hoped would entertain and inspire. But writing (and reading) exclusively positive reviews tends to be rather boring and, frankly, my initial reservations about motion picture critiquing began to haunt me once again. 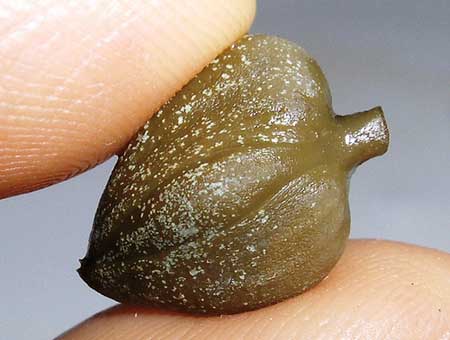 Reviewing books about natural health and nutritional products is however something I plan to do more often. I think there’s a genuine need for honest reviews of products that are promoted as therapeutic. It’s simply not possible for the Food and Drug Administration or any governmental agency to evaluate such goods and practices to the extent that is needed. Naturally, I have no delusion about making much of a dent in this department either. But I will attempt to do my small part.

Several months ago I was contacted by a representative of a company called ReserveAge Organics. He offered to send me a complementary bottle of one of their products in exchange for a review. I agreed, but only with the understanding that my commentary would be completely uninfluenced by this “gift”. All of my past product reviews were on merchandise that I purchased myself. However, I don’t really have the budget to test all of the products that I’d like to. So, this proposal seemed like a reasonable compromise. I feel that my hard earned reputation and the good that could come from such a review makes it worth doing. I sincerely hope you’ll agree.

An Overview of ReserveAge Ultimate Antioxidant

This supplement is a blend of plant-based antioxidants consisting of: 300 mg of organic grape extracts and wild Japanese Knotwood (sources of “full spectrum polyphenols”, proanthocyanidins, resveratrol, etc.), 150 mg of pomegranate extract, 100 mg of cocoa extract, 100 mg of green tea extract and 100 mg of quercetin. The quantities listed are for the recommended dosage of 1 capsule a day. The manufacturer’s suggested retail price is $39.99 or $.67 per day.

Key Characteristics of the Product

I was somewhat familiar with the ReserveAge line prior to reviewing this product. One of the things that initially attracted my attention is their use of organic grapes and grape vines. According to their site, some of their resveratrol is obtained from family-owned, organic vineyards in the south of France. In my opinion, this is an unusual and welcome detail. I was also impressed that they package their capsules in glass bottles. Having worked in the natural health industry, I’m keenly aware that glass bottles can help preserve the integrity of supplements. However, glass also adds substantially to the cost of manufacturing and shipping. This is essentially a trade-off for consumers. You may get a better product, but you’ll certainly have to pay for it.

How “I” Used the Ultimate Antioxidant

There are several products in the ReserveAge Organics line of supplements. I decided on the Ultimate Antioxidant primarily because I respected the composition of the formula. But I also had an ulterior motive for choosing it: I thought it might be a good supplement for my wife to try. I’m always looking for ways to improve her supplement regimen. My hope was that this new product might add a certain something extra or special to the mix.

A Breakdown of the Ultimate Antioxidant

In preparation for this product review I pulled together some of the most recent findings about the various components that make up this antioxidant blend. In my opinion, the most impressive aspect of this combination of ingredients is the sheer diversity of benefits that they’re capable of providing.

It’s worth noting that some research indicates that combining antioxidants can yield a synergistic effect, wherein the sum is more potent than its parts. But to the best of my knowledge, I’m not aware of any clinical testing that’s been conducted on this particular product. Therefore, I can’t assume that a positive interaction between all these healthful ingredients will automatically occur. (16,17,18)

The Proposed Anti-Aging Mechanisms of Caloric Restriction and Resveratrol

I have to admit that I have a problem with how this product line is marketed. It’s actually a broader criticism that applies to many manufacturers and distributors of resveratrol-based supplements. You’ve no doubt already made the connection between the name of this product line (ReserveAge Organics) and the suggestion that it will have an effect on aging or longevity. I think this may be implying too much. The use of the word “Organics” in the name of the company isn’t quite accurate either, namely because many of the ingredients in their products aren’t organic.

Resveratrol is often times referred to as the “red wine molecule”. Some researchers believe it’s partially responsible for the health benefits found in the Mediterranean region and in France (“The French Paradox”). Much of the excitement about this phytochemical has been generated by a substantial amount of legitimate, scientific research. Many of the experiments thus far have, in fact, found positive outcomes in animals, humans and insects. By that, I mean that resveratrol has been shown to improve a variety of health conditions including arthritis, cancer, cardiovascular disease, diabetes and, even, obesity. It’s also true that the majority of these health concerns are associated with advancing age. But this doesn’t necessarily mean that resveratrol will make you younger or increase your life span. This is a rather significant distinction. (19)

My understanding of the current state of research on resveratrol is as follows: There is some preliminary evidence showing that resveratrol can activate a so-called “longevity gene” (SirT1). Some of the ramifications of this are pictured above. It’s factual to say that resveratrol affects certain animals in similar ways as caloric restriction, which is the closest thing to an “anti-aging” therapy known to science. But when you look at the “nitty gritty” of the science it basically reveals that resveratrol has yet to provide a life extending effect in animal models, much less in humans. This promise may one day become a reality. There’s certainly a great deal of interest and money being spent in the pharmaceutical sector to achieve that end. But that day is not yet here. (20,21,22,23,24)

My general impression of the Ultimate Antioxidant is fairly positive. I wouldn’t hesitate to recommend it to someone who’s looking for a broad spectrum antioxidant. However, I don’t personally use it because I get all of the same ingredients in my diet and in other supplements I already take. More to the point, I haven’t reordered this product for my wife. It’s virtually impossible to know if the Ultimate Antioxidant was actually improving Mrs. Healthy Fellow’s overall wellness. Generally, preventive health supplements such as this don’t yield easily discernible results. I really wasn’t disappointed with the product, it’s just that I’m constantly tinkering with both of our nutritional programs and, at this time, it just doesn’t fit well into the current supplement line up. But oddly enough, I’ve recently added a different product by ReserveAge into my wife’s daily pill container, their Collagen Booster. We’re paying for it on our own and hoping that it will help relieve a few aches and pains that are an inevitable part of life. We’ll see what happens with that.