Each day we are challenged to live up to our highest potential. These tests can be as basic as the thoughts upon which we choose to focus or as profound as life and death decisions such as whether or not to quit smoking. One of the issues that I’ve tried to work on over the years is to refrain from comparing myself to others. I’d like to say that I came to this realization after years of careful contemplation and devout study of the most sacred spiritual texts. But, in reality, I attribute this shift of thinking to a rerun of an old television sitcom. Many years ago, I fell asleep watching TV. I awoke at about 3:00 or 4:00 in the morning and I recall seeing a few moments from an episode of M*A*S*H. The scene involved an older, wiser character (Colonel Potter, played by Harry Morgan) giving some sage advice to a younger, wilder surgeon under his command (“Hawkeye” Pierce, played by Alan Alda): “The only person you need to compare yourself to is who you have been. And the only person you need be better than is who you are now”. To this day, I don’t know whether I actually heard that wisdom or conjured it up in the fog of my sleepy head. 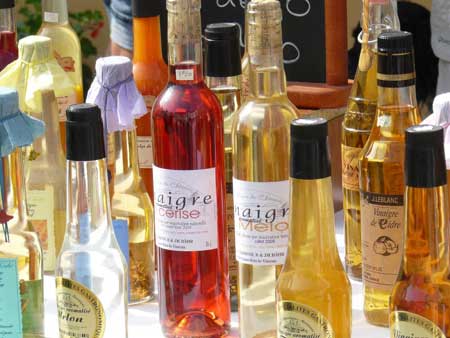 A NY Times column from November 24th put this philosophy to the test. It seems that thousands upon thousands of people read and sometimes cited a short piece written by Anahad O’Connor entitled “The Claim: Vinegar Can Help Lower Blood Sugar Levels”. I read it myself and thought it was fairly balanced and well written. But I also had the feeling that there was more to the story that needed to be told. That’s the diplomatic way of saying: “I could do better than that!”. But alas, I don’t want to fall back into my old pattern of comparing myself to others. Therefore, I proclaim that today’s article is not an effort to “one up” the NY Times, but rather add to their preliminary coverage of the topic! (1)

I want to first establish why it’s important to maintain stable blood sugar levels. This is not just an issue for people who have or are at risk for diabetes. Having blood sugar levels that are either too high or too low can dramatically impact your mental and physical health. Hyperglycemia or high blood sugar can result in blurred vision, fatigue, headaches, increased thirst and poor cognitive function. People with hypoglycemia (low blood sugar) often suffer from anxiety, confusion, dizziness, inappropriate sweating and weakness. Eating a diet rich in high glycemic carbohydrates and living a sedentary lifestyle are two of the chief causes for inappropriate blood sugar levels surrounding meals. (2,3)

The vast majority of the population could improve their health by simply lowering post meal blood glucose levels. The consumption of vinegar appears to be one way to accomplish this. However the picture that is forming in the scientific literature is not quite so “cut and dry”.

The Early Days of Vinegar Research

There were three pioneering studies that helped to get the vinegar/blood sugar ball rolling. A 1995 study from the University of Milan, Italy was the first published account I found of dietary vinegar lowering blood sugar. The addition of vinegar to a meal containing a salad resulted in a 31% depression in glucose response in a group of 5 healthy participants. In 1998, Swedish researchers demonstrated similar effects in 10 healthy men and women. This time, it was determined that vinegar not only lowered post meal blood sugar, but also decreased insulin response. The next study in humans didn’t occur until 2003. Japanese scientists tested the effects of 32 “common food products” to see if any of them could lower the glycemic response to white rice. This experiment was much larger, including 38 women and 20 men. Beans, dairy products and vinegar were all found to lower the glycemic index of white rice by 20-40%. Interestingly, the blood sugar modifying effect took place no matter whether the vinegar was taken prior to, during or directly after eating the rice. (4,5,6)

2004 began with a bang. A study in the journal Diabetes Care determined that apple cider vinegar “raised whole-body insulin sensitivity” in people with insulin resistance, a hallmark of metabolic syndrome and/or “pre-diabetes”. The fascinating thing about this trial is that these “pre-diabetics” responded to vinegar in a more profound way than did the type-2-diabetics. (7)

2005 yielded three trials that further shed light on the activity of vinegar. A study from Arizona State University discovered that vinegar is more effective at lowering blood sugar when it’s taken with a higher glycemic meal, such as a bagel and juice. That research also revealed that subjects taking vinegar, along with a bagel and juice, consumed about 200 – 275 fewer calories per day. The remaining two studies of ’05 describe white vinegar’s ability to soften the glycemic impact of potatoes and white bread. These two foods are widely believed to be especially troublesome for those with blood sugar abnormalities. (8,9,10)

2007, 2008 and 2009 took the vinegar story into previously uncharted territory: type 1 diabetes. A Swedish study from the University of Lund examined the effects of apple cider vinegar (ACV) in this specialized segment of the diabetic community. In particular, the scientists were interested in whether ACV could affect the “gastric emptying rate” in relation to a snack containing rice pudding. The authors of the trial concluded that vinegar was capable of delaying stomach emptying which may lead to a greater sense of hunger satisfaction. This hunger modifying effect was also borne out in a 2008 study which used whole wheat bread as a vehicle for the vinegar. (11,12)

Even broader effects were verified in both 2007 and 2009. Researchers from Arizona State University discovered that the addition of 2 tablespoons of apple cider vinegar prior to bed could significantly lower “waking glucose concentrations”. This was especially true for the study participants with the highest initial blood sugar readings. In a follow up study, these same researchers tested the effects of several forms of acetic acid/vinegar (dill pickles, vinegar or a vinegar pill) in a group of type 2 diabetics. Acetic acid is widely believed to be the “active ingredient” in vinegar. A measure of long term blood sugar (hemoglobin A1c) dropped in those receiving the vinegar. However, there was an unexpected glucose elevation in those receiving the pickles and the vinegar pill. Vinegar pills are commonly sold in health food stores and pharmacies. This recent study appears to question the wisdom of using such supplements. (13,14)

One thing that wasn’t mentioned in the NY Times column is that chronic vinegar use isn’t necessarily safe. In fact, the one trial that examined this issue found some potentially troubling findings. 27 type 2 diabetics were asked to “supplement” with one of three different sources of acetic acid: pickles, vinegar or a low-dosage vinegar pill. The trial lasted 12 weeks and included a variety of blood tests, diaries and interviews to assess safety and tolerability. A statistically larger number of those eating the pickles and vinegar reported “at least one treatment-emergent adverse event” as compared to those given the low dose pill. The researchers also noted a possible indication of liver irritation in the pickle and vinegar users, demonstrated by an increase in the level of a liver enzyme known as aspartate aminotransferase. (15)

Another wrinkle in the vinegar saga was just revealed in this month’s edition of Nutrition Research. Scientists from the Kronos Longevity Research Institute began their presentation by discussing several proposed mechanisms by which vinegar can improve blood sugar control: a) by slowing the breakdown of carbohydrates via enzyme inhibition; b) by delaying gastric emptying; c) by improving “glucose uptake” and; d) by increasing satiety (hunger satisfaction). Imagine their shock when their very own study found that 20 mL of apple cider vinegar given before a mashed potato meal actually increased glucose response! This may just be a fluke but it brings up an important point: If you decide to experiment with vinegar, make sure it’s working for you. Test your blood sugar regularly to verify that you’re actually experiencing the desired effect. (16)

According to historians, Hippocrates used vinegar to help promote the healing of wounds. Cleopatra reputedly dissolved her prized pearls in vinegar to make a love potion for Antony. The “creator of forensic medicine”, Sung Tse, supposedly washed his hands in a solution of sulfur and vinegar after conducting autopsies. Even in the United States, the medicinal use of vinegar runs deep. Records show that as far back as the 18th century vinegar was being used to address diabetic complaints and a whole host of other unrelated conditions such as poison ivy rash and stomach aches. With the advent of controlled scientific studies, we now have the tools by which to accurately identify the healing potential of this food that is so heavily steeped in folklore. I’ll continue to add organic apple cider vinegar to my recipes and hope for the best. I don’t currently have cause to use vinegar therapeutically, but I know that some of you do. If you decide to try it out, please let me know how it turns out for you. Your experiences are always welcome and, more importantly, of great value to the Healthy Fellow community. (17)