The holidays can be a rather challenging time for many people. I reluctantly include myself in that not so exclusive club. We’re all familiar with the reasons why this season of cheer often becomes a “bah humbug” type of experience. But what’s not as clear is how we can shield ourselves from the psychological pummeling that often accompanies the yuletide festivities. Looking to science for answers to this this age old question may seem like an exercise in futility. After all, scientists rarely venture into the messy world of people’s personal problems. Feelings and medicine are notorious for being uncomfortable bedfellows. Still, that didn’t stop me from searching for some scientific solutions that might make this year’s holiday different than far too many others. 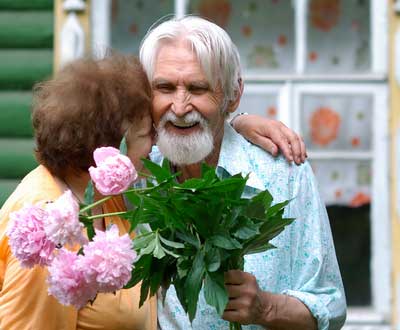 I think some of the best advice I’ve ever heard is also one of the most difficult changes to enact. It involves doing something that is both counterintuitive and uncomfortable. But I also believe it’s perhaps the most productive and significant way to get out of a mental funk. If you’ve suffered a loss or are feeling hopeless and morose, force yourself to help others in one way or another. This is not to say that we shouldn’t feel the sting of legitimate pain or don’t require the necessary time and space to heal. But there comes a point when that period should pass and holding on to it only serves to tear us (and others) down. That’s precisely when we should reach out and give a hand to those who are in need. No matter how bleak things may seem, there is always someone experiencing a lower depth of misery. By reaching out via personal or organized charity, we lift ourselves up.

A recent example can found in a study conducted by the Johns Hopkins Bloomberg School of Public Health. A group of older women who volunteered in a youth mentoring program exhibited positive changes in specific areas of the brain (prefrontal cortex and anterior cingulate cortex) that relate to “executive function” and memory. An imaging method known as “functional magnetic resonance imaging (fMRI)” was used to establish this remarkable finding. This particular experiment was an examination of a charitable program referred to as Experience Corps which instructs seniors on methods to tutor children in under-resourced public schools. The ultimate goal is for seniors to contribute to the local community while also striving to improve “age-vulnerable executive functions and increase activity in brain regions … through increased cognitive and physical activity”. (1)

The lead author of the study, Dr. Michelle C. Carlson, commented that “participating in the Experience Corps resulted in improvements in cognitive functioning and this was associated with significant changes in brain activation patterns”. She went on to conclude that “Essentially the intervention improved brain and cognitive function in these older adults”.

Weight gain is a common “side effect” of the holidays. Wherever we look, there’s no shortage of fattening food available. If you add a dash of depression and a sprinkle of stress to the mix, it’s a near perfect recipe for bigger numbers on your scale. But this doesn’t have to be the case. If out of control eating is a problem for you, you might consider looking into a treatment known as “Interpersonal Psychotherapy” (IPT). A brand new study indicates that IPT can prevent weight gain by helping to address interpersonal relationship issues and social causes of binge eating. This was demonstrated in a group of 38 adolescent girls. Half of them engaged in conventional weight management classes. The remainder participated in IPT. (2)

The results of this pilot trial suggest that IPT “is feasible and acceptable to adolescent girls at risk for adult obesity and may prevent excess weight gain”. The last thing any of us needs is to make it through the holidays only to find the “gift” of added pounds. Interpersonal Psychotherapy appears to be a safe and viable tool to ease the mind and the waistline.

Sometimes the simplest things can make almost anyone feel better. You might not expect that sort of statement to be inspired by a journal with a name like “Neuroendocrinology Letters”, but it is. A team of researchers from Fujita Health University in Aichi, Japan just published a paper on the health effects of hugging and kissing among “romantic partners”. No one was surprised when they established that these acts of affection resulted in the couples “becoming happier and less irritated”. But some eyebrows were raised when they also reported a direct effect of loving exchanges on “peripheral circulating proteins (that) may promote health and well-being”. This gives us all a great excuse to ask for and to give more hugs and kisses to our mates in the coming days and weeks. (3)

At the end of the day, almost all holiday traditions are about giving of ourselves and giving thanks for all we have. When I manage to remember that, I immediately feel a greater sense of calm. It narrows my perspective on what’s really important and I begin to breathe more freely. I’ve also noticed that when I embrace this philosophy, it allows those around me to feel more comfortable doing so as well. It’s as if I’m projecting an unspoken invitation to join me in this experience. Who knows, this may very well be the best gift I can give this year. Now, I think I’m going to go hug and kiss my wife.


3 Comments & Updates to “Psychology of Love”