Aging is a funny thing. When we’re children, we can’t wait to get older so we can do all of the wondrous things that we imagine adults do. By the time we reach adulthood, we realize that there are both pros and cons to this “grown-up” stage of life. That’s about the same time that we begin wondering what it will be like to be even older – a “senior citizen”. At first, many of the downsides of that proposition come to mind such as not being able to move or think as quickly as we used to. But often times, another concept rears its head: Growing old is a luxury that is not afforded to everyone. If you’re lucky enough to live a long life, then it becomes all the more important to make those extra years count. One of the best ways to enable this is to support your body and mind so that those so-called “golden years” can be both fulfilling and productive. 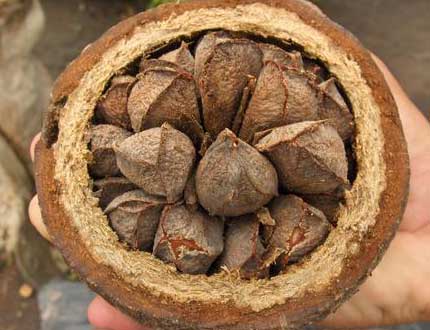 Four recent studies provide clues about natural strategies we can all employ in order to remain mentally sharp and physically fit as we age. Two of the trials focus on preserving healthy brain functioning via the judicious use of good nutrition. The remaining research addresses common physical conditions that are omnipresent in most senior populations, but needn’t be – namely arthritis and poor circulation.

The December issue of the British Journal of Nutrition explains that people with Alzheimer’s disease (AD) often exhibit signs of increased oxidative stress that may largely be due to inadequate levels of dietary antioxidants. Therefore, an experiment was designed to determine whether sub-obtimal levels of selenium, an antioxidant trace mineral that is commonly found in Brazil nuts (pictured above) and tuna, may be contributing to the likelihood of this neurodegenerative condition.

Lower selenium (Se) levels were found in the diet, nails and plasma samples of those with Alzheimer’s disease. This lead the authors of the study to remark that “The results allowed us to suggest that AD has an important relation with Se deficiency”. (1)

If that last study inspired you to snack on a few Brazil nuts, you may also want to wash them down with a cup of coffee. A fascinating investigation was just presented in the journal of Psychosomatic Medicine. This is a particularly unusual trial in that it compared cognitive functioning over the course of an entire lifetime. More specifically, the researchers involved focused on the effects of caffeine consumption on age-related mental performance. This was accomplished by comparing the results of 923 IQ tests from children who participated in the Lothian Birth Cohort Study of 1936 and their current mental functioning now as seniors. “Self-report questionnaires” and “standardized interviews” were used to determine the approximate amount and frequency of caffeine intake. (2)

This adds to an ever increasing body of research that supports the hypothesis that caffeine and, more pointedly, coffee may somehow counteract part of the damage to the brain that normally occurs during the typical aging process.

Higher Selenium Has Been Linked to Increased Longevity in Seniors

The role that antioxidants play in athletic and recreational sports medicine is somewhat controversial. There is a raging debate about whether or not antioxidants help reduce the negative impact of exercise (the “wear and tear”) and/or improve performance. A new study conducted on both younger and older volunteers may help to clarify this issue.

The results of the experiment were rather complex: The antioxidants initially improved circulation in the older subjects and attenuated it in the younger volunteers “during a handgrip exercise”. But the exact opposite effect occurred when performing “knee-extensor exercise training”. The exercise itself improved “artery vasodilation” but the antioxidants curiously reversed that benefit in the older participants. These findings lead the researchers to conclude that “exercise training is capable of restoring equilibrium such that vascular function is improved”. But they added that the antioxidant-based reduction in free radicals during exercise may negatively impact circulation. Based on this, it may be best for active people of all ages to only take high-dosage, antioxidant supplements apart from exercise. (3)

Most experts agree that exercise is one of the keys to promoting improved health and longevity. However, certain physical obstacles such as osteoarthritis frequently make this goal much harder to practically achieve. The good news is that consuming greater quantities of Vitamin K may be a “new” way to decrease the risk of developing osteoarthritis (OA). The evidence for this claim comes courtesy of the November issue of the Journal of Orthopaedic Science. A total of 719 Japanese men and women (60 years and up) volunteered to have their nutrient intake monitored for a one month period. X-rays were also taken to establish the prevalence and severity of OA in this group of seniors. A total of 70.8% of the participants showed evidence of knee OA. The only dietary factor that was inversely linked to knee OA was Vitamin K. The concluding remarks of this examination state that “low dietary Vitamin K intake is a risk factor for knee OA” and that “Vitamin K may have a protective role against knee OA and might lead to a disease-modifying treatment”. (4)

The four items I’ve presented today can be easily, enjoyably and safely implemented into most wellness programs. There are, however, certain circumstances where caffeine/coffee, exercise and/or Vitamin K may not be appropriate. These cases generally involve individuals with high blood pressure or those on anticoagulants (“blood thinning medications”). Before implementing any major dietary change or exercise plan, please consult with an expert just to be sure that it’s right for you. In addition, please keep this in mind: It’s considered basic, common sense to financially plan for retirement. My suggestion is to do the same with regard to health. I believe it’s quite possible to positively and significantly augment your long-term health by simply exercising in a smart way and adding some coffee (caffeine), dark green leafy vegetables, eggs, fermented soy (Vitamin K sources) and fish (selenium) into your daily diet. After all, I don’t think it’s a coincidence that this sort of dietary and lifestyle approach is found among many of longest living populations in the world.