Vitamins are a lot like movie stars. At certain points in their careers they experience hot streaks where they’re considered exciting and glamorous. During those periods they’re frequently in the news and are top draws at the box office and health food stores. You’ll see commercials promoting their products and you might even hear occasional gossip about them around the neighborhood. “Did you hear that Russell Crowe punched out his acting coach on the set of Gladiator?!”. “It turns out that Nancy didn’t have ‘work done’. She’s just been using that new Vitamin C skin cream sold by that doctor on PBS.” But inevitably, almost all celebrities and nutrients also discover the flip side of fame. Critics and scientists stop singing their praises and people stop buying their wares. It’s a tough time to go through, but it also affords the possibility of a comeback. 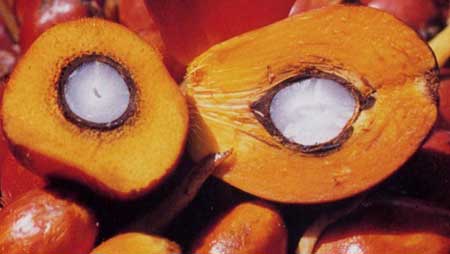 Many years ago, Vitamin E was being touted as a virtual miracle cure for all things relating to the heart. If you were at all concerned about cardiovascular disease, you were probably popping Vitamin E. But these days you don’t hear much about our old friend, d-alpha tocopherol (the most common form of natural Vitamin E). That’s about to change, again. In the coming years I think science will rediscover Vitamin E in a broader context which will include all 8 isoforms (members) of the Vitamin E family – alpha, beta, delta and gamma tocopherols and alpha, beta, delta and gamma tocotrienols.

Several recent studies are directing a spotlight on Vitamin E’s impact on brain health and cognitive functioning in the senior population. However, I believe this information should be of interest to younger individuals as well because age-related health and memory problems do not simply appear all of a sudden during the twilight years. The process behind virtually every degenerative disease forms slowly and methodically over the course of decades. If we can interrupt or slow down that process, we may be able to protect ourselves against some of the unwanted conditions associated with growing older.

A French study on 67 elderly men and women examined the role that Vitamin E status may play with regard to immune function and overall quality of life. A diagnostic tool known as a “36 Item Short-Form Health Survey” was used to measure quality of life issues and blood tests were used to establish serum Vitamin E concentrations and inflammation. The researchers discovered that the participants with the greatest number of health issues also had lower levels of E in the blood. This same sub-group was noteworthy because they demonstrated “increased concentrations of inflammatory markers” and poorer mental health status. The conclusion of the trial was that “nutritional status, notably as it relates to Vitamin E, is associated with immune function and quality of life in the elderly”. (1)

Scientists at the Baylor College of Medicine recently looked into the effects of high dosage Vitamin E (2,000 IUs of alpha tocopherol per day) on mortality rates in a group of 847 seniors with clinically diagnosed or “probable” Alzheimer’s disease. The patients’ medical records were analyzed from 1990 to 2004. During that period, roughly 2/3 of the group used a combination of Vitamin E and standard medication (cholinesterase inhibitors), 10% only used Vitamin E and the remainder was given “no anti-dementia drugs”. The patients receiving Vitamin E, either in combination with standard care or by itself, were shown to have a 29% reduced risk of “all cause mortality” based on the “adjusted hazard ratio”. Vitamin E, when used on its own, also resulted in a 23% lower risk of mortality than using “no drug treatment” in this select population. (2)

An animal experiment published in the November edition of the Journal of Biological Chemistry may provide a specific rationale for the use of alpha tocopherol in those at risk for Alzheimer’s disease. A group of Japanese researchers determined that increased oxidative stress, as defined by lipid peroxidation, may prevent the body from clearing amyloid beta plaques from the blood and brain. In a mouse model, this neurologically damaging process can be instigated by a lack of Vitamin E. (3)

Likewise, the aging body could very well benefit from the addition of foods rich in Vitamin E and supplements containing it. Arthritis pain and osteoporosis are two prevalent conditions that will affect most of people if they live long enough. That’s why it’s encouraging to know that: a) 400 IUs of palm derived Vitamin E was recently found to be as effective in reducing knee osteoarthritis symptoms as 1,500 of glucosamine sulfate and; b) Vitamin E may help counter increased oxidative stress that likely contributes to bone loss in elderly men. These effects are of significant interest because both osteoarthritis and osteoporosis can severely limit mobility and increase the odds for fractures and other potential life threatening complications. (4,5,6)

At the beginning of today’s column I mentioned that the Vitamin E family is comprised of 8 members. In the past, alpha tocopherol has been the subject of most of the scientific research conducted on E. These days, researchers are much more interested in investigating the attributes of the other 3 tocopherol and tocotrienol isoforms. A few of the most current findings tell us that: a) combining gamma tocopherol with aspirin increases its anti-inflammatory activity while reducing the risk of adverse effects (in an animal model) and; b) “mixed tocopherols” and tocotrienols appear to be very promising agents in the fight against a variety of cancers including breast, lung and prostate malignancies. (7,8,9,10,11)

I personally use and recommend Vitamin E supplements that contain a combination of all 8 of the tocopherols and tocotrienols. This is important because if you only use one form of Vitamin E, such as alpha tocopherol, it will most likely lower the levels of other useful tocopherols. In other words, you benefit in one way by increasing the amount of one type of E, but only at the cost of the other forms. Additionally, the combined effect of mixed tocopherols seems to be worth the added expense (see the picture above). You can also ensure a more balanced intake of Vitamin E by eating a variety of whole foods that collectively contain all 8 isoforms such as almonds, avocados, unrefined palm oil and walnuts. As always, I suggest using food as the primary course for attaining essential nutrients and backing up that pursuit with the judicious use of supplements when needed. (12,13,14,15)