Certain foods tend to get a bad rap across the board. These so called “dietary offenders” generally fall into two camps: foods that are rich in cholesterol and saturated fat, and desserts, drinks or snacks that are abundant in simple carbohydrates. I can’t think of a good argument for sugar laden treats, but I do believe that many foods containing cholesterol and saturated fat are, in fact, healthy. This point of view is often shared by nutritionists and physicians who have adopted a low-carbohydrate philosophy. However, the vast majority of conventional doctors and nutrition advisors disagree. One of the reasons why I personally think that foods such as beef, eggs and pork can be healthful additions to the average diet is because they’re loaded with an essential nutrient known as choline. 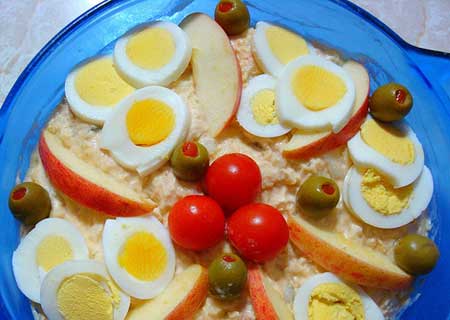 The January 2010 edition of the FASEB Journal provides the latest evidence that choline, a member of the B-vitamin family, is vital in promoting the formation of the memory center of the brain (the hippocampus). Scientists from the University of North Carolina fed two groups of pregnant mice a choline enriched diet or a choline deficient diet during the time frame when fetal hippocampi growth is known to occur. The diet with added choline affected specific genes that support the creation and subsequent growth of neuronal cells in the hippocampus. The benefits that occur during the developmental stages of life may even extend into adulthood. A recent experiment presented in the journal Brain Research determined that rats provided with choline during their growth stage exhibited positive “changes in exploratory behaviors over the lifespan” and that choline “preserves some features of hippocampal plasticity that can be seen at 2 years of age”. 2 years in the life of a rat is the equivalent of approximately 60 years for a human being. (1,2,3,4)

There are other reasons why pregnant women should keep an eye on the choline content of their diets. A September 2009 study conducted at Stanford University discovered that low choline levels were associated with a greater risk for neural tube defects (NTD). On the opposite end of the spectrum, a higher intake of choline was found to have a preventive effects against NTDs. A greater intake of dietary or supplemental choline may also help protect against certain manifestations of alcohol induced birth trauma, such as behavioral problems, “delays in eye opening”, low birth and brain weight and tooth formation. It’s important to note that choline doesn’t lessen the alcohol content in the system, but instead appears to offset some of the damage caused by alcohol consumption – in an animal model. Clearly this isn’t a prescription to drink while pregnant. But this may be a valuable preventive tool in cases where drinking is likely to occur. (5,6)

Choline may also play an important role in a disease that profoundly affects the female population – breast cancer. A November 2009 investigation from the Mt. Sinai School of Medicine examined the link between choline intake and breast cancer risk and mortality. 1,508 women with breast cancer were analyzed in this trial. Several determinations were made based on the careful examination of this group known as the Long Island Breast Cancer Study Project.

The authors of the research conclude their research in rather direct terms: “Our study supports the important roles of choline and betaine in breast carcinogenesis. It suggests that high intake of these nutrients may be a promising strategy to prevent the development of breast cancer and to reduce its mortality”. This promising note is strengthened by other recent trials that suggest that choline and other methyl-donors (folic acid, Vitamin B12, etc.) may stimulate a process known as apoptosis and, thereby, induce breast cancer cell death. (7,8,9)

Anxiety is a condition that almost everyone can relate to. Sometimes it’s a transient state. But judging by the number of anxiolytic medications currently on the market, it appears that anxiety is a rather chronic and significant issue for a large segment of the population. If you’re one of the many who struggle with recurrent anxiety, you may want to consider getting more choline in your diet or via supplementation. A study appearing in the October 2009 issue of the American Journal of Clinical Nutrition evaluated blood levels of choline and anxiety or depression symptoms in a group of 5,918 men and women. Those with the lowest choline status showed a dramatic association with higher anxiety scores. Prior research indicates that brain levels of choline, as measured by magnetic resonance imaging, tend to be lower in patients with generalized anxiety disorder as well. (10,11)

Perhaps the biggest issue relating to choline and the modern diet is that it’s often deficient. Multivitamins and prenatal supplements rarely provide even close to the RDA (recommend daily allowance) of 425 milligrams for women and 550 milligrams for men. What’s worse, many of the foods that contain the greatest amounts of choline (beef, eggs, liver, pork, etc.) are often discouraged from being eaten on a regular basis. The first step towards improving the current state of things is to become aware of which foods provide appreciable levels of this essential B-vitamin. If you think you’re unlikely to get enough of this nutrient in your typical menu plan, think about adding a choline supplement to your daily routine. In the future, we may learn that choline is as vital to good health as folic acid or other better known vitamins. Until the official word comes out, it’s up to us all to discuss this issue with our health care team, personally evaluate the evidence and implement as we see fit. (12)