There’s a place in my mind that’s permanently devoted to natural health. It’s a living, breathing metropolis that has a cast of characters numbering in the hundreds. The foods, practices and supplements that make up of the population of this fictitious land are very similar to the bit players, heros and villains that inhabit any good story. In short, they need to constantly evolve and reveal more about themselves in order to remain interesting to readers and viewers alike. 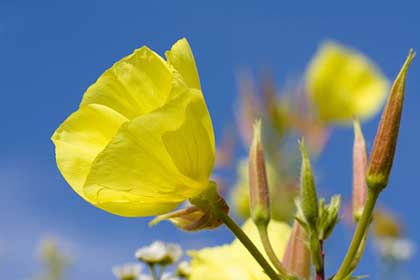 Fish oil is no longer the new kid on the block in the alternative medicine world. In fact, it’s been around so long that even pharmaceutical companies have begun manufacturing omega-3 based medications. But that’s not to say that DHA and EPA, the chief fatty acids present in fish oil, are in any way boring or satisfied with their current reputation. Omega-3’s have a lot more to say and I’m here today as their mouthpiece.

Numerous studies attest to the fact that fish oil can be used as natural therapeutic aid for those with asthma. But a new experiment adds another wrinkle to the use of fatty acids in this condition – the addition of a rare and unique omega-6 fatty acid known as GLA (gamma-linolenic acid). The current experiment involved 21 asthmatic adults who either took a “medical food emulsion” containing DHA (fish oil) and GLA or a “placebo emulsion” for 4 weeks. All of the volunteers continued to take their normal medication and were subjected to a variety of tests prior to and post study. The patients receiving the DHA + GLA emulsion tolerated it well and exhibited no safety concerns. Those using the medicinal fatty acids reported improvements in quality of life and demonstrated changes in “asthma management as evidenced by reduced asthma symptoms”. (10,11,12)

Combining fatty acids is a common practice among nutritional supplement manufacturers. It now appears that this practice may be more than just a matter or convenience or skillful marketing. Much like the case of asthma, it’s long been known that fish consumption affords benefits in relation to ocular health. In fact, a recent 12 year population study found that people who consumed the largest amounts of omega-3’s were approximately 30% less likely to develop common eye conditions such as age-related macular degeneration (AMD). Now, two recent animal studies may offer a new method for enhancing the benefits of fish oil with regard to eye protection. One experiment found that adding GLA to fish oil could more effectively reduce intraocular pressure than just using GLA or fish oil alone. This combination of fatty acids resulted in the preservation of “retinal cell structure” in a group of mice with glaucoma. The addition of GLA to fish oil was also shown to increase the amount of fish oil (DHA) that is capable of reaching the retina in a separate French study from May 2009. This may very well be the primary mechanism by which GLA synergistically supports eye health. (13,14,15)

Most of the news you’re likely to hear about fish oil or omega-3 fatty acids will probably be in reference to cardiovascular disease. But there’s really so much more to DHA and EPA than just promoting a healthy heart. Don’t get me wrong, that alone is a very important role that fish oil can play in modern medicine. Still, it would be shame to neglect the lesser known attributes of this stellar food/supplement. Finally, I’ll leave you with a hint at what the future might bring: omega-3 supplements derived from squid! Squid extracts are desirable because they’re a natural “by product” of calamari ring production. Squid are plentiful in nature. They have a brief life cycle and can be harvested in a relatively gentle manner, without negatively impacting the sea floor. Perhaps best of all, they naturally contain high quantities of DHA. So the next time you go shopping for fish oil, don’t be too surprised if you happen upon a few bottles of squid oil next to it. (16)