I was recently reminded of one of the most important tools available to us as patients: awareness. The quality of care we receive can be greatly influenced by the feedback we provide to our treating physicians. A seemingly insignificant change in how we feel such as headache, muscle pain or an occasional “racing heart beat” could identify whether a new medication or therapy is working or life threatening. Likewise, it’s important to be mindful of any minute or substantial signs of positive changes as well. In short, we need to understand what we should expect from any new treatment and then pay close attention to any potentially related reactions. 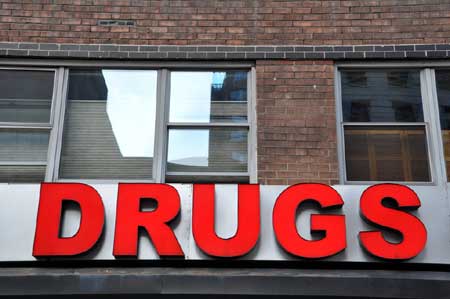 This lesson reminder was brought home when I recently asked my wife how her knee and shoulder were feeling. In the past these two areas were trouble spots brought about by certain forms of repetitive physical exertion – lifting weights, playing tennis, etc. I was pleasantly surprised to learn that the inflammation and pain were now completely gone. In fact when I first inquired Mrs. Healthy Fellow hardly remembered what I was talking about. The results exceeded expectations to such an extent that we both forgot about what we were “treating”. Naturally we’re both thrilled that the pain had subsided. But this was also a good wake up call to remember what supplements we were taking and how they were impacting us. By the way, the supplement that Mrs. H has been using to address her aches and pains is called Collagen Booster by ReserveAge.

Being aware requires being informed. There’s a lot of intriguing information circulating in the scientific literature that never sees the light of day in the mainstream press. According to most news sources, low carbohydrate diets likely contribute to cancer and heart disease, dark chocolate *could* possibly be healthy, doctors are either saviors or villains and the key to treating infertility is primarily via cutting edge technology. I want to dig a little deeper today and share some lesser known research that scientists are
discovering.

A new study presented in the journal Diabetes/Metabolism Research and Reviews reports that long-term high blood sugar, as measured by HbA1c (haemoglobin A1c), is associated with increased arterial stiffness and poor circulation. This connection was noted in patients with normal blood sugar and in those with impaired glucose metabolism. One effective way to counter this cardiovascular risk factor is to adopt a carbohydrate restricted diet according to a new study conducted at the University of Connecticut. A group of 40 overweight men and women with high triglycerides were assigned to one of two diets for 12 weeks: a) 12% carbohydrates/ 59% fat/ 28% protein or b) 56% carbohydrates/ 24% fat/ 20% protein. Each diet provided approximately 1500 calories daily. A measure of circulation (flow-mediated dilation of the brachial artery) was tested at the start of the study and at its completion. The volunteers consuming the higher fat diet experienced improved blood flow at the 12 week mark (5.1% at start, 6.5% at completion) while the lower fat group exhibited a reduction in “peak flow-mediated dilation” (from 7.9% at start, 5.2% at completion). In addition, those on the carb restricted diet also found greater reductions in post meal inflammation, insulin and triglycerides. The authors of the study concluded that, “These findings show that a 12-week low-carbohydrate diet improves postprandial vascular function more than a LFD (low fat diet) in individuals with atherogenic dyslipidemia”. (1,2)

A recent 8 year examination of 5,450 postmenopausal women revealed an important link between insulin levels and breast cancer (BC) risk. In all, a total of 190 of the study participants were diagnosed with BC. Researchers from the Albert Einstein College of Medicine determined that the women with the highest levels of insulin were more than twice as likely to develop BC than the volunteers with the lowest insulin. A new experiment reported in this month’s issue of the journal Nutrition and Metabolism offers one possible way to reduce insulin and possibly breast cancer risk – eating a lower carbohydrate meal plan. Two groups of mice with chemically induced mammary tumors were fed either a low protein high carbohydrate diet or a moderate protein reduced carbohydrate diet over a 10 week period. The findings of the study indicate that “reducing the dietary carbohydrate:protein ratio attenuates the development of mammary tumors. These findings are consistent with reduced post-prandial insulin release potentially diminishing the proliferative environment required for breast cancer tumors to progress”. (3,4)

The Best Fiber of Them All?

The newest and possibly the greatest fiber supplement yet will hopefully be coming soon to a health food store near you. The January 5th issue of the Journal of Agricultural and Food Chemistry is the latest to document the health effects of cocoa fiber (CF), a byproduct of the chocolate manufacturing industry that is produced via the enzymatic break down of cocoa husks. The result is a fiber source that is rich in antioxidants and soluble fiber. This unique combination of health promoting phytochemicals and roughage has been clinically shown to reduce blood pressure, body weight, cholesterol, constipation, oxidative stress and triglycerides in animals and humans alike. (5,6,7,8,9)

Doctors are just as fallible as the rest of us. New evidence conducted at Ben-Gurion University offers an important alert for patients and physicians alike: mood matters. 188 primary physicians were surveyed to determine whether quality of care was affected by their state of mind. The results indicate that, in general, doctors in a good mood were less likely to issue referrals, ordered fewer tests, prescribed medications less often and spoke to their patients more. The lead author of the study commented that “The findings that on bad mood days physicians tend to talk less, and may needlessly prescribe and refer more than on good mood days, implies that negative moods may be detrimental to quality and costly to healthcare systems”. Another recent investigation found that physicians in private practice were 50% to 80% more likely to discourage the use of generic medications, as compared to “country-employed physicians working on a salary”. In both of these instances, it would behoove patients to be aware of these possible pitfalls and respectfully address them with their health care team if they suspect either situation is going on. (10,11)

Drop the Weight, Gain a Baby?

The infertility industry is massive and growing faster than any toddler possibly could. Treatment options to improve the likelihood of pregnancies can be both dangerous and prohibitively expensive. But the good news is that there’s a healthy way for both men and women to improve their odds of conceiving naturally. A recent evaluation of 794 men uncovered a strong link between being overweight and poor seminal quality. A separate Internet study involving 1,651 women also found a connection between obesity, a larger waist circumference, waist-to-hip ratio and a delayed time-to-pregnancy. The conclusion of the population study states that “Our results confirm previous studies showing reduced fertility in overweight and obese women”. Losing weight not only yields success in the baby department, but it can also provide said newborns with a healthier set of parents and a better start to life. (12,13)

The information I present on this site is never meant to categorically dismiss all aspects of allopathic medical care or the news provided by the conventional media. My primary objective is to supplement what’s already out there. I want to fill in the gaps that I see as an alt-med outsider looking in. If you feel the same way I do, then please share the information you read here with your health care team. But when doing so, please make sure to share it in a positive way. The idea is to spread the “good word” in a supportive, unthreatening manner so that family members, friends and physicians are likely to be receptive. The reality is that this a long term strategy, but I see evidence of hopeful inroads being made every day and I think you will too.

A Special Note: I think everyone reading this is probably aware of the devastating earthquake and humanitarian crisis that’s befallen the Haitian people. In the past, I’ve reported on a fine charity that does a wonderful job of promoting greater health for adults and children alike via improved nutrition. If you haven’t already donated to the Haitian relief effort and you’d like to do so, please consider supporting Vitamin Angels in their goal of sending 1,000,000+ children’s multivitamins to this vulnerable region. Thank you.