There’s a poignant scene in the film The Shawshank Redemption where an old prisoner is set free into a world that hardly resembles the one he left behind. Automobiles whiz past him as he tries to cross the street. His parole appointed job is at a fast paced market unlike any small town grocery store from his youth. It seems the whole world got in a great big hurry while he was away and he doesn’t like one bit. The speed of modern life is ever increasing. It’s hard to say how exactly this trend started. But it’s safe to say that at this point it’s driven primarily by consumer demand. A large enough segment of the population wants products and services that bring convenience home and streamline the many details that make up daily living. 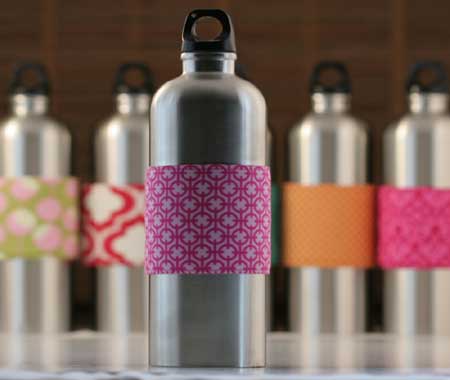 In the 21st century, it’s hard to imagine a world in which plastic wouldn’t play a major role. After all, we drink from plastic bottles and wash our hair with shampoo that comes in similar looking containers. Our cars, phones, sunglasses and even the keyboards we type on are all made of this chemical compound. We are surrounded by plastic and what’s more, we’re happily hooked on it. That’s all good and well except for one thing: it may be harming us in unexpected ways. Today I’m going to focus on some recent findings on how chemicals in plastic may be altering the physiology and psychology of children throughout the world.

Phthalates are a variety of chemicals used to make plastic more flexible. They are commonly found in plastic wraps that are used to cover foods such as cheeses, meats and vegetables. But phthalates can also be present in cleaning items, personal care products, tubing and, most disturbingly, in toys. Many animal studies and some human studies have linked these specific elements to a variety of health conditions ranging from asthma to autism to birth defects to hormonal abnormalities and even obesity. Now, a new Korean trial has found a troubling association between phthalate concentrations and attention deficit hyperactivity disorder (ADHD) in children between the ages of 8-11. Urine tests were used to quantify the levels of this chemical in a group of 261 boys and girls. Those with the largest amounts of phthalates exhibited the most pronounced ADHD symptoms based on computerized tests and teacher reports that measured attention and impulsivity. The findings were described as presenting a “strong association between phthalate metabolites in urine and symptoms of ADHD”. (1,2,3,4,5,6)

A trial recently published in the International Journal of Andrology examined a proposed connection between elevated levels of phthalates in mothers’ prenatal urine and its subsequent affects on masculinity in preschool aged boys. A total of 145 children (aged 3.5 – 6.5) were included in this examination. Mothers who had higher prenatal levels of two phthalate metabolites (DBP and DEHP) generally had sons who exhibited less “male-typical behavior” such as fighting/”horsing around” and playing with trucks. The lead researcher of the study, Dr. Shanna H. Swan, theorized that phthalates may affect testosterone levels during a critical stage of male development in which sexual identity is formed. Previous studies have demonstrated a so called “phthalate syndrome” in male animals and boys which manifests in abnormal genital development. (7,8)

Bisphenol A (BPA) is another hormone disrupting chemical generally found in hard plastic products such as baby and water bottles, canned food linings and medical tubes. A report in the December issue of the journal Environmental Health Perspectives raises alarm about the effect of BPA in young girls. The source of BPA in these developing children is once again believed to be related to either prenatal exposure or a common environmental source that both mother and child share. A group of scientists examined prenatal urine samples from 249 women and compared them to the behavioral patterns of their related children. The mothers with the highest concentrations of BPA were more likely to have girls who were more aggressive and hyperactive at the age of 2 as compared to mothers with lower levels of BPA. One of the researchers commented that “girls whose mothers had higher BPA exposure were more likely to act like boys than girls”. (9)

Dr. Andrew Weil, a leader in the field of alternative and complementary medicine, offers some sage advice about how to lower BPA and phthalate exposure for adults and children alike in his Fall 2009 Healthy Eating Guide. Dr. Weil suggests: a) cooking and microwaving only in ceramic or glass containers; b) opting for BPA-free baby bottles and stainless steel water bottles; c) avoiding the use of plastic wrap and placing plastic-wrapped market items in more suitable containers (glass) once at home and; d) choosing packaged foods and oils in glass bottles rather than plastic bottles or lined cans.

There’s no turning back the clock or putting the genie back in its lamp. Plastic is here to stay, at least for the foreseeable future. But we do have options about how and when you we choose to use it. A good place to begin your plastic transformation is at home. Avoiding BPA and phthalates outside of your abode can be more challenging. When you’re out and about, the key is to simply make the best choices that are available to you. Another way to promote change in this arena is to purchase products that specifically avoid the use of such questionable chemicals. You’ll often find that manufacturers will mention this on product labels or in the accompanying literature because it can be a selling point to informed consumers. In the same way that we the people have demanded a more convenient and speedier world, we too can demand a safer place for our current and future generations.

Update – The FDA has just announced that it will re-examine the safety of bisphenol A due to recent studies that indicate “potential effects of BPA on the brain, behavior, and prostate gland in fetuses, infants and young children”. The Food and Drug Administration will be working with National Institutes of Health on more “in-depth studies to answer key questions and clarify uncertainties about the risks of BPA”. We now have a semi-official warning. Let’s make the most of it. (10)