A reader recently inquired about an holistic practice commonly referred to as “earthing” or “grounding”. The question was a like a portal to my past. I was first exposed to the concepts behind this therapy when I studied holistic medicine in Arizona many years ago. In essence, grounding is, supposedly, a therapeutic process by which you connect with the earth. A popular theory behind its reputed healing power is that electrons present in the earth’s surface can be passed on to physical bodies when a person walks barefoot or sleeps on the natural ground. An expert in the field of earthing, Dr. James L. Oschman, describes the exchange in this way, “The most reasonable hypothesis to explain the beneficial effects of earthing is that a direct earth connection enables both diurnal (daily) electrical rhythms and free electrons to flow from the earth to the body”. Hypothesis and proposed mechanisms are helpful as far as they go. But the real question in my mind is whether there’s any serious science that supports these assertions and the many claims made by purveyors of grounding products. 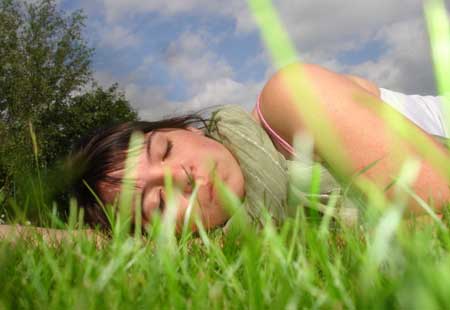 The first question that logically comes to mind is why an influx of electrons would have a beneficial effect in the human body. Dr. Oschman believes that direct exposure to the earth’s electrical rhythms may help promote a normalizing effect on hormone production, sleep patterns and stress levels. An interesting side note is an additional theory that “free and mobile electrons from the earth can resolve chronic inflammation by serving as natural antioxidants”. If accurate, these biochemical changes could obviously provide far reaching benefits for much of the world’s population. (1,2,3)

I was able to locate two peer review, published studies on grounding – one from January 2010 and another from October 2004. These scientific inquiries were conducted by two separate research facilities and were deemed worthy enough to be printed in a reputable medical publication, The Journal of Alternative and Complementary Medicine. The results of the following scientific trials will be the primary basis for my opinion of earthing.

A total of 28 men and women took part in the most recent study of a grounding device. Their ages ranged from 18 – 80 years old. The controlled trial used a double-blind protocol which means that both the participants and the researchers didn’t know when they were using the experimental device or the inactive/placebo device.

When the participants were resting on the grounded recliner chair, they exhibited a decrease in skin conductance (an indicator of stress reduction) and an increase in respiratory rate. There were also significant changes noted in blood oxygenation during grounding, shifts in perfusion index (circulation) and pulse rates. Collectively, these responses were suggestive that “Grounding could become important for relaxation, health maintenance and disease prevention”. Additional research was urged by the authors of the study. (4)

An 8 week trial from 2004 examined the effects of a grounding bed in 12 volunteers suffering from pain, sleep disturbance and stress. The bedding used in the trial was described as “using a conductive mattress pad”. Multiple saliva samples were taken at the beginning and at week 6 of the experiment testing for concentrations of cortisol, a stress hormone. Questionnaires were also employed to determine subjective changes in pain, sleep quality and stress levels. Both daytime and nighttime cortisol levels declined significantly after sleeping on the grounded bed. A trend toward normalization of 24 hour cortisol levels was noted overall. The volunteers reported that virtually all of the pain, sleep and stress symptoms were greatly improved or eliminated by the 8 week point. It’s also interesting to note that the female participants appeared to benefit the most from this therapy. The reason why unclear at this time. (5)

Right about now, some of you may be rolling your eyes in disbelief. I do realize that earthing may seem like a rather “new agey” sort of practice. The use of a grounding bed or chair may, in fact, fall into this category. But, in my opinion, the idea of re-connecting with the ground isn’t so far fetched. Human beings haven’t been wearing tennis shoes and sleeping on NASA tested foam bedding for all that long a period of time. These inventions are certainly useful, but they’re far from natural. I’m not suggesting that we all ditch our clothes, mattresses and sneakers and reclaim a stone age way of living. But I think it’s important to remember that there may be some positive practices from our distant past that can be applied to the present. One example is walking barefoot when it’s practical and safe. Beyond any possible grounding effect, walking with bare feet can promote healthier feet and joints. (6,7,8)

I’m going to adopt a “wait and see” attitude about grounding products. There’s a hint of promise there as indicated by the apparently real physiological changes brought about by said products. But that’s about all that can currently be said on their behalf. The many distributor and manufacturer claims far exceed what is verifiably documented in the scientific literature. For the time being, I would feel much more comfortable recommending spending more time in contact with the ground in a natural setting – lying down or walking barefoot in the park or at the beach, etc. If this topic interests you, consider trying it out for yourself. See how non-commercial grounding makes you feel. The worst case scenario is that you’ll probably expose yourself to more fresh air and sunshine. Fortunately, that’s not a side effect that warrants much concern.


35 Comments & Updates to “Earthing and Grounding”