When I was growing up I had a friend who became a doctor. I remember going to his home one day and asking for his advice about a medical dilemma with which I was grappling. In my 20’s I struggled with depression. It had become severe enough for my doctor to suggest that I begin using a prescription antidepressant. But I had reservations. I was concerned about the impressive list of reported side effects and a whole host of adverse reactions that might occur during the course of long term use. It literally felt like a lose-lose situation. If I was lucky, I might experience an improvement in mood. However, I was almost assured of one or more unintended consequences of treatment such as constipation, dry mouth, insomnia, nausea, restlessness and sexual dysfunction. The feelings that I experienced during that decision making process are shared by many people. And it’s not exclusive to those with depression. Anyone who is prescribed a powerful medication for a chronic condition may very well share similar thoughts. 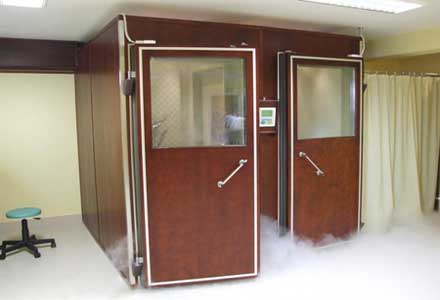 If you have rheumatoid arthritis (RA) you’ll almost certainly be asked to take a combination of drugs that are intended to improve mobility, lessen joint damage and reduce pain. However the real possibility of side effects often influences the decision about the right course of treatment. Anti-inflammatory medications can promote abnormal bleeding (bruising and ulcers) and can occasionally cause kidney and liver damage. Antirheumatic drugs, immunosuppressants and steroids have been associated with a greater risk for bone loss, cataracts, infections and weight gain. Perhaps this is why some research shows that up to 90% of patients with RA incorporate some form of alternative or complementary medicine into their treatment programs. (1,2)

A recent review in the December edition of the journal Phytotherapy Research attempts to summarize the current state of herbal medicine in the management of RA. In this research, scientists from Victoria University in Melbourne, Australia conclude that two natural remedies show the greatest promise as “mediators of inflammation” in those with rheumatism. Oils containing a rare fatty acid known as GLA (gamma linolenic acid) have the largest amount of evidence to support their use. Blackcurrant, borage and evening primrose oil, the best sources of GLA, were deemed promising when given at a dosage of 1,400 mg of GLA/day. Lower amounts of 500 mg or less were found to be ineffective. The second noteworthy herbal medicine is one that I’ve previously highlighted on this site: Thunder God Vine (Tripterygium wilfordii). (3)

After reading the meta-analysis, I couldn’t shake this thought from my head: Two remedies?! That’s it? Do you mean to tell me that RA patients only have these two options from which to choose? I had a hard time accepting that. It’s a good thing too because it led me to investigate the issue further. The result of my curiosity yielded five additional alternatives that may be worth considering.

If I had rheumatoid arthritis, I’d certainly explore every available natural therapy that I could find. Today’s column isn’t a comprehensive review of all of the alternative and complementary options for RA. I simply wanted to point out some of the most recent findings that may be worth considering and that you may not have already heard or read about. Please remember that much of this research utilizes a holistic approach in concert with standard care. An integrative program may very well be the best way to go for many patients. It sometimes allows for greater efficacy and a lower overall toxicity profile. However, it’s vital to consult with well informed health professionals prior to applying a “kitchen sink” approach to RA treatment. One important reason is that certain supplements may interact with medications. The best way to avoid this issue and other common pitfalls is to work with an integrative health team. If you do so, please make sure that they’re aware of the research presented here today.