As a big fan of movies, quotations from films are often in the forefront of my mind. One line of dialogue that’s made an indelible impression on me is from the 2005 box-office bomb, The Weather Man. In the film, the esteemed actor Michael Caine offers some prescient words of wisdom to his adult son, played by Nicolas Cage. “Do you know that the harder thing to do and the right thing to do are usually the same thing? Nothing that has meaning is easy. ‘Easy’ doesn’t enter into grown-up life”. That advice was given with regard to a failing marriage, but it I think it applies to almost every aspect of life and, quite specifically, to natural medicine. 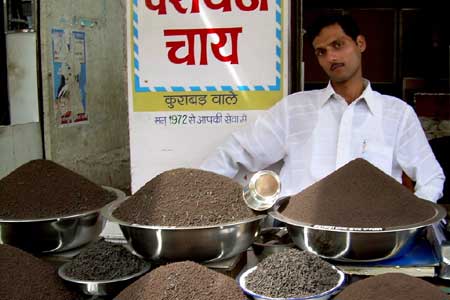 One of my goals is to try to change a prevalent perception that I see in virtually all sectors of the alternative and conventional medical system. It’s a counterproductive point of view that natural medicine: a) cannot be adequately or fairly studied by using the scientific method; b) natural remedies are more basic or primitive than allophatic medications and treatments and; c) we should expect “black and white” answers to issues regarding the efficacy of holistic therapies. To be clear, this problem is not isolated to the mainstream medical establishment. It extends into the territory of natural health manufacturers, practitioners and even patients.

Here’s the problem in a nutshell: The conventional medical community tends to ignore most natural remedies. But on occasion they do conduct a study or two to scientifically assess the value of a specific practice or supplement. If the results are positive, they’re typically viewed as being “preliminary”. However, if the results are negative or not statistically significant, the remedy in question is considered useless. The problem is that both of these attitudes are over simplifications of the truth. As the old saying goes, “The devil is in the details”. There is no place where that is more true than in the field of medical research.

In order to illustrate how complex it is to properly research an alternative “medicine”, I’d like to present the case of “Theaflavins vs. Cholesterol and Heart Disease”. The reason I’ve chosen this topic is because theaflavins, a class of phytochemicals found primarily in black tea, are currently being marketed as a cardioprotective supplement.

A new study published in the European Journal of Nutrition casts some doubt on the ability of theaflavins to positively augment lipid levels. This surprising finding is based on a new trial conducted on a group of 102 patients with high cholesterol. The men and women in the study were divided into three sections: 1) received a supplement containing 77.5 mg of “purified black tea theaflavins” daily; 2) a mixture of 75 mg theaflavins + 150 tea catechins and 195 mg of tea polyphenols; and 3) a placebo containing a small amount of plant fiber (cellulose).

The authors of the trial summarized these results in an uncommonly fair minded manner: “Based on these findings it cannot be concluded that tea flavonoids such as theaflavins and catechins are responsible for the putative cholesterol-lowering effect of black tea, at least not with the daily dose applied in the present study”. (1)

This particular trial hasn’t really made much of a splash in the alternative or mainstream media and it’s unlikely to do so anytime soon. But I think it’s important to address it because I believe almost everyone genuinely wants to know which alt-med remedies work and which are a waste of money. That’s why a little detective work is needed here. Theaflavins have been viewed as promising nutraceuticals for managing heart health based on a handful of positive clinical studies that have been trickling in over past several years.

The cholesterol-lowering track record of black tea first came into question after the publication of the August 2009 issue of the Journal of Alternative and Complementary Medicine. An Iranian study examined the respective effects of two different types of tea on the lipid profiles of 60 diabetic patients over a one month period. The daily consumption of 2 cups of black tea didn’t yield significant changes in LDL, total cholesterol or triglyceride levels. There was, however, a statistically relevant boost in HDL (“good”) cholesterol. (7)

Unlike black tea, green tea supplements are rarely marketed for their ability to influence lipid levels. But a cursory review of the medical literature appears to provide stronger evidence in favor of green tea.

The most recent human trial on green tea involved 33 patients of varying ages (21-71) who were asked to eat a low-fat diet and take either a 250 mg capsule of green tea extract or a placebo for 8 weeks. Half of the participants were given green tea and the remainder the placebo. Blood tests were taken at the start of the trial and at the 8 week mark. After the initial 8 week period, the researchers switched the respective medications given to volunteers. This “crossover” design helps to identify specific changes brought about by the test substance (green tea) vs. the placebo. Minor reductions in LDL (4.5%) and total cholesterol (3.9%) were demonstrated only after the green tea treatment. (8)

A February 2009 trial discovered that a twice-daily dosage of green tea extract, prompted several positive cardiovascular shifts in a group of 111 “healthy adult volunteers”: a drop in both diastolic and systolic blood pressure, LDL cholesterol, malondialdehyde (a measure of oxidative stress) and amyloid-alpha (an inflammatory marker). In addition, a Spanish study from April 2008 found that 5 weeks of daily green tea consumption led to improved vasodilation (vascular function) and a reduction in oxidized cholesterol, which can contribute to plaque accumulation in the arteries and increase risk of heart attacks and stroke. (9,10)

The comparison of black tea and green tea may be more complex than it seems. A group of researchers from Vanderbilt University Medical Center discovered that combining green tea and (black tea) theaflavins may be just the ticket. A 12 week “double-blind, randomized, placebo-controlled” examination of 240 men and women tested the effects of a once-daily capsule of “theaflavin-enriched green tea extract” (375 mg) vs. a placebo. The results of the trial were quite impressive: an 11.3% decline in total cholesterol, -16.4% LDL choleterol and a 2.3% increase in HDL cholesterol. Unfortunately, the green tea + theaflavin therapy in combination with a low-fat diet did not lower triglycerides. On the upside, there were no significant side effects reported. (11)

The above mentioned studies are a very basic introduction into the world of tea and cardiovascular disease. The next stop on our tea trail will focus on pu-erh tea. If you’ve never heard of or tried this health promoting brew, please make sure to read tomorrow’s column.