There’s a chain of high-end health foods stores in the United States called Whole Foods. It’s an amazing place to visit if you’re interested in gourmet foods, all-natural personal care items and the trendiest supplements known to mankind. But cheap it is not. Some people even joke that Whole Foods should be renamed Whole Paycheck because that’s often what you end up spending there. This can be rather disheartening for those who are interested in natural living, but can’t afford to shop in this manner. If you’ve ever felt that way, please be advised that the vast majority of holistic lifestyle choices aren’t cost prohibitive. The trick is finding creative ways to derive the same benefits that normally come with a hefty price tag. 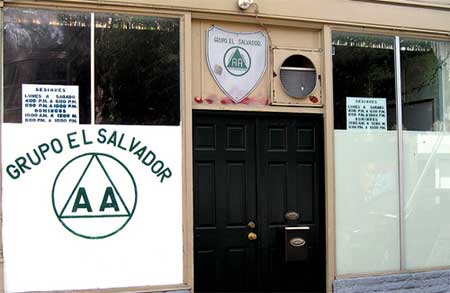 The next time you’re shopping in the dairy isle of your local health food store or market, you may notice a new product by Danone called Shape Lasting Satisfaction. Two new studies appearing in The Journal of Food Quality and Preference tested the effects of this cultured treat on appetite levels in a total of 135 healthy women. The women were provided with this specialized yogurt which contains added protein (8 grams per serving) and fiber (2.6-2.9 grams per serving) or a conventional yogurt as a mid-morning snack. Questionnaires were utilized as a means of determining subjective ratings for “desire to eat”, fullness, hunger and “prospective consumption”. The researchers also monitored exactly how much the participants ate at a meal given 2 hours following the respective snacks. The women who received the “super yogurt” reported feeling a reduction in appetite (-16%). This sensation resulted in an average 274 calorie decline in the subsequent meal. (1)

You can certainly try this new product to see whether it helps promote greater satiety. However, if you’re on a tight budget, you may very well derive similar benefits by simply spiking some regular yogurt with a good fiber source such as ground flaxseeds or shredded coconut and a natural protein powder. You can probably even improve upon the results found in the previously mentioned study by using unsweetened yogurt and adding a small amount of cocoa powder or xylitol-sweetened fruit preserves for flavor. Just make sure to select yogurt that contains “live cultures”. The combination of higher fiber + protein, low carbs and probiotics has been shown to improve: a) hunger hormone levels (CCK and ghrelin); b) feelings of “satisfaction and pleasantness” and; c) “regulation of tissue-free fatty acid composition and uptake, storage and oxidation” – all of which promote a healthier body mass index. (2,3,4)

Everyone wants fresh breath and a healthy smile. Even your cardiovascular system desires it. I’m serious about that! Poor gingival health has consistently been linked to an increased risk of heart disease and stroke. But fortunately an old ally of the cardiovascular system may now also promote improved gum health. A new report in the journal Nutrition has found a link between low levels of DHA (docosahexaenoic acid), an omega-3 fatty acid found in fish, and periodontal disease in a 5 year study involving 55 seniors. The men and women with the lowest intake of dietary fish oil exhibited a 1.5 fold greater risk of “periodontal disease events” than those with the highest omega-3 intake. Previous studies in animal models and in humans suggest that the fatty acids in fish oil may decrease inflammation and reduce regional bone loss that is associated with declining oral health. From a cost and health perspective, purified fish oil is one of the wisest health investments most people can make as gingivitis is a prevalent health condition in people of all ages.(5,6,7,8,9)

A poor economic outlook and high unemployment rates are often a fertile breeding ground for addiction and depression. This is a time when more people than ever require proper medical care and oversight but can afford it the least. That’s why it’s important to remember and remind others that there are free and low cost resources available. Alcoholics Anonymous (AA) and other 12-step groups are one option. A new analysis by researchers from the Massachusetts General Hospital Center for Addiction Medicine has found that part of the reason for AA’s documented success is likely due to an “alleviation of depression”. This observation is based on interviews of 1,706 AA members taken over the course of 15 months. Those who attended more meetings reported less drinking and fewer signs of depression. The conclusion of the study states that “AA appears to lead both to improvements in alcohol use and psychological and emotional well being which, in turn, may reinforce further abstinence and recovery-related change”. Another recent trial indicates that alcoholics who regularly participate in AA can reduce impulsive behaviors that often result in “legal problems”. One of the most noteworthy observations that is continually made when examining the issue of AA and alcohol recovery is that “the abstinence process is an ongoing process in which the alcohol-dependents free themselves of addiction progressively”. (10,11,12)

When I was writing today’s column I was reminded of a lesson that I learned during my screenwriting days. Sometimes the best way to encourage creativity in a writer is to set limits. If you tell someone that they have to create a film with only five characters that takes place within a one-block radius, they’re forced to be more creative than if you allow them to write about anything they want. Limitations often require you to find more creative solutions to your obstacles. In writing and in health care, this will generally require expending more effort. But the end result can be more fruitful and satisfying. The proof can be found by visiting 12-step programs in the wealthier parts of town – which I’ve done. Many people with substantial means continually attend those free meetings rather than seeing a $500 an hour psychiatrist because it’s worth it – in human, not financial terms.