The term “alternative medicine” can be somewhat misleading. If you combine it with the word “complementary”, as in “alternative and complementary medicine”, the meaning becomes considerably more accurate. But even that string of words doesn’t fully convey the essence of holistic healing. The missing link can be summed up in three syllables: pre-ven-tive. It doesn’t sound very snappy, but the phrase “alternative, complementary and preventive medicine” does a fine job of encompassing what natural healing is all about. 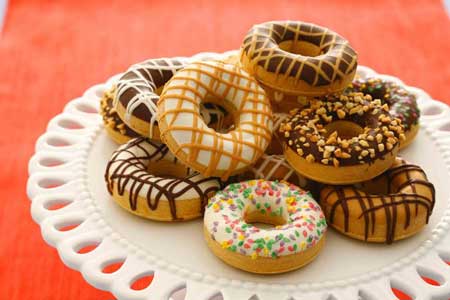 It’s very difficult to witness suffering in others. This discomfort is even more pronounced when the people affected are relatively helpless. I know that my own heart breaks when I see children or senior citizens who aren’t receiving the best possible care. These painful instances epitomize why preventive medicine is at the top of the holistic food chain. Simply put, healthy lifestyle choices can and should span the course of a lifetime. Making the right decisions can encourage the wellness of babies in the womb and afford protection against the worst aspects of aging as well.

Atopic dermatitis or eczema is an inflammatory skin condition that is quite common among infants and young children. Two new studies suggest that diet may often be a determining factor as to which kids are forced to cope with it. The January 22nd edition of the journal Allergy examined the food selection of 763 “mother-child pairs” in order to investigate any possible connection between diet, supplementation and prevalence of eczema. The Japanese researchers overseeing the trial discovered that higher intakes of beta-carotene, citrus fruit and green + yellow vegetables dramatically lowered the incidence of eczema by 48%, 47% and 59% respectively. Unfortunately, not every mother-to-be eats a diet quite like this. The good news is that similar benefits can be found if young children are fed a comparable diet. A recent study of 422 children revealed that those with the highest blood levels of beta carotene, Vitamin E, folic acid and iron were 50-70% less likely to suffer from eczema. The authors of this second trial commented that, “higher antioxidant nutritional status reduces the risk of AD (atopic dermatitis) and that such risk-reduction effects depend on nutrient type”. (1,2,3)

I was also pleasantly surprised to find a recent German review about the role that diet plays in acne occurrence. The report specifically calls out several foods which tend to promote excessive release of insulin in the body. Here are a few of the key points made in the summary: 1) “Insulinotropic foods, especially milk, dairy products and carbohydrates with high glycemic index and smoking lead to pathological exaggeration of already physiologically increased growth factor signaling of puberty”; 2) “acne is the visible metabolic syndrome of skin exaggerated by growth factor signaling of westernized malnutrition” and; 3) the lead researcher goes as far as to suggest that acne vulgaris should be renamed “acne alimentaris” due to the profound link between poor nutrition and skin problems in adolescents.

Many scientists are cautiously expressing optimism about a proposed link between Vitamin D and the prevention and management of autoimmune diseases such as multiple sclerosis. The latest hopeful sign of this arena can be found in the current issue of the Annals of Neurology. Blood samples were taken from 110 young MS patients over the course of approximately 1.7 years. At the beginning of the study, all of the participants were under the age of 18. Supervising physicians took note of the frequency and severity of MS-related relapses that each volunteer experienced. The results indicate that there was a 34% reduced risk of relapses for every 10 ng/mL increase in Vitamin D levels. In other words, a patient with a Vitamin D level of 20 ng/mL would have a 34% greater relapse risk than a similar patient with a D level of 30 ng/mL. The primary author of the study, Dr. Ellen M. Mowry, summarized the findings in this way: “Although we do not yet know if Vitamin D supplementation will be beneficial for MS patients, the fact that there is a clear association between Vitamin D levels and relapse rate provides a strong rationale for conducting a clinical trial to measure the potential impact of supplementation”. (4,5)

Two other MS/Vitamin D related studies were published in the past few months: the first trial reports that higher serum Vitamin D (25-OH D) may be linked to lower levels of a substance known as IgG (immunoglobulin G), a marker of MS activity. A separate article in the December issue of the Journal of the Neurological Sciences comments on the potential role of Vitamin D in protecting against MS-related bone loss due to the use of glucocorticoid medications. (6,7)

The previous research mostly focused on prevention or subsequent interventions. Now let’s turn to the alternative and complementary side of the holistic equation. Acupuncture is a widely utilized Eastern therapy that can sometimes replace conventional care – this represents the truest sense of an alternative. However in many instances it’s also used as a complementary treatment that may improve outcomes and minimize side effects typically associated with standard care.

Three new studies have examined the potential of acupuncture with regard to women’s health. One of the trials followed 92 young women (14-25 years old) suffering from menstrual pain over the course of one year. During that time, half of the women received 3 months of acupuncture – a total of 9 treatments. At the 3 month mark, those receiving acupuncture reported lower pain scores and “a small reduction in mood changes”. After 6 months, the acupuncture group noted “a significant reduction in the duration of menstrual pain” and required fewer pain relievers to cope with said symptoms. In addition, there were no safety issues documented in relation to the acupuncture treatment and it was deemed “acceptable” by those receiving it. (8)

Minimizing the use of synthetic medications during pregnancy is generally considered desirable by both allopathic and holistically-minded physicians. A Swedish investigation postulates that acupuncture may be a viable alternative to conventional analgesic drugs in pregnant women suffering from low back and pelvic pain. This suggestion is based on a study that was conducted on 40 expectant mothers who received 6 weeks of acupuncture treatment – 8 thirty-minutes sessions in all. It’s interesting to note that half of the participants began treatment at the 20th week of gestation and the remainder started at week 26. Both groups demonstrated significant pain relief and an improvement in quality of life. (9)

Finally, the January 25th edition of the Journal of Clinical Oncology provides an example of using acupuncture in a complementary fashion. 38 women undergoing breast cancer treatment were assigned to “true acupuncture” or sham acupuncture to determine whether either modality might reduce treatment-related joint pain. The true form of acupuncture involved site-specific treatment whereas the sham variety placed needles in “nonacupoint locations”. All of the women received twice-weekly acupuncture for 6 weeks. The participants receiving the true form of acupuncture reported reduced “pain-related interference” and pain severity as quantified by an index known as the Brief Pain Inventory-Short Form. Both forms of acupuncture were well tolerated. The researchers concluded that the women treated with true acupuncture “had significant improvement in joint pain and stiffness, which was not seen with sham acupuncture”. This finding indicates that acupuncture may facilitate a more tolerable experience for breast cancer patients and possibly reduce the number of women who would normally discontinue conventional treatment. (10)

There is a hierarchy by which many holistic practitioners view alternative, complementary and preventive medicine. Prevention is the undisputed king. Historically or scientifically proven alternatives are a distant second and complementary practices are the final resort. The reason for this order is that prevention provides a foundational, long-term approach to wellness. It’s proactive not reactive. The need for alternative remedies often arises because a dedicated and personalized approach to wellness isn’t fully in place. But none of us is perfect and we live in a world that’s littered with plenty of pitfalls. Therefore, there is a real need for alternative “medicines” at times. However, they should be employed much like conventional medications: a) try not to depend on them; b) use them judiciously and only as needed. Finally, in the event that one absolutely requires an allopathic/conventional intervention (prescription medications, surgery, etc.), they should also look into the possibility of supporting that treatment with complementary therapies from the natural side of the healing spectrum.